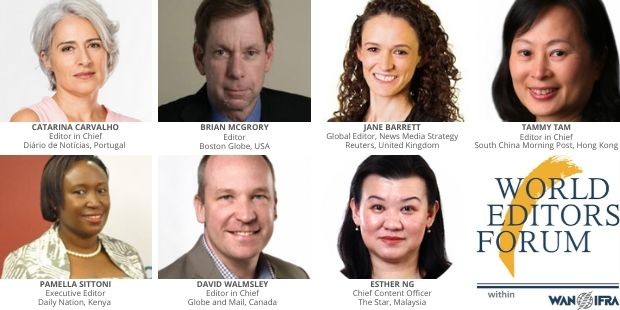 At a meeting of the Board of the World Editors Forum in Paris last Wednesday, seven new members were elected. They are:

Warren Fernandez, Editor of the Straits Times and current President of WEF said:  “We are thrilled to have these distinguished editors join the WEF Board at this time. They will bring much expertise and diversity and will add greatly to our discussions on the common challenges we face in the media. They have big shoes to fill given that some heavy weight editors are stepping down to allow for succession. But given their experience in and commitment to journalism, I have no doubt they will add much to our deliberations on the way forward for the media.”

The full board is:

The World Editors Forum has been connecting editors around the world for the past 27 years. It is focused on the future of quality journalism, newsroom transformation and defending and protecting press freedom. It operates within the World Association of News Publishers (WAN-IFRA).