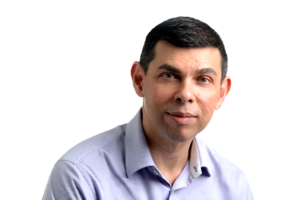 The doom and downwards drift of the past few years is passing, as more titles come to embrace new approaches and revenue streams.

It won’t be easy, and not all news brands will thrive or even survive, but I see many reasons for optimism about journalism’s future.

In an age of “alternative facts,” fake news and deep fakes, there is a growing awareness that reliable news and credible views are critical if democracies and markets are to function effectively.

This recognition has been some time in coming. Indeed, the Oxford historian Professor Timothy Garton-Ash had highlighted the dangers of market failure in the media industry in a speech at the St Gallen Symposium in Switzerland in May 2017.

“The Internet is destroying the business model of newspapers. For at least two centuries, we have had a public good – news, the information we need for democracy – delivered by private means,” he said.

News organisations built up professional newsrooms on the back of advertising revenues, supplemented with cover prices, at the newsstand or through subscriptions, he noted.

“The internet has just knocked away both these pillars. So the newspapers produce the information. Facebook and Google get the profit,” he added, pointing to the deleterious effect this development was having on newsrooms all round.

“The amount of serious news, investigative journalism and foreign reporting is going down because that’s expensive. This is a real problem for the journalism we need for democracy. What we have here is potentially a market failure in the marketplace of ideas.”

Fast forward to today, and it is now widely accepted that the hope that growing a digital audience would bring in the revenues needed to mitigate the decline in print is unlikely to deliver on its promise, since the bulk of online advertising is being mopped up by tech platforms.

So, more newsrooms have been turning to their audiences to pitch in, through paywalls, subscriptions or memberships of some sort. Thankfully, a younger generation, brought up in the Spotify age, is more ready to pay for content they value.

The upshot of this: The idea that quality and reliable content is costly to produce – and so cannot be free – is taking hold.

More news brands are following the leads of The New York Times, Financial Times, The Wall Street Journal, the Economist, all of which have built up large digital subscriptions.

Digital subscriptions on the rise

Similar trends are seen in Germany, the Scandinavian countries, and also in Singapore. At The Straits Times, which I helm, digital subscriptions are on the rise, and a recent campaign to draw new readers with 24-month subscriptions bundled with a new tablet saw several thousands signing up within weeks, more than we had anticipated.

A second reason for optimism is that news organisations are not only discovering new sources of revenue but also seeking out new avenues for collaboration.

These range from working with community groups, such as schools or public institutions, to gather and deliver news more effectively. Some are also tapping grants from government or private foundations to help support purposeful journalism, on issues such as tackling climate change to countering corruption.

More newsrooms are also coming round to the idea of working together on content projects or to share resources for capacity building.

But, to my mind, a third and more recent trend might hold the most promise in charting the way forward for the media. Some news groups are turning themselves into public institutions, focused less on profits and more on their primary purpose of delivering quality journalism.

The Lenfest Institute in Philadelphia and the Salt Lake Tribune in Utah are among recent examples, taking a leaf from the Guardian in the United Kingdom, with similar initiatives being considered in Portugal and elsewhere.

Pennsylvania University professor Victor Pickard, who will be a speaker at the World News Media Congress in Zaragoza, Spain in June, believes that more will come to see the wisdom in this.

In a recent post for Nieman Labs’ Predictions for Journalism, 2020, he said: “In 2020, we will come to see the journalism crisis as an opportunity to reclaim and reinvent a public good. This shift in how we see a national – and increasingly global – tragedy will come gradually. But as the ravages of systematic market failure become increasingly undeniable – growing news deserts, widening informational divides, and vulture capitalists picking over what remains of the fourth estate – we’ll be forced to transcend commercial confines to imagine a new kind of journalism based on public ownership.

“In many ways, this will be a return to sanity. News was never meant to be merely a commodity, and publishers’ fealty to the market has always caused social harms. Today, as profit-seeking drives journalism into the ground, we must decide whether to let all but a few national papers and niche news outlets perish, or whether we instead salvage good assets from bad owners and rescue from the market’s maw an indispensable public service and democratic infrastructure.

“Liberated from profit-driven, absentee owners and instead governed by the journalists themselves and by representative members of the public, newsrooms will look more like the diverse communities they serve. By changing news media’s core structures of ownership and control, we will finally let journalists be journalists.”

These are hopeful signs that paths to a sustainable future for our newsrooms are being charted, even if there will be pitfalls along the way and challenges to overcome. Media leaders will have to step up and win the support of key stakeholders – audiences, business partners, newsmakers and also governments – for our efforts to continue delivering a key public good.

To help do so, the World Editors Forum will mark World News Day on 28 September 2020.

We plan to build on what was achieved last September, when 40 newsrooms from around the world came together for WND, to showcase the work of journalists, in shaping policy debates, exposing abuse and corruption, uplifting communities and highlighting local initiatives that are making a difference in society.

Our aim is to celebrate quality journalism, and in doing so, remind our audiences – and ourselves – of the critical role that professional journalists and newsrooms play in the communities we are meant to serve.

The writer, Warren Fernandez, is President of the World Editors Forum, and also Editor in Chief of The Straits Times in Singapore