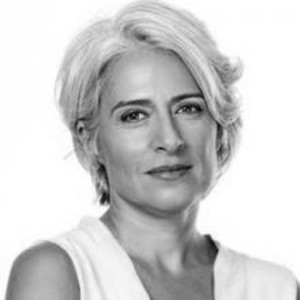 At the end of 2019, Portuguese journalists gathered in Cascais, to discuss … the media. It was a conference organised by the journalist’s union and importantly, sponsored by the President, whose support meant a lot in a very institutional country like Portugal.

Journalists and media executives met to talk about revenue models and streams. But they ended up complaining too much and thinking too little about solutions, as happens so often in these “industry gatherings.” The blame game went from owners to politicians, to executives and administrations, to journalists and to the market.

Of course, everybody is to blame in this crisis. There is a Portuguese saying: in a house with no bread, everybody fights, and no one is right. In a kind of free translation, this means that the weak financial situation has led to many mistakes, to very slow change and digitalisation, to very weak governance and leadership of media companies.

So, the setting we find ourselves in at the start of 2020 is dark – and the Portuguese sun doesn’t help. Media groups may live on some seemingly good annual results, but the profits hide huge debts, declining print sales and shrinking audiences (TV included). Added to this, the 10 million population’s relatively low level of literacy leads to problems in readership and hinders engagement with real journalism.

This is why people show little willingness to pay for any kind of news service. We have some examples of growing paying audiences, like Publico and Observador– but they are, nevertheless, not enough to sustain a business. Some journalistic startups have blossomed, but they are few, and they struggle with scarce reader support and are all in financial agony.

Part of the reason for this is the copy-cat effect: as soon as an investigation is published behind a paywall, it is copied by the other media outlets and presented free to their readers.

The very weak economy does the rest – although Portugal recovered from the economic crisis of 2009-2016, this was the first time that the revival didn’t lead to a growth in ad revenue for the media.

Digital revenue is decreasing as Facebook’s penetration has gone up to almost 90% of the population and it gets most of the digital advertising cake. Social networks are where the majority (80%) of people get their news and information.

So, seeing all this, and coming from a media background, the new Culture Secretary of State of the socialist government, Nuno Artur Silva, decided to take some action, boldly stating that he was considering state support for the media. He had one thought in mind: if nothing good happens in Portuguese journalism, freedom of choice and access to information could be at stake. He used the conference in Cascais to take notes on what could be done and has been talking to peers and people in the industry.

When the WAN-IFRA/Google News Initiative Table Stakes Europe project came to Lisbon in December, Silva spoke informally to some members, and he was able to do some benchmarking – especially about direct subsidies.

Portuguese media have been saved from the most acute forms of polarisation and division – but this could soon change with some political and media moves. We have been witnessing the rise of the more radical political parties in parliament, and we’re about to see a big merger of two popular (and semi-populist) media groups (Mediacapital and Cofina).

At Diário de Notícias, the oldest newspaper in Portugal, which went digital only in 2019, we have been doing an investigation in conjunction with a university to help audiences identify the sources of fake news and disinformation. And we are working with API in a project to teach some media literacy across generations and in the whole country.

If there is a time to act, it’s now – in Portugal and everywhere. We may feel it more acutely in small countries, with non-scalable languages – Portuguese in Portugal is quite different from Brasil or Angola and Mozambique.

Fortunately we have somebody in government who is worried enough. But as yet, no support is forthcoming: there is nothing for the media in the 2020 national budget – no tax relief, no funds or even ideas.

Let’s hope decisions will be made soon and that it is not too late. We may get an innovation fund, a campaign or help in building a new non-profit sector.  Anything is better than nothing.

The author, Catarina Carvalho, is Executive Editor in Chief at Diário de Notícias and a member of the World Editors Forum Board.