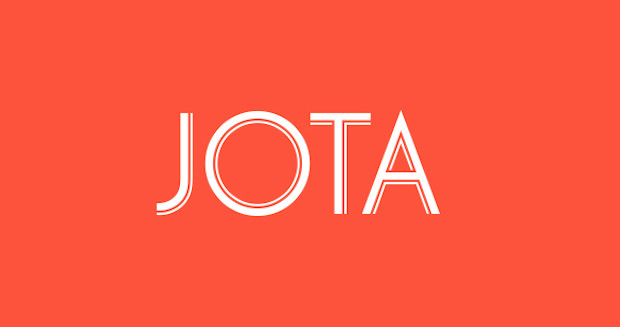 “For the average reader who just wants to be well-informed, a lot of what we were covering was very technical and difficult. So we didn’t have a big readership for these kinds of articles,” he says.

“On the other hand, we had people who needed more in-depth information because they were working in that field, such as lawyers or investors. You were in limbo, writing for an audience that didn’t necessarily want to read that coverage, while not being able to go into enough detail for the people who wanted to. That was the motivation behind creating JOTA.”

Initially focused on covering the judiciary only, JOTA quickly proved successful (the site was profitable just a year after launch), which led it to expand coverage to all branches of government. Its staff has grown from just five people initially to some 60 people today with offices in Brasília, São Paulo, and Rio de Janeiro.

In 2019, it bagged WAN-IFRA’s World Digital Media Award for Best Digital News Start-Up, with one judge calling it “a product of unquestionable quality that stands out for its business model.”

JOTA is targeting both individual subscribers as well as corporate clients with different subscription offers. After registering, readers get access to 10 articles per month for free, as well as to several newsletters.

An individual subscription costs 19.90 Real per month (about €4.40), and encompasses articles on the website, a daily analysis of news from the legal field, and several newsletters. JOTA has some 600,000 unique visitors a month, and a base of 300,000 registered readers. Every month, some 15,000 people sign up for free, Seligman says.

The most important revenue stream, however, is the pro subscriptions aimed at companies and corporations, which make up 70 percent of JOTA’s income.

“We have a very product-oriented organisation, so we always put our readers, our consumers in the centre, and think about their needs,” – Felipe Seligman, co-founder, JOTA

“How can we evolve constantly to make sure we can address their needs, not only today but tomorrow and in the long term? That’s our mindset. That’s why we keep evolving,” he says.

With this in mind, JOTA offers its customers a wide variety of products to choose from to ensure all of their informational needs are met.

They can subscribe to three themed packages (or verticals): JOTA Tributário, which focuses on tax issues, JOTA Poder, which deals with governmental institutions, and JOTA Saúde, which tackles health-related topics.

For example, the “basic” option for the tax vertical includes a morning newsletter featuring the most important news related to tax matters from JOTA and major newspapers, as well as unlimited access to the website.

The “complete” option also includes reports and behind-the-scenes information on the outcomes of judgements at the Supreme Court, as well as of the sessions at the Superior Chamber of Tax Appeals.

A personalised offer for subscribers

The outlet has also been working with branded content in the form of sponsor discussions, which, along with individual subscriptions, account for 30 percent of revenue. As part of JOTA Discute (JOTA Debates) companies and foundations can sponsor independent and balanced content, online and offline, to shed light on specific technical issues.

But JOTA is offering its pro subscribers more than just in-depth reporting. With the help of its data science team, the outlet created a poll aggregator, leveraging an algorithm to combine different election polls to predict whether or not certain bills will become law.

“For instance, if you are an investor and there is a bill that might impact the investment environment, you can follow the algorithm to find out how likely it is to become law. We have more than 90 percent accuracy in every prediction,” – Felipe Seligman

JOTA also launched a Twitter bot (@ruibarbot named after famous Brazilian jurist Rui Barbosa), which flags high profile lawsuits anniversary dates. With more than 200,000 followers to its main account (@JotaInfo), Twitter is one of the most important social media platforms for JOTA.

“Sometimes we do special coverage exclusively on Twitter. We don’t even link to anything there, we just use it because we know it’s good for our brand. We got quite famous in Brazil for using Twitter to cover sessions and report directly there,” Seligman says.

With a business model reliant on subscribers, JOTA continues to try and anticipate their needs, finding new ways to convert and retain them. One top priority is to create a more personalised environment.

“We would like to create our own environment, our own terminal in which a person can personalise the information they want to receive, what they don’t want, and which topics are important. We want to offer more than just a website,” he says.