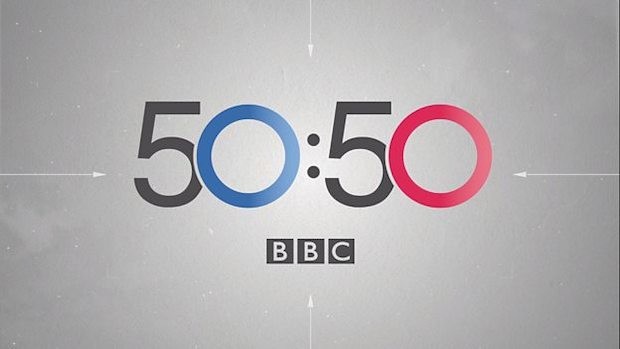 The BBC’s 50:50 Project, which started out as a grassroots initiative led by Outside Source presenter Ros Atkins in 2017, has become the corporation’s biggest collective action aimed at improving women’s representation in content to date. Participating teams independently monitor the number of men and women contributors in their programmes, and act on that data with the goal of achieving a 50:50 split.

This year, the BBC is launching a pilot focused on the representation of people with a disability, and people from Black, Asian, and minority ethnic (BAME) communities in its content, applying an adapted methodology.

“Over the next few weeks, I’m holding focus groups, and will try to address anything that people think will work or won’t work, not only for what are we aiming for but also from the logistics side of things,” said Nina Goswami, BBC journalist and creative diversity lead, who will share more details about the pilot at this year’s World News Media Congress in Zaragoza, Spain.

“50:50, as it is at the moment, is relatively easy to count, whereas there is obviously more complexity around ethnicity and disability. There’s a lot more to work through from that perspective. It’s going to be very important how we approach that, which is why we’re not just jumping in. We want to get it right and we want to follow what we did with 50:50.”

During the first month of the pilot, planned to start in March, participating teams will monitor their current figures to create a benchmark for their team. The following month, teams will start using their data in a proactive way to try and improve the diversity in their content. Around 20 teams will focus on BAME and 20 on disability, and likely try to achieve representation that is in line with the BBC’s workforce figures for BAME and disability.

In addition to focusing on better representing these groups, the BBC continues to expand the gender side of 50:50.

Currently, more than 550 BBC teams are taking part, and more than 50 external partners have signed up to replicate the idea, including seven universities and academic institutions, which will apply the method in their journalism courses this year.

“When students produce content, they are aspiring to reach 50 percent women,” Goswami said.

“When journalists have that kind of mindset from the beginning, then we’re in for a win in terms of making sure that diversity ends up on screen, in print, and on radio.”

The 50:50 project’s methodology is underpinned by three core ideas: Teams self-monitor and collect data to affect change, they only measure contributors they can control, and the best contributor is always used, regardless of the impact this might have on a team’s numbers.

In a report from May last year, the BBC announced that 74 percent of teams who were working on English language programmes and had been part of the initiative for at least 12 months achieved a 50:50 split of men and women contributors, while a majority of the remaining 26 percent were close to reaching the target.

The focus on improving the representation of women in content is also being felt by audiences. In the same report, the BBC said that one in three people who took part in representative surveys noticed more women in BBC programmes compared to a year before, a number that has since gone up to one in two.

“Obviously, the best thing will be when we don’t need for the audience to notice, when it just feels natural and right for them, so we’re moving in the right direction, and that’s brilliant” Goswami said.