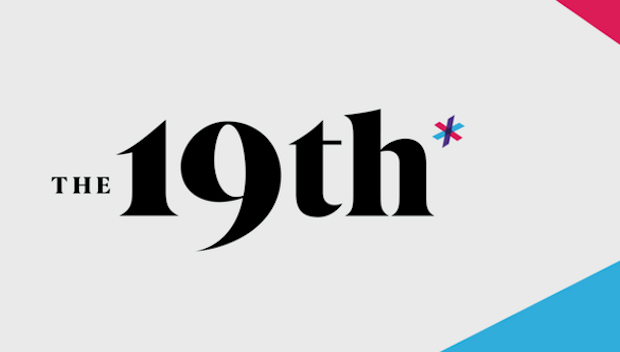 The 19th is a nonprofit, nonpartisan newsroom reporting at the intersection of gender, politics and policy. Its name is a nod to the 19th amendment to the US constitution, which prohibited the government from denying citizens the right to vote because of their gender. The 19th’s founding team is made up of five women, including co-founder Amanda Zamora who previously worked at The Texas Tribune along with Ramshaw.

The organisation kicked off its 2020 reporting with a publishing partnership with The Washington Post, and plans to fully launch in the summer. In the meantime, The team is hosting a national listening tour in partnership with the League of Women Voters and The Riveter as it works to build The 19th’s newsroom and community.

“We’re focused on giving women — particularly those underserved by and under-reflected in American media — the fact-based, nonpartisan news, data, tools and community they need to pursue equal footing across the nation’s power structures,” Ramshaw told WAN-IFRA.

“We will empathise with women in America and elevate their voices; we have a vested interest in exploring how women’s life experiences shape their political stances and voting decisions.”

Ahead of her appearance at the World News Media Congress, Ramshaw shared some more details about her new endeavour.

WAN-IFRA: You left a respected news organisation, the Texas Tribune, to start The 19th. Why?

Emily Ramshaw: In short, because the one thing I care about more than Texas, politics and policy is women, politics and policy. And while American women are more engaged than ever in the political process, and vote at higher rates than men, they remain far underrepresented at all levels of government, and in the nation’s executive ranks. They’re also underrepresented in newsroom leadership, which influences how the news is covered, whose stories are told and whose voices are elevated.

What is your aim for 2020? And your personal resolution?

Women in America aren’t monolithic, and they’re the majority of the American electorate. We aim to cover them as the considerable and formidable voting bloc that they are, not as a special interest group. We hope to elevate the caliber of 2020 political reporting by injecting more voices and more nuance into the coverage.

Do women relate to politics differently? How?

Absolutely — starting with the fact that for women, “electability” is still a question. And they’re underrepresented in all levels of American government. There are so many issues that more directly affect women’s lives — from disparities in pay to access to health care. Our storytelling aims to empathise with the lived experiences of American women.

Will you manage your team of women differently from normal news organisations? How/Why?

First of all, we won’t just hire women — we’ll hire the best possible person for the job, regardless of gender or gender identity. What we will do is provide the kind of benefits and lifestyle that allow our employees (yes, many of them women) to advance in their careers *and* manage their personal lives. This includes six months of paid parental leave, four months of paid caregiver leave and the flexibility to work where and when works for you.

What kind of response have you had to your launch?

The early response to our soft-launch has been extraordinary. Within the first 48 hours we’d raised almost $100,000 in small-dollar donations (many of them in $19 increments). The first stop on our national listening tour sold out in a couple of hours. And we had thousands of subscriptions to our email newsletter. All of this before we even wrote a single story! It’s a testament to the fact that there’s a hunger out there, for nuanced news and for community.

You are launching in an election period. Do you anticipate this will be peak interest or ongoing growth and engagement?

I think this is just the beginning. Women are increasingly mobilised and engaged and interested, and I don’t see that ending after 2020.