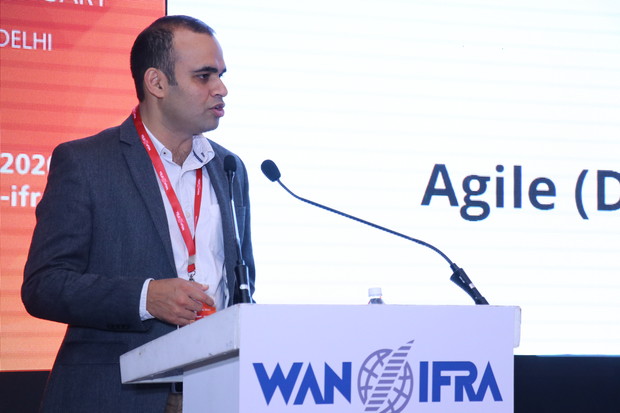 When it comes to digital transformation, most organisations have the intent to change and readiness to adopt technology, yet many fail during the transformation process.

Shrivastava, thinks the answer to this lies in the creation of cross-functional teams with a common goal and agile iterative model that involves consultation at each stage of transformation.

Siloed execution and the mammoth exercise of collecting and analysing data often drive up the costs in organisations.

Added to this are the time-consuming manual operations across departments. Individuals frequently have many tasks they have to do before completing his/her actual job.

Result? Costs shoot through the roof.

“Cost is a side effect of a number of activities you do. If you try to attack cost directly you are attacking the symptoms of the disease and not the disease itself. When you discuss how technology can play a role in bringing down costs of an organisation this should be kept in mind,” – Ajay Shrivastava, HT Media

Not just a legacy problem

While the general tendency is to think that these are problems associated with legacy organisations, Shrivastava begs to differ.

“People think these are problems of legacy organisations, but digital ones also have the same problems. I have been with digital organisations throughout my career,” he said.

Before working with HT, he worked with startups such as Oyo and Knowlarity as well as with marquee tech companies, including Intel, Microsoft, Adobe, Expedia and LinkedIn.

“During transformation, typically any organisation goes through a process of change-immobilisation-denial-bargaining-depression-testing-unenthusiastic acceptance to reach from stability to positive acceptance,” Shrivastava pointed out.

“It’s impossible to eliminate this process; you can only minimise it. While that happens on one side, on the other side there will be the problem of product development and adoption being different from the way you planned it. When these two are happening together, most transformation projects fail,” he said.

In 2015 Shrivastava joined the hospitality startup Oyo, which today is the world’s third largest hotel chain in terms of room count. He built its technology from scratch and powered its growth from five cities to 200 cities and 100 hotels to 7,000 hotels.

As to why transformation projects fail, he listed a few key reasons.

“From the company’s side, change agents or disruptors are attacked by the entire system. Whereas change agents make the mistake of putting all their eggs in one basket,” he said.

A strong advocate of agile model, Shrivastava further elaborated on the problems of what is known as the waterfall model in the software world.

In the waterfall model, the change agents commit to an ideal end result, but fail to collect feedback during the progressional phases. In such a model when the final product hits the ground, chances are high that others are not happy with it and the project therefore fails.

Shrivastava pointed out that many organisations tend to optimise for the subsystems and not for the whole, while it should be the other way.

“When things go wrong in one department people of the other departments say ‘It’s not my fault.’ But they don’t realise if the boat sinks, everybody sinks together. We have to ensure that even if subsystems are slightly suboptimal, the super system is optimal,”
– Ajay Shrivastava, HT Media

Even in situations where the entire project was delivered, if adoption didn’t happen because people were just too busy to embrace change, the transformation would fail.

Shrivastava pointed out the solution to this has two parts.

1. The transformation should be iterative and executed in multiple steps.

2. Create cross-functional teams within the organisation with one single goal.

“De-risk your entire execution by doing it in smaller pieces over a period of time. Roll it outside and get live feedback from the ground. Then chances of success are high because it is constantly being discussed with people who would be using it,” – Ajay Shrivastava

In addition, it is essential that various departments should discuss the problems together instead of working in silos.

“They should be aware that they will be together no matter they sail or sink,” Shrivastava said.