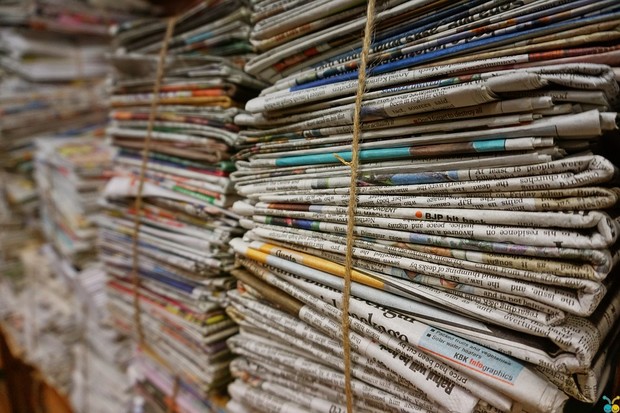 The sudden economic downturn has forced businesses to cut back on their advertising, the major source of revenue for Indian newspapers.

On top of this, the suspension of public transport has forced several publishers to stop circulation in many cities for the time-being.

There is no physical edition of Hindustan Times in Mumbai today on account of restrictions aimed at preventing the spread of Covid-19 that have made it difficult for our distribution partners to deliver newspapers. There is, however, an e-paper edition at https://epaper.hindustantimes.com

74 people are talking about this

Says Mohit Jain, Executive President at Times Group: “Industries are shut. Consumption has got limited to the very basic. Obviously, it becomes difficult for the advertisers to continue with their expenditure.”

“The situation clearly has massive industry implications for revenue with advertising revenues being under severe stress,” said a spokesperson from The Hindu Group.

Direct ad sales, which heavily depended on face-to-face meetings with clients and ad-agencies have been affected and are now being re-adjusted to optimise business without meeting in person.

“Our primary focus during this time has been on ensuring we reach our subscribers safely and on time and ensure we educate subscribers that our products not only disseminate fact based and verified news but are also safe thanks to all the safety measures in place,” the representative told us.

While the Central government in India has declared print newspapers an essential service, Jain says distribution and circulation are suffering due to the suspension of traffic.

Likewise, increasing instances of newspaper delivery boys refusing to step out or being hindered by local authorities have been disrupting the distribution process.

Added to this, the fear some people have about newspapers being potential carriers of the virus, makes it harder for publishers. Though this fear seems to be an unfounded one, as mentioned during Wednesday’s WAN-IFRA newspaper production webinar.

On the digital side, publishers are also struggling with getting advertising.

“There is a definite slowdown in ad revenue with no decisions being taken and several deals being stalled for now,” said Ritu Kapur, CEO of The Quint.

For The Hindu’s digital operations, the direct revenue that is generated by the sales team has seen a negative impact. Even for programmatic revenue, most of the advertisers have marked Covid-19 as a negative keyword resulting in negative impact on Covid-19-related content, which is witnessing a huge surge, the company spokesman said.

The Wire, which primarily follows a donation-based business model, has not faced a significant impact on ad revenues. Although one of its recent events had to be cancelled, it had a limited impact because events do not form a major share of the company’s revenue. 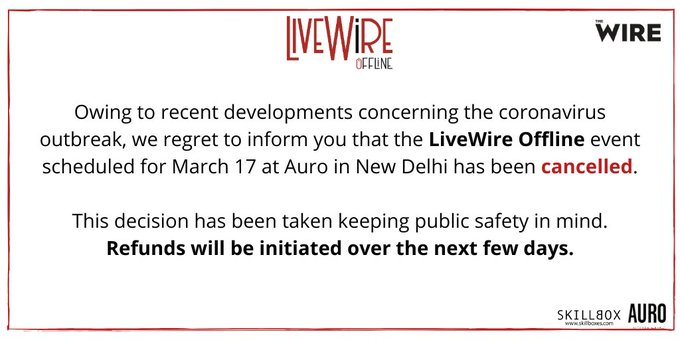 However, Sidharth Bhatia, The Wire’s founder editor, says that a sustained impact of the pandemic on the economy would have repercussions for them.

“If the economy suffers in the medium term, it will impact us too, even though we are mostly donation led, not revenue led. There could be a drop in donations and revenues – we will have to watch out for that,” –Sidharth Bhatia, The Wire.

Times of India has set up a “business continuity” team to tackle many of the challenges.

“We are trying to integrate various parts of the organisation to provide internal infrastructure in terms of IT, HR, administration and our procurement,” Jain said. “Then we try to work with the editorial staff so that we can split the desk in two different locations – so that in case somebody has to be quarantined there is an alternate desk where people can operate till those from the other desk recover. In the distribution area, we are working with the trade to try and lend support.”

In fact, several newspapers have also come together to try and ensure unhindered distribution.

“We are not collaborating for content as of now, but for other industry efforts like how we can deal with unions collectively to ensure smooth distribution,” Mohit Jain, Times Group

He also noted that newspapers are collectively talking to the government as well as joining hands to diffuse fake news against printed newspapers.

Mutual printing arrangements are also being agreed upon.

In Mumbai where Times of India has two plants and Hindustan Times has one, the publishers have come to a broad understanding for reciprocal arrangements.

“If your factory gets shut down because there is a case of Covid-19 infection at your plant and you are unable to print for 3-4 days, then probably we can help about it, that’s the understanding,” Jain says.

Not all doom and gloom

A silver lining is the boost in traffic for digital players. Kapur notes that their health site Quint Fit has seen a surge in traffic.

The Hindu has seen a 15-20 percent spike in online traffic.

“There is a larger interest in Covid-19 stories. Moreover, as The Hindu is a trusted source of information, the number of articles which people are sharing on social media and messaging apps like WhatsApp has also seen a spike,” the company’s spokesperson said.

“While we have doubled the number of free articles available to any user on The Hindu’s website to 20, there still is a growth of about 30 percent in digital subscription,” – The Hindu Group spokesperson

Bhatia of The Wire noted that while there has been an increase in traffic to their website, it’s too early to say how much of that is due to Covid-19 impact and whether it would sustain.

Uncertain about the future, publishers in India, like those throughout the world, are planning what they can for the short-term and revising as needed. In Kapur’s words, “We are playing it by ear – week on week.”