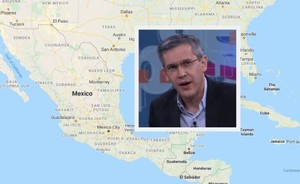 MEXICO CITY – The letter had the look of an official document, complete with the logo of the Mexican Institute of Social Welfare, the largest public health agency in the country. It was a status report about one of the institute’s hospitals in my hometown of Torreón, in northern México: a cluster of 34 patients had tested positive for Covid-19.

The letter was circulating widely on social media, particularly on WhatsApp groups, at a moment when the city had only one confirmed case of the disease. Because nobody believed there was really just one sick person in a city of 1.2 million people, the news of 34 cases was credible – and scary.

But there was something about the letter, and a quick verification proved it was a fake. The letter was dated March 5, but it had a stamp saying it had been received in February. It was addressed to a doctor whose title was “Epidemiologist in charge, Covid-19”, as if the federal bureaucracy had already created a whole department named after the disease. A search of that person’s name revealed she was indeed a doctor, in history, and years ago had been the director of the National Archives.

The letter was debunked. I described the flaws on a Twitter thread that was spread by other journalists, and yet three days later it was still circulating, and I was still getting questions about its authenticity.

It’s hard to imagine who would want to deliberately cause panic or who would think that was a good joke. Maybe people are stretching the imagination to pass the time during the quarantine. What is certain is that there is fertile ground for lies to be believed in a time of anxiety.

But a brighter side of virality (pardon the pun) on social media is also emerging. The calls to action, the campaigns in favour of businesses and non-profit organisations, the way civil society has emerged to face the crisis, sometimes even ahead of government.

At the same time someone was peddling the fake news of a Covid-19 cluster in a major city hospital, local restaurant owners were discussing ways to come back from the freeze that isolation and social distancing had created. They launched a website where customers can buy certificates that can be redeemed for discounts once the crisis is over.

Elsewhere, a civil society coalition that had in the past launched environmental campaigns, partnered local doctors to promote stay-at-home measures and launched a crowdfunding campaign to buy medical supplies for doctors and nurses. Other organisations started delivery services to buy groceries for older people.

For journalists it has been a unique experience, covering a major story, one of the most important of our careers, while seeing how it brings out the best and worst of our communities.

We need to cover it all. From the people peddling fake news and conspiracy theories on

WhatsApp, Facebook or Twitter to the selfishly called “influencers” that boast on Instagram about how they’re weathering Covid-19. But also, the people who are joining forces to mitigate the economic or social blow that isolation can bring, the groups that take food to people in need, the businesses that reorganise finances so they can keep paying employees.

For Mexican journalists, there is another aspect to this parade of contrasting scenes, and ithas come from the government that reacted to the epidemic by sending mixed signals. On one hand, health authorities warned of the need to take social distancing measures and tosuspend economic and social activity. On the other, president Andrés Manuel López Obrador kept his scheduled rallies, sometimes gathering 5,000 people, kissing and hugging supporters. State governors reacted with more speed than the president and by the time the federal government announced restrictions in movement and activities, many states had already ordered them.

For journalists it has been a confusing time. In México we have the experience of the H1N1

The influenza epidemic that broke out in our country in 2009, and we already had the awareness of isolation and distancing measures. But that was an epidemic from long ago, when WhatsApp was barely being born and Twitter and Facebook were less than five years old.

The need to cope with an avalanche of information is taking us on one of the wildest journeys of our careers.

Javier Garza is a Mexican jouranalist and safety consultant. He serves on the board of the World Edtiors Forum