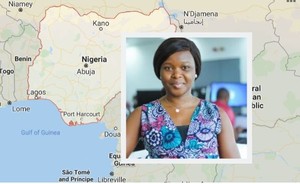 I was at a crossroads of whether to shut the Lagos bureau or not. Shutting the bureau, which is the West Africa headquarters of the BBC, would mean that all the journalists in the Lagos office would work from home. Remote working has its challenges due to epileptic power supply and poor Internet connectivity in the city of Lagos.

As I sat mulling my options, it dawned on me that the world had become fragile and may never be the same again. The Nigerian government had announced that guests that attended the Africa Magic Viewer’s Choice Awards that held in Lagos on March 14, might have come in contact with a confirmed Coronavirus case that attended the event. This person wasn’t identified.

Immediately this was announced, the BBC Nigeria WhatsApp group became active with concerns and panic. Five journalists from the BBC were at the event and had come in contact with almost went everyone in the bureau since the event.  “We need to self-isolate now, I’ve hugged two people that attended the event”, “I’m really afraid, I’ve used the same microphone that one of the exposed journalists used”, were some of the messages in the WhatsApp group.

Isolation was an option but it had been 10 days since the awards and the five journalists had come in touch with other colleagues- that would mean isolating everyone and shutting the bureau. I assured my colleagues that there would be a deep clean of the bureau in addition to monitoring the health of the journalists that attended the event.

The only reason I did not take the decision isolate the journalists and everyone they had been exposed to in the bureau was because the government announcement came 10 days after the awards. If it was within 7 days, I would have had no choice.

I was ‘lucky’ in this instance but the risk of a colleague contacting the virus is still there. Many newsrooms across the world have shut down, some are struggling because their journalists are sick from the virus or they have family members who are, there is heightened anxiety in newsrooms and restrictions in many countries. In some countries, the situation is worse because repressive governments are persecuting journalists who are reporting facts and the true situation of how the virus is rampaging countries and destroying lives. It’s a double tragedy to be persecuted while reporting a pandemic that is shaking the world, while also exposed to the risk of being infected with the virus. It is unthinkable that anyone or government would choose propaganda over truth as the world battles this deadly virus. We must continue to amplify the voices of our colleagues who are being persecuted for doing their job.

In addition to this, there is a need for collaboration and support among newsrooms and for one another as journalists. One of the ways the BBC is demonstrating this is producing Covid-19 educational videos daily and offering it to other newsrooms pressed for resources and time in West Africa. Covid-19 in 60 seconds is a daily one-minute digital video in five local languages that dispels the biggest fake news story of the day and gives a coronavirus prevention tip. Apart from giving this content to newsrooms, we have also offered it to state governments as the BBC’s contribution to combating fake news. Six state governments now use these digital videos on their social media platforms to educate citizens.

As we continue to inform, one of the biggest feedbacks I’ve received is that audiences also want positive stories in the midst of the gloom. They want to read and watch the stories of people who have survived the virus, they want to know about people finding love amidst this global crisis, they want to know and celebrate our heroes who are risking their lives by saving those who are sick and dying in hospitals. They world wants kindness, hope and positivity even as we bring the latest Covid-19 news to them.

Beyond sharing content, informing and educating citizens, it’s important that we are looking after ourselves as journalists. This is the time for media managers to look inwards, pause and pay closer attention to the health and safety of our colleagues. We need to be at our best mentally and physically as the world turns to us to churn out factual, objective and truthful news round the clock. Mental health sessions have been found to be helpful to journalists at the BBC. Regular check-ins with our teams and journalist friends will also go a long way in these difficult times.

No one knows when this crisis will end but when it eventually does, I hope journalists all over the world will be very proud of standing up when it counted the most. Indeed, not all heroes wear capes.