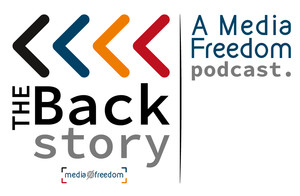 Protests have become more frequent, and more violent, around the world. Covering them has become increasingly dangerous for journalists, and has required new ways of thinking and acting. This episode puts safety issues into the context of covering protests. What are journalists and editors’ experiences? What should they be thinking about?

The Backstory production team is Andrew Heslop, Mariona Sanz, Colette Davidson and Sarah Elzas, who edited and mixed the episode.

Music in this episode by Chris Zabriskie.