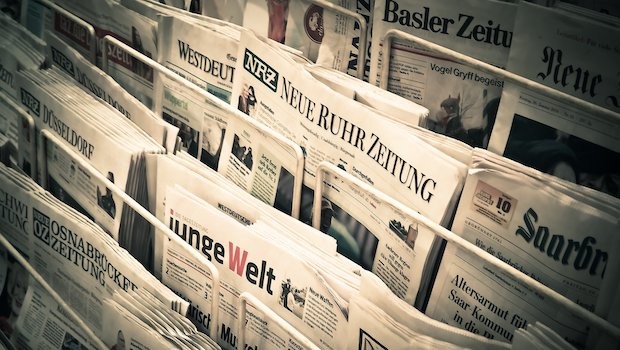 What happens when ad revenues dry up and subscriptions are not enough to cover the basic cost of your journalism?

This is the scenario in many local communities in the US – where the market’s failure to support local journalism has resulted in lay-offs, bankruptcy, and widening news deserts.

Radical reforms to help journalism survive have been the focus of the research conducted by Victor Pickard, Associate Professor at the University of Pennsylvania’s Annenberg School for Communication and author of the new book “Democracy without Journalism?: Confronting the Misinformation Society”.

Ahead of his appearance at this year’s World News Media Congress in Zaragoza, Spain, he explained why he believes journalism needs to be unhooked from existing commercial models if it is to survive.

WAN-IFRA: As local news organisations continue to shrink and collapse, there appears to be an urgent need to fund journalism in a different way. Which approaches do you think show the most promise?

Victor Pickard: The market’s failure to support journalism at a systemic level necessitates nonmarket approaches. Two general approaches have potential. One approach aims to minimise commercial pressures by relying on private capital. In the US, for example, news organisations can move toward this model by converting into non-profit institutions (see the Salt Lake Tribune) or what might be considered low-profit institutions – or, at least where profit is not the sole criterion for success – such as public benefit corporations (see the Philadelphia Inquirer).

These structures can help struggling newspapers transition into a more sustainable model that is less dependent on commercial revenue and more reliant on charitable support. They also can incentivise newspapers to focus more on public service missions instead of chasing after ever-diminishing profit margins. Additionally, individuals and foundations can support these news organisations.

A second approach is a public option, which is more systemic and, in many ways, more promising, but also more politically fraught. Public investments in local journalism could build on public broadcasting systems to provide news and information across all types of media and platforms. One major benefit with public systems is that a universal service mandate is baked into their DNA. One concern with these models is their political independence. Although government should help set up the funding mechanisms, this money should be guaranteed with no strings attached. The government can have no control over news operations, which should be democratised and bottom-up.

What are, in your opinion, the underlying root causes for the state of crisis the journalism industry finds itself in nowadays?

The core root of today’s journalism crisis is what I refer to as “systemic market failure”. Commercial journalism always has been prone to crisis because of endemic tensions, especially its over-reliance on advertising revenue. The internet was not the cause of this pre-existing vulnerability, but when advertisers and readers migrated to the web where digital advertising revenue pays only a small fraction of print advertising (most of which goes to Google and Facebook), the 150-year-old business model irreparably collapsed. Advertising had long served as a subsidy for print journalism, which is expensive and rarely pays for itself. Subscriptions and other payments schemes have not worked for most outlets and there really is no commercial replacement for supporting local journalism. We must, therefore, shift our paradigm to focus on non-market-based means of support.

In your Nieman Lab prediction you wrote that “By changing news media’s core structures of ownership and control, we will finally let journalists be journalists”. Can you elaborate on that?

I argue that the first step towards saving and reinventing journalism is to de-commercialise it. But the second step must be to democratize journalism, which includes empowering news workers. Most people become journalists for relatively noble reasons (certainly not to become wealthy). They hope to serve the public and cover stories that will make a difference. If we democratise the institution so that journalists have more control over their working conditions and over what stories they can write, it would be liberating and allow them to focus on the reasons why they joined the profession in the first place. Restructuring our news media so that institutions are owned and controlled by local communities and by the journalists themselves is an essential step toward democratisation of the news.

You also wrote that the industry’s crisis presents an opportunity to reinvent journalism. Are you hopeful this can be achieved? How do you envision this different journalism landscape?

It may seem counter-intuitive, but I am actually optimistic that this crisis has a potential silver lining – that it is also an opportunity to reimagine what journalism could and should be. A legitimate question might be how bad things will need to get before we begin to make the necessary structural reforms. Regardless, it will be a long, hard slog and many initiatives will come and go, but the experiments will continue. At the end of the day, democracy requires journalism and I have faith that we will figure out a way to support it. The market is not going to do it for us; we have no other choice but to radically reform our news and information systems.

Do you think your model/vision could work outside of the first world west?

Yes, I do. Obviously, media reform should take on the particularities of the communities in which it is situated. I don’t think such reforms will work in non-democratic countries for obvious reasons, but communities must democratically decide on how to design their own media. They must be involved with every level of governance and media production. Creating new newsrooms can’t be imposed from the top down or from western countries to the rest of the world. Such processes must be organic and bottom-up. While I think there are some enduring and universal concerns that cut across all countries – for example, the ideal that all people should have equal access to news and information – media organisations must be sensitive to specific needs and cultural contexts.