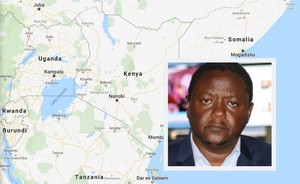 The Covid-19 pandemic is up-ending life in Africa in dramatic ways. In a continent where the essence of life is sharing, where most activities are communal and people shake hands many times in the course of one conversation, human survival requires a reset of cherished habits and social practices.

No one has illusions about what lies ahead: as I write, 29 new infections have just been confirmed in Kenya, bringing the total to 110, with three deaths so far. It’s early days with only a handful of tests, 2,201 in all. Many more tests are planned in the coming weeks and this will show the true extent of the pandemic. Already, there are confirmed cases in 15 of Kenya’s 47 counties.

Confirmed infections are concentrated in urban centres – nearly half in the capital city, Nairobi – which are more cosmopolitan and globally integrated. However, the distinction between rural and urban in Africa is blurry. Even those born in the cities maintain close ties (and a second home) with the countryside and it is in the frequent movement of people between the two the biggest danger lies. No one expects that medical services can be ramped up to deal with a full-blown, uncontrolled contagion in a population of 50 million, many who live and work in close proximity and are constantly moving between rural and urban homes.

The only hope of avoiding a very serious disaster lies in preventing, or slowing down, infection which in turn requires people to completely change how they relate to each other.

But there is no doubt that when we finally emerge from this, it will be a different society, a different economy and a different industry. We expect to lose many loved ones, like all communities affected by this pandemic. It is not clear if we will go back to warmly trusting each other or whether this social distancing will become a permanent feature of our future. There will be economic devastation, not just in Kenya but in all of Africa. Many companies will collapse and countless jobs will be lost. Already, workers are being declared redundant others are taking pay-cuts.

Another aspect of our life that requires a reset is how we do our journalism and the contours of its future. As a media organisation, our business continuity planning has had three objectives. First, to do everything possible protect our people from infection, partly to ensure that there is a healthy talent pool ready to go on when this is all over, but mainly because we have a duty to them. This has meant investing in hard-to-find equipment and training. Nearly all of our journalists work from home and many have been allowed to take long leave. Only critical staff, such as transmission and systems maintenance crews, are on site. These will, unfortunately, be in quarantine for extended periods, which is not necessarily great for morale and productivity.

The Nation Media Group owns market leading products in Uganda, Rwanda, Tanzania and Kenya. There is a shared commitment to maintain as many of these products – print, digital and broadcast – in as good a shape as possible over the coming bad months. This is difficult in an environment of plummeting revenues and so decisions will be taken to reduce the size and frequency of some newspapers. Print, already struggling, could be irreparably damaged.

Print has lost its glory, but not its contribution to revenues, accounting for more than 70 per cent in many media houses. This tragedy, while on the one hand knocking down the print business, has also presented a tool to support it circulation: the e-paper, or replica eidition. This has never really caught on with most digital readers preferring websites and apps which provide more or less the same news for free. But for the die-hard print readers who are inconvenienced by disruptions in distribution of newspapers at the newsstand, the e-paper appears to be growing in acceptance as a substitute. It is possible, with improvements in technology, that the e-paper might support circulation, and the advertising behind it, for some time and therefore shape the future of print in unexpected ways.

For the past year, many media houses in this part of Africa, have been hard at work, redesigning sites, rebuilding their newsrooms, converging their teams and workflows and generally preparing to start charging for at least a small part of their content. With print distribution severely disrupted, that investment could begin to pay off. Traffic is growing faster than usual, driven mainly by mobile. In this part of the world, mobile money operations tower over the big banks. This confluence of critical factors – a dislocated audience with a disrupted supply of news, a ubiquitous platform and a widely accepted and cheap payment method – would strongly suggest that the moment for the pivot to reader revenue is not too far off.

Lastly, Nation Media Group has joined the fight against the virus wholeheartedly. We have been involved in public education and mobilisation and we are participating in corporate drives to assist in disease response.