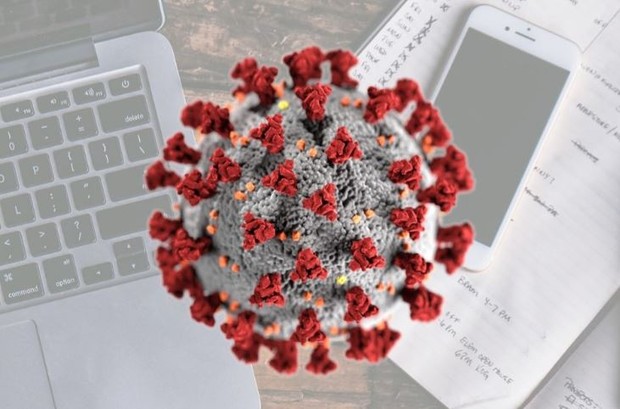 By Neha Gupta and Simone Flueckiger

Operating a remote newsroom, with all journalists focused on a single story, is an unprecedented occurance. Editors from Spain, South Africa and the UK shared how they are going about their jobs, in a wide ranging discussion which can be viewed online.

Here are their top takeaways on how to produce useful, accurate journalism and more considered responses around the audience, racist and nationalistic framing, debunking misinformation and the integrity of COVID-19 data.

El Diario’s coronavirus coverage is focussed on documenting the difficulties the country’s health system is experiencing due to the huge number of incoming COVID-19 cases. The company has started a daily newsletter on coronavirus, and is answering readers’ questions about the outbreak.

In South Africa, Malan noted how the government’s response to the COVID-19 pandemic has made it easier for public service journalists to operate compared to other health crises.

“With our HIV epidemic, the government’s response was at first essentially based on quack science, and journalists who opposed the president’s views were considered the enemy of the people,” Malan said.

However, the government’s response to COVID-19 is grounded in science, and the media is seen as an ally, she said.

For the Associated Press’ Anna Johnson, covering what’s happening behind closed doors – inside hospitals, nursing homes, and people’s own homes – is one of the biggest challenges.

A video of the full webinar is available at the end of this article.

Mia Malan: In South Africa, COVID-19 happened almost the wrong way around. Normally, it would be the poorer people who fall ill because they’re more vulnerable to disease. But with COVID-19, it was brought in by wealthier people who could travel, and it was seen as a middle class disease, initially. There’s a huge discussion going on about making poorer people realise that they are really vulnerable to it.

The kind of reporting that we have done to have their voices heard is to highlight, for example, communities’ townships that can’t prevent themselves from being infected because they don’t have access to running water, or can’t maintain social distancing because many people live in a very small space. As the outbreak progresses, we will increasingly hear the voices of vulnerable people as it transforms from a middle class epidemic into a poorer epidemic.

South Africa also has a very high HIV and TB infection rate. The fate of these vulnerable people is unknown, due to lack of data from first world countries.

How can at risk and vulnerable communities be effectively reached during the #Coronavirus? The @WHO has a guide for communicators and organisers with a few ideas, new on our @Bhekisisa_MG resource page managed by @keGopolang.

María Ramírez: Historically, covering vulnerable people has been the focus of El Diario. Currently, our reporters who are out in the field are also focusing their reportage on how the pandemic is affecting the homeless, people drawing low incomes, those from rural Spanish communities, and people who don’t have access to the internet and hence, aren’t well informed.

Anna Johnson: We have made focussing on inequality a priority at the Associated Press. We’re looking at the pandemic through that lens – not merely covering the virus itself, but also the global economic impact, which will be far more damaging on people who are already vulnerable. We are ensuring our COVID-19 coverage is being told from as many parts of the world as possible, proactively seeking stories, and making them textually and visually compelling.

One of the main things that has come out recently is a racist, nationalistic framing for the virus. How do you report on this issue when it’s coming from official sources, whose statements must also be included?

Ramírez: Racism has not affected Spain as it has affected other parts of the world, which is thanks to the positive attitude of the government and the Opposition. At the beginning of the outbreak, when Chinese businesses were going through a slowdown, local politicians jumped in to tide them over. A problem that journalists do face here, however, is of access. During press conferences, the prime minister will only take questions through the spokesperson, which has eliminated our chances of interaction with the ministers, essential for getting the tough questions answered. We have now formally signed a manifesto asking for this to stop.

Johnson: Racism is an important aspect of the pandemic and gets challenging especially when dealing with people in leadership roles. Our efforts are, hence, focused on fact-checking every bit of information constantly, in real time – about how the virus has evolved, who it is affecting, the terminology – regardless of the source of that information. We also ensure that our reportage includes a variety of voices.

How are you covering communities that are not digitally connected? Are you sending people out, and how are you keeping safe?

Malan: I’m not sending my staff out because of safety precautions. But we have done entire narrative features over the phone. That’s something new, normally, we’d go out to the community. But we’ve taken someone into the community just by having very long phone calls.

Ramírez: We are sending our journalists out, however, we have made field reporting voluntary and with the right safety precautions and equipment in place. About 20 percent of our newsroom has been hit by coronavirus; the silver lining to that, perhaps, is that those employees will have immunity once they recover and add to our coverage.

Johnson: We, too, are sending our journalists out to the field, but are also looking at alternate ways. So, either our reporters are on field, with the right protective gear, or covering the pandemic through virtual interactions. A major concern is to not let go of a story simply because we can’t cover it from the field.

What are the trends you’re seeing around misinformation in your respective regions? How are you striking that balance between addressing misinformation and giving it additional airtime?

Malan: We have produced a video on myths. We specifically didn’t write the story because we wanted it to be accessible to more than just literate people. Our normal audience is decision-makers, but in the case of coronavirus, we’re trying to reach a broader audience. For decision-makers, we do more sophisticated stories about debunking the science of treatments that are not proven.

But we’re making very conscious decisions to not cover all rumours because you can cross that line where you actually make people more aware of them, and they start to believe it. So we’re very selective about that. It’s not even 10 percent of our coronavirus coverage.

Ramírez: At the beginning of the outbreak, Spain witnessed misinformation regarding the origin of the virus. Now, the misinformation revolves around treatment and symptoms. El Diario is in a partnership with fact-checking organisations, which help us verify information we receive on WhatsApp and other sources. Besides, through the years, our health reporters have developed the instinct to concentrate on stories that emerge from patterns rather than amplifying bizarre standalone claims.

Johnson: Our reportage is about concentrating on something that starts to gain traction and then fact-checking it, for which we have a dedicated team. We also have a boilerplate – origin, context, symptoms, treatment – in all our reports that gives our audience context about the virus. We also fact-check official statements to make sure that amplified information is verified.

-Why aren’t there warnings about coronavirus in food?
-Are the virus numbers in China legit?
-Should you wear a mask in public if you aren’t sick?
More on understanding the pandemic: http://apne.ws/6t1wnRY

A collection of stories explaining the new coronavirus and what it means to you.

76 people are talking about this

Do we need to take ethical considerations into balancing access to information and a captive audience that is desperate for information?

Ramírez: Spain has registered several cases of people suffering from anxiety and panic attacks because of the sheer intensity and quantity of information. A constant debate that journalists must tussle with is covering the most disturbing and darkest aspects of the pandemic, while trying to make sure that the tone of the reportage is calm, positive and not sensational. People tend to believe information given out by figures of authority. It is imperative that journalists are careful and thorough with their reportage, regardless of how grave it is, even if it comes from public officials.

News organisations are showing and comparing data from different countries, which has been collected with different standards. Is that a danger and how do we mitigate that?

Malan: I think where it gets confusing is when you compare testing, countries don’t test at the same rate. And the number of infections a country picks up really depends on the number of people they tested, so it is hard to compare. We try to do it in an as meaningful way as possible, and if there is data that we think can’t be compared, we just don’t do it.

How do you balance the risk of sending people out versus being beaten on a story?

Johnson: It is not worth putting reporters at risk, simply to cover a story. Discussions about safety and having the right personal protective equipment (PPE) are a precursor to every time a reporter goes to the field. While it’s a fast developing story, we must also slow down. This situation is a marathon, not a sprint. We need to think hard about how we approach stories – cover them immediately or wait and see how they pan out.