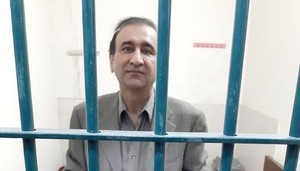 In a letter to Pakistan’s Prime Minister Imran Khan, WAN-IFRA and the World Editors Forum called for the immediate release of Mir Shakil-ur-Rahman while the decision on whether to take his case to trial is made.

Mir Shakil-ur-Rahman was arrested on 12 March by the National Accountability Bureau in relation to unproven events dating back to a land purchase made some 34 years ago. “The Bureau alleges that Mr. Rahman illegally leased land from the government of then Prime Minister Nawaz Sharif, in 1986 and proceeded to have ownership transferred to him in 2016, when Mr. Sharif again headed the government.

Rahman denies the allegations and claims the property was acquired via a private transaction. We reiterate similar concerns to those raised in recent weeks by opposition politicians, the Human Rights Commission of Pakistan, and international media freedom organisations in questioning the independence of the National Accountability Bureau by denouncing what appear to be politicised moves to silence a critical voice and further stifle press freedom in the country.

In the context of wider claims of official pressure and intimidation against Jang Media Group employees, as well as reported threats to use the media regulator to shut down its television channels, the arrest of Mr. Rahman is particularly alarming as it fits to a pattern of orchestrated harassment against a critical independent media organisation.

Furthermore, the ongoing suspension of official government advertising to Jang Media Group outlets and other independent titles around the country is having a highly detrimental effect, threatening the financial stability of media that were already suffering under the present economic climate and leading to retrenchments and downsizing.

In its open letter, WAN-IFRA reminded the Pakistanis authorities that the withholding of official advertising, or the preferential treatment or favouring of some media above others based on their relationship to those in power, is a form of soft censorship. This practice has a deleterious effect to the health and viability of the media ecosystem and is the antithesis to transparent, democratic governance in support of a free press.

In the context of the current global Covid-19 outbreak, we would urge you, Mr Prime Minister, to support media plurality and ensure public measures strengthen rather than hinder the work of the independent press.