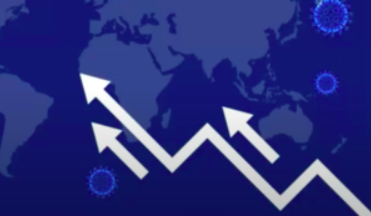 “COVID hit us very hard, and while we saw a 15 percent growth in January and February compared to last year, it decreased to 6 percent in March, and we saw a huge drop in April – 24 percent,” said Ingrid Ihasz, CEO of HOPPex, in Hungary.

HOPPex is a publisher co-operative made up of three of Hungary’s largest premium media companies (CEMP, Central Médiacsoport and Origo). It covers about half the Hungarian programmatic market, Ihasz said.

As with many publishers elsewhere, she added that almost all major advertising sectors have been affected. “Tourism completely disappeared from the market. And three of the five main sectors also decreased: Telco, clothing and automotive, and we have two that stagnate: retail and furnishings, so it’s quite a significant drop.”

However, Ihasz also noted they are beginning “to see some positive signs now as advertisers are reshaping their strategies, maybe from the end of April, but it’s still quite low.”

She was also optimistic about the longer term outlook.

“I think programmatic will be stronger after this because of all these changes in user behaviour,” she said. “I would say I am optimistic, and also advertisers will prefer trusted partners like us and our publishers, and I think we will be in a better position compared to other players on the market.”

Daniel Bredahl, Director of Insights for Diar in Norway, said that “quite early we saw a lot of the numbers coming in were scaringly similar to what happened in ‘09 when the markets collapsed.”

Diar is a digital marketplace joint venture between Amedia and Aller Media that launched at the beginning of this year and has a potential reach of 2.7 million Norwegians (the country has a population of approximately 5.3 million).

While Norway has seen many of the same revenue declines as publishers in other countries, Bredahl said there are a couple of optimistic areas.

“It appears that brands in Norway are still thinking that this will reset, so they are spending quite a lot of money, and the grocery stores have been spending big, so that helps,” he said.

Bredahl also pointed out a curious correlation between official governmental announcements about easing COVID-19-related restrictions and marketing spend that has been occurring in Norway and could apply to those in other countries as well.

“Every time the government announces the removal of a restriction, we see a new group of advertisers start spending. It appears that it’s not the opening itself that we’re waiting for, it’s the announcement of the openings. So, for those of you who are not there yet, just wait for the announcements of openings and be ready for them because the advertisers, if they mirror what’s happening in Norway, will not wait for the actual opening, they will start as soon as they know when they will open,” – Daniel Bredahl, Director of Insights, Diar

CPMs offer ‘light in the tunnel’

From the United States, David Kohl, President and CEO of TrustX, said that US publishers in recent weeks were seeing programmatic revenues that are more typical for February revenues. “Now that’s not horrific news if you think about it, but normally, April and May are large ramp-ups as we get into Q2, so it’s not a good looking situation,” he said.

TrustX is a premium private marketplace owned by about 30 publishers in North America, many of which are global brands, such as The Washington Post, Gannett, NBC, CBS and ABC News, as well as about 25 other companies that are non-news publishers. A recent report from eMarketer noted that in the United States “83.5% percent of digital display advertising dollars are transacted using programmatic technology today”

Kohl also said CPMs were proving to be “a light in the tunnel.”

“CPM rates have held more or less steady, there’s been a little bit of a decline … we’re seeing CPM rates in the low-to-mid $2 range for news publishers,” Kohl said. “In the United States, that’s actually about right, $2 and change in the news environment is not unusual at any time of the year, except for fourth quarter, when advertising picks up in general. … we do feel that CPM holding is a good thing, it means there’s still demand, even if there’s less total demand for advertising.”

Like several other panelists, TrustX is using this time to not only try to visualise what the future landscape might look like but also to work on developing and launching new products.

“We are investing in a few products,” Kohl said. “We’ve used the time in the last six weeks to accelerate a few products into market.”

He also noted that they are “investing in a few different more flexible modifications to some of our business standards.”

Overall, Kohl said that while he didn’t want to make any general predictions, “I will say that the mood within the US market is optimistic as we move into warmer weather months and into the summer… I think as a business, I would say we are cautiously optimistic. I think the combination of the publishers we represent and the safety that we represent to the market at a time when safety and value and confidence are so important, then I think in that respect we have a little bit lower risk than say some of our compatriots in the US market that are handling a much wider array of publishers, many of whom may or may not produce the kind of value that premium does.”

Co-moderator Danny Spears of The Ozone Project (backed by top UK publishers including News UK, The Guardian, Telegraph Media Group, Reach and DC Thomson) noted that they have been working closely with the UK news publishing trade body NewsWorks around a campaign called ” ‘Back don’t block,’ to use this moment to raise the impact that keyword blocking has, not only on revenue to newspapers, which is of course a really critical business issue, but also the impact on marketers and their access to human attention.

Added TrustX’s David Kohl: “That has been an enormous problem in the news environment for a very long time, not just COVID, words like ‘shooting’ when there’s a school shooting, but shooting is also something that happens in basketball. And we know that a year ago Notre Dame had a fire in Paris, but sports content was blocked in the United States because the Notre Dame college football team was in the news, and that was the side effect.”

“If there is any silver lining from what has happened in the last eight weeks it’s that advertisers have actually for the first time recognised that they are doing damage by using a keyword only blocking approach. We have seen a radical change in the use of domain level, so fully news blocking, or keyword blocking, as a result of the advertisers realising that they are unnecessarily damaging the business of professional news,” – David Kohl, TrustX, USA

“It’s too soon to tell,” he continued, “but I am optimistic that the wake-up call by all this blocking and the slide in revenue, that the wake-up call will produce a more nuanced approach going forward not just to corona and COVID blocking but to all future brand-suitability filtration. That is a possible silver lining in which we are in the early days, so it’s a little tough to tell, but I think we have a shot at a little good coming out of this with respect to news.”

From Spain, Borja Ussia, Programmatic Sales Director, WEMASS Media Audience Safe Solution, said his group is working on launching a new ad stream format to the industry with an outside partner, and also working on internal developments with the aim of being prepared for advertisers returning to the market.

WEMASS was launched last summer by Spanish publishers Grupo Godó, Vocento and PRISA as the country’s largest marketplace for the sale of programmatic advertising.

And looking ahead towards the end of this month, and for June, Ussia said, “We are seeing many advertisers starting to think about new brand campaigns, so that’s a good point of view.”