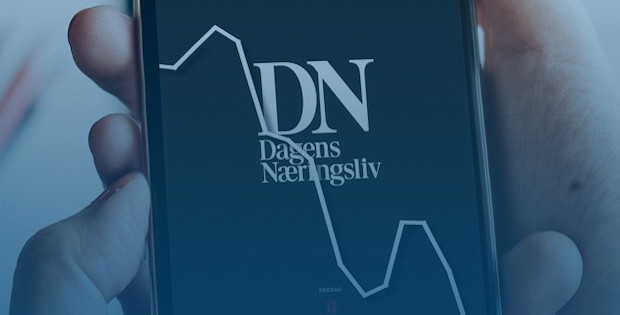 “Even though DN has changed a lot over the last few years, it was, up until mid-March, a very traditional and print-based culture,” said Ingeborg Volan, VP of Newsroom Strategy, Publishing and Visual Journalism, during a panel discussion on optimising the newsroom for the future, which was part of WAN-IFRA’s World Media Leaders eSummit.

“Had you asked me in February if we’d ever be able to produce a printed newspaper from people’s home offices, I would have said there’s no way, maybe in three years. And then we did it in one day.”

Volan, who served as the paper’s Audience Engagement Director prior to taking up her current position, said she was impressed by how the organisation’s 180 staff, a lot of whom are middle-aged and older, were able to adapt to using technology.

Some of the people, such as copy editors or layout staff, didn’t even have portable equipment.

“For them it was a total turnaround,” Volan said.

“This turnaround out of necessity has also facilitated a cultural turnaround that was not anticipated but quite positive. We have showcased to ourselves and to each other and to the Norwegian media industry that we are capable of great change in a short time.”

The question Volan is pondering now is how the organisation can take these reflections, learnings and takeaways forward, and transform them into a force for good and into new innovation in the newsroom.

In order to rewatch sessions from the World Media Leaders eSummit, please fill out this form.

However, she conceded that the COVID-19 crisis has been an emotional and stressful time for staff, making it hard to keep the momentum of cultural change going.

“You’re also seeing a phase right now where people are getting tired. I think that is one of the biggest challenges right now, trying to recoup and regroup before you try to take that momentum going on,” she said.

“One of the things we have seen some success in is having people reflect on what they’ve learned as we have moved along. There are no excuses anymore for saying ‘I don’t know how’ or ‘I can’t learn’ because we have all seen that people can and they will learn. Taking that time with each staff member to say ‘what do you know today that you didn’t know two months’ ago is quite empowering for the organisation.”

At the beginning of the crisis, she said she saw a surge in journalistic innovation, both across the Norwegian media market and in DN’s own newsroom, such as data journalism projects focused on tracking the health-related side of the pandemic or the financial consequences.

“In about two days after sending people to work from home, we launched a subscriber-specific COVID-19 newsletter. I think that’s the fastest innovation project I’ve ever seen in our newsroom, because everybody wanted to chip in,” she said.

“A lot of people didn’t know who those people in the other departments were that were needed to get this to happen, but because of the urgency of this situation you were able to make people come together in new ways.”

Going forward, Volan hopes this will continue to lead to the formation of new teams of collaborators spread across the organisation.

“Not just in the newsroom but also in the product department in the subscriber and revenue departments, in the advertising and IT departments.”

Along with a surge in innovation, DN, like many other news organisations, also recorded a spike of interest in news brought about by the coronavirus pandemic. This, Volan said, helped a long way in digitising a previously heavily print-based readership.

“Our audience segments have been coming together more than previously, and the print-based readership has been coming online to look for news more often,” she said.

“Taking care of those audience groups and bringing them on board into new digital products, new digital habits is one of the key challenges as we move on into a more digitised post-COVID-19 innovation phase.”