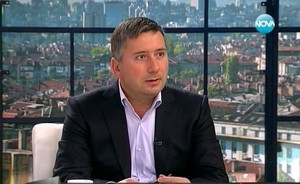 Ivo Prokopiev, a former WAN-IFRA Board member, is the owner of Economedia group, publisher of the weekly Capital and the daily Dnevnik. Both are considered to be among the few independent voices left in Bulgarian media. Prokopiev is being prosecuted, along with former finance and economy ministers, Simeon Djankov and Traicho Traikov, for having allegedly harmed the state’s interests by selling a minority stake in the electricity distribution company EVN in 2011. Investigators argued that the state had been impaired by deliberately lowering the company’s shares sold through the stock exchange. In the trial, Prokopiev is accused as an aide. The prosecution brought him to justice for one of his statements at a meeting of the National Council for Tripartite Cooperation, a consultative body comprised of representatives of the trade unions, employers and the government. Prokopioev was then Chairman of the Confederation of Employers and Industrialists in Bulgaria (CEIB) representing the biggest employers’ association in the country.

According to investigators, Prokopiev’s statement expressed in that meeting made it easier for Djankov to commit a crime in office related to a privatization process. There is no claim for Ivo Prokopiev’s involvement beyond his role as an advisor, nor is any personal benefit claimed.

The sudden acceleration of the procedure with a 14 hours court hearing on Saturday 20 June for a judgement expected on Sunday 28 June, in the absence of one of the defendants, raises serious concerns about a new attempt to weaken the independent press and free information in Bulgaria.

Ivo Prokopiev is a regular target of what OSCE already described in 2015 as administrative harassment: record fines for investigative reporting into financial irregularities, ramped up investigations into the publisher’s business dealing, and authorities freezing his assets.

In 2017, Bulgaria froze assets, property and bank accounts belonging to Ivo Prokopiev, who claimed that the state was then trying to silence the country’s independent media. Earlier that year journalists employed by Prokopiev’s papers had broken stories of widespread corruption in public infrastructure projects and on the ruling party’s potential misuse of European funds. They also had, for years, reported on corruption and other financial crimes in Bulgaria’s banking sector. In 2018, Ivo Prokopiev sued Bulgaria in the European Court of Human Rights.

CPJ – the Committee to Protect Journalists – reported in 2019 that independent media in Bulgaria are subject to repeated smear campaigns, Capital is often qualified as “fake news” by pro-government media, its investigative journalists being described as anti-Bulgarian conspirators or U.S. agents.

Prokopiev is not the only target of state-oriented intimidation. In 2017, the publisher of Sega newspaper Sasho Dontchev and his business in gas distribution Overgas were subject to an investigation for high treason by the Prosecutor’s Office based on a signal to the Prosecutor General Sotir Tsatsarov. The signal contains publicly-known information regarding a complaint, filed by Sasho Dontchev in 2011, to the European Commission for abuse of a dominant position of Bulgargaz and Bulgartransgaz on the Bulgarian market. As a result, the European Commission initiated legal actions against Bulgaria.

The independence and pluralism of Bulgaria’s media have eroded steadily over the past fifteen years.

In recent years, the independent media, their journalists and publishers have been subject to constant pressure and repression by the Public Prosecutor’s Office leadership. In a report published in 2016, WAN-IFRA reported that local authorities were increasingly employing tools of “soft” censorship, using an array of official actions intended to influence media output with the intention to dominate the media and narrow access to information and informed policy debate. The report said that the lack of alternative revenue streams had led elements within the media to shift editorial policy and pay little heed to professional standards.

WAN-IFRA is highly concerned that the current court case against Ivo Prokopiev is another evidence that official “soft censorship” or indirect censorship is still being used to silence independent media in Bulgaria. The lawsuit against Ivo Prokopiev embodies the country’s struggle to maintain an independent press. I am urging the Prosecutor General to return to a procedure that would demonstrate that Bulgaria can fulfil its role as a state that respects the freedom of the press, a pillar of the human rights that are at the heart of democracy and the European Union’s values.