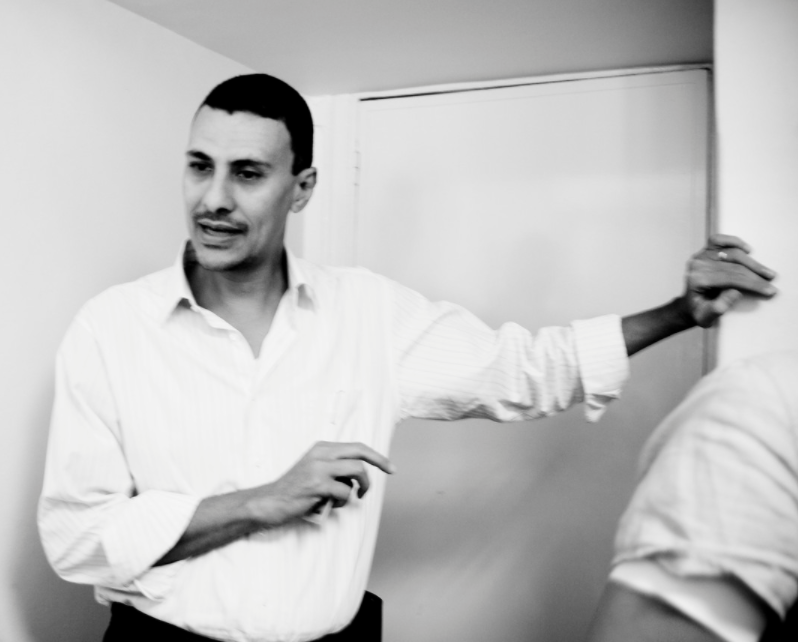 Q: In your opinion, why is gender balance in content important?

With this logic, every organisation that wants to succeed, and reach a large audience has to take women into consideration. That doesn’t mean for organisations to put forward stereotypical content, especially content that falls under what is usually referred to as women’s subjects, such as cooking, housekeeping, and makeup. Media organisations have to conduct their studies and make this segment of the audience’s interests a priority.

On the other hand, women’s representation in newsrooms is also important as it allows for a diversity of ideas, and perspectives. If we mainly talk about the standard for promotions, reaching leadership roles, and the active participation of women in news organisations, women have to be well-represented in the organisation’s workforce.

Q: What percentage of Al Masry Al Youm’s readers are women? and how do you work towards increasing women’s readership?

We don’t have statistics on women readers of Al Masry Al Youm, but I can say for sure that the paper has a very diverse audience, and we can track that using the demographic and age breakdowns. Moreover, we notice diversity in terms of those who interact with Al Masry Al Youm on social media, as there is a very good percentage of women who retweet, comment, or send suggestions on our posts. From these interactions, we can deduce that there are a lot of women who read Al Masry Al Youm, even though we don’t have any pages devoted to women’s issues. Good content attracts an audience, whether they are men or women.

The newspaper does not focus on issues specific to women, women’s pages, women’s issues, or stories that many think are stereotypically of interest to women. On the other hand, we cover many topics that largely feature women heroines, and thus attract a larger audience of women.

For example, we recently published an important investigation on how some families in poor areas in Egypt married off their young daughters to older Arab men. The responses of women to this report were higher than those of men, even though this topic could not be regarded as a topic especially for women.

On the contrary, there are other topics that we think matter more to women than men, but in reality, the response is different. I cite, for example, a set of news reports and investigations that dealt with the new personal status law that is being discussed in the Egyptian parliament, which relates to marriage, divorce, rights and child custody. We thought that a topic like this would attract more women than men, but in fact, the exact opposite happened, as men were more interested. This is one of those controversial issues that attract its audience, regardless of its gender.

Thus, when we cover issues that concern large segments of society, the rate of reading and interaction is very high, especially when a woman is the main heroine of the story and the subject has different social, cultural and religious dimensions. For example, one of the topics that raises interest and opens the door to controversy and dialogue is the topic of female genital mutilation. We covered the subject several times, whether it was from the legislative perspective, a religious one, or to present human stories that showcase some of the tragedies associated with this phenomenon. Usually, the interaction on these topics is great, and women naturally appear as the main characters, but also as the main consumers of this content.

Q: What are the subjects that you publish to maintain/keep women readers? Is there a schedule similar to what some organisations have by publishing a women related article on the homepage every week for example?

Al Masry Al Youm does not have a plan for publishing content on topics that are specifically for women, such as publishing a topic related to women weekly on the first page, but we generally use the method of trying to search for stories of interest to the widest possible segment of society. The problem we sometimes face is the low presence of women as sources compared to men, due to the limited presence of women in some professions and key positions. Consequently, source lists are more filled with men.

We usually try to find the best sources for the topics we cover and try to make real efforts to include women as main sources in the story. We have no plans to create or allocate a section of the newspaper to women only.

The newspaper has an appendix called “Al Masry Light”, which focuses on lighter topics and contains a mixture of arts, human and social stories. Through it, we have noticed that women are very interested in topics that are of great importance to society.

We do not aim to put women in a box and provide them with the content of their own. On the contrary, we try to present content that is of public interest, covering issues that are social, artistic, economic, and political. We naturally present women in these stories as sources and in turn, they are consumers of this content, and interact with it.

Q: Are there attempts to increase the number of women sources/experts to increase gender balance in your content? If yes, how do you do that?

We always try to increase the number of women sources. There are also some official bodies that try to make great efforts in this area, such as the National Center for Women in Egypt, which focuses on social issues and the obstacles facing women in Egypt. Consequently, the Center, with its experts and expertise, has become one of our main sources, and we are trying to find experts and specialists in the subjects we cover, especially sensitive topics that affect women, such as the Personal Status Law, for example.

Unfortunately, in different areas, men are dominating because they are socially dominant. So, we are trying to make extra efforts to boost gender balance. For example, during editorial team meetings, we ask journalists to have a women’s perspective on the different issues and to communicate the voices of women. Even at the opinion level, if we take a quick look at the different opinion spaces in Al Masry Al Youm, we will find that there is a good percentage of women writers who write on a weekly basis, amounting to 40% of the permanent writers, and we find that it is a good percentage so far.

We consider that giving women enough space helps us reach a higher percentage of the public. Just as we try to always have a diversity of opinions in the political, economic and social fields, we also try to have gender diversity on the same issues, so that the voice of women is prominently present.

Q: How can we work on gender balance in a troubled media environment in terms of financial issues faced by media organisations, and the limitations on freedom of the press in a number of countries in the Arab Region?

In light of the difficult financial situation, we must follow the general rule that governs the idea of work. We have to look for talented journalists who are committed to their work. These elements are important when commissioning someone, considering someone for a promotion or other, regardless of the person’s gender.

Journalism as a profession requires many sacrifices in terms of time, effort, and the inability to maintain a traditional routine like other professions. Consequently, in our Arab society, women face societal and social difficulties that prevent many of them from advancing, because they are not afforded the same spaces of freedom as men.

However, ability, competence and talent remain the primary criterion at work, and we always try to develop our selection mechanisms.

For example, at one point, appointments to Al Masry Al Youm newsrooms were done through aptitude tests in the language, wording and general information. These tests were corrected anonymously to ensure an unbiased result. Those with the highest scores were chosen to join the newsroom, regardless of their gender.

At the moment, although men hold most of the leadership positions at the organisation, there are many women colleagues who have been promoted to leadership positions and have proved to be responsible at managing departments and annexes excellently. If we continue to choose people according to competency, sooner or later, we will have an equal representation of women in decision-making positions.

Q: In your opinion, how to best achieve gender balance in news content?

In my opinion, the best way to achieve gender balance in news content is to focus on covering what matters to the people in the newsroom. If each one of us was working on stories, topics, and investigations that matter to society at large, and not as it is often the case, what matters to those in power, we will automatically be able to better communicate the voice of women. If we focus on what matters to people, which is the main role of the press, the issues that women care about will naturally be covered.

If we cover stories of interest to society, then we will cover many stories, topics, and subjects that are of special concern to women for one reason or another. As long as women are half the society, if our stories serve the society in general, they will therefore easily serve women, without having to specify topics that concern only women or only men.

Focusing on professionalism, and the main message of the media which is delivering news, providing information, and raising issues that are of concern to a wide audience will naturally bring women’s issues to the light as well.