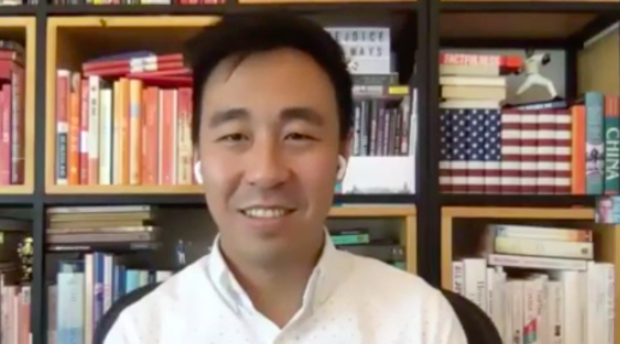 In his keynote address at WAN-IFRA’s Asian Media Leaders eSummit, Gary Liu, CEO of SCMP, shared his experiences in leading a newsroom that is working remotely and thriving in the region.

With SARS very much a part of the SCMP’s institutional memory, editors made staff safety the top priority when the coronavirus struck Hong Kong in January, said Liu.

They pulled reporters back from Wuhan, the epicentre of the outbreak on the Chinese mainland, to ensure they were not stuck as the city went into lockdown.

When Hong Kong recorded its first case on 22 January, the city and SCMP drew on the experience of the 2002-04 SARS outbreak and took steps to contain the new virus. SCMP employees began working remotely.

“By mid-January, the newsroom was already under direction not to report from any hospitals in the region, including in Hong Kong, because we knew how dangerous this was for our journalists,” Liu said.

The disruption to newsroom operations was limited because systems for working remotely, including real-time communications, were already in place.

“We’ve had people collaborating across regions and across time zones for several years now, so remote working is not a new concept to us,” Liu said.

“The operating cadence of the organisation, the way that we do goal setting, the way that we measure our own success, the way that we’re able to react fast to data also has been established. So being able to make operational changes because of the changing environment of COVID-19 also was not that difficult,” – Gary Liu, CEO, South China Morning Post

However, the video unit was somewhat hampered by the difficulty of transferring enormous video files via the public internet.

“Right now, our video teams are still figuring out contactless ways to pass off hard drives to one another,” Liu said.

A year of massive ongoing stories

Hong Kong had been roiled by anti-government street protests since June 2019 when COVID-19 struck the city in early January this year – two major stories that put the SCMP newsroom to the test.

“The biggest challenge is the fact that we had one immediately after the other; meaning that the newsroom effectively has not had a break in a year. We’re talking about the entire newsroom, fully deployed at full capacity with overcapacity,” – Gary Liu, SCMP

Reporting the protests was especially hard on frontline reporters on the streets for 14 to 16 hours a day, dealing with tear gas and other dangers.

“We were on the ground until we could not be,” Liu said.

He said it was important to have open lines of communications with staff to support them when necessary.

“The masthead and senior editorial leadership have put people on very strict rotations, making sure that people do not spend too many days in a row out on the streets for reporting,” Liu said.

Also, staff are encouraged to speak to mental health experts as part of an employee assistance programme.

“There are the controls and guardrails to make sure that while reporting on COVID-19, we do not unnecessarily put journalists in harm’s way,” he said.

Plans for a subscription model

At a business level, the newspaper had to operate in an economy already battered by months of political unrest and now dealing with a crippling pandemic.

“Just as we thought the economy was going to turn around and recover, COVID-19 hit, and it was an even harder hit for Hong Kong,” said Liu. “So much of our audience and monetiseable inventory is global, and all of that revenue disappeared because this became a global pandemic.”

The newspaper is considering a subscription model for its digital content, in light of the SCMP’s immense growth and reach in recent months.

“We cannot continue to sustainably fund high-quality journalism with just digital advertising. We believe we’ve earned the right to ask for a direct relationship with our readers and ask for exchange of value. And so, we’re building towards that,” – Gary Liu

“COVID-19 hasn’t changed our strategy or plans, rather, it has merely accelerated this need,” he added.

Looking ahead, Liu said he expected to see some signs of a global recovery at the end of this year.

“For the news industry, however, I don’t think we should expect that our revenue is going to come back. Some of them may come back, but a lot of it is gone and it’s gone forever,” he said.

“My hope is that every news organisation out there is using this time as an opportunity to reinvent the business. If not, without new tweaks and optimisations, many of us might be in for a really, really rude surprise come 2021,” – Gary Liu

Postscript: On 27 July, SCMP announced the launch of its new subscription service for SCMP.com and the SCMP app. From August, it will roll out the service in phases over several months across the world.

About the author: Chloe Lim is a student journalist from Yale-NUS College in Singapore, and also serves as an editorial production assistant at Forkast.News