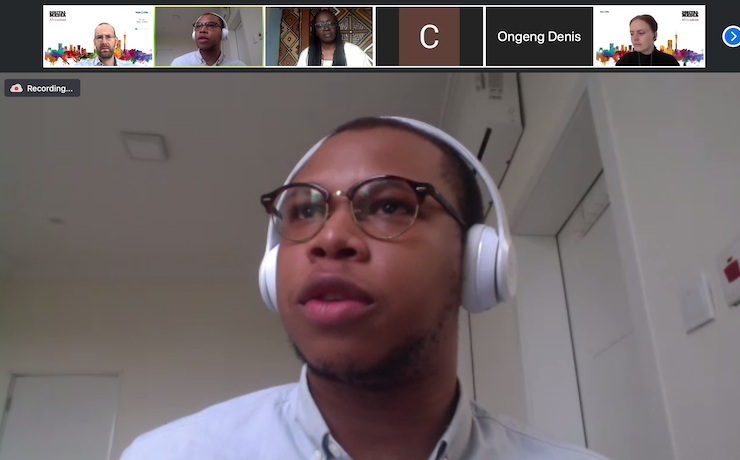 Newsrooms across the African continent have been battered by the coronavirus pandemic, with close to 1,000 media workers having lost their jobs in South Africa alone. While the knock-on effects of fewer journalists in society, and the impact of the crisis on the industry as a whole are likely to be felt for a long time, the past few months have also given rise to digital and cultural innovations, according to panelists in the opening session of the virtual edition of WAN-IFRA’s Digital Media Africa conference.

“The best word to sum up the past few months is that it’s been very schizophrenic because on the one hand there’s a very real loss that we’ve experienced across the media industry,” said Adriaan Basson, Editor-in-Chief of News24, South Africa’s largest digital news publication.

In August, News24 launched a freemium model, keeping breaking news freely accessible but putting premium content such as in-depth explainers and analyses, investigative journalism, columns and op-eds behind a paywall.

“I’m trying to balance the realism with the moment that we’re in and the deep cuts we all had to make with the optimism of digital opportunity,” Basson said.

“We’ve seen an amazing uptake in subscribers, we have overshot our wildest expectations in the first month of having a paid-for service. I think the readers get it, I think they understand that they themselves can invest in the future of journalism.”

Nigerian-based digital information company Stears, which focuses on business and financial news, also made the move to launch a paid subscription service in the middle of the pandemic.

“For us, the question was how do we build a culture that is entirely reader-focused,” said Preston Timeyin Ideh, Co-founder and CEO.

“The answer was very simple because when the readers pay directly for your content, then you owe everything to them. The most important stakeholders in the Stears newsroom are the readers.”

Stears’ newsroom came together in February of this year, but was forced to move from a physical office space to remote working a mere month later.

“The pandemic hit Stears in the way it hit many publishers across the world, essentially trying to adapt to a new normal,” Timeyin Ideh said.

As a heavily technology-driven company (around half of team members are software engineers or data scientists), Stears already had a strong element of remote-working before the pandemic, which meant that a complete switch didn’t prove too challenging.

“The biggest change for us came from culture,” he said. “We had to spend quite a bit of time investing in the culture of quality, essentially trying to make sure we were able to replicate the same culture, the same mindset, the same belief around what we’re doing, our editorial standards, and why we produce what we produce.”

Other than that, Timeyin Ideh said Stears was hiring more slowly than initially planned, but was able to keep the core team.

It’s a different story for Zambian publication The Daily Nation, which was hit particularly hard by the pandemic and had to cut staff by more than 50 percent, according to Executive Editor Mary Mbewe.

“We are learning to swim in a current, and the current is so strong but we are learning. We were not ready digitally, and now we’re trying to set up digital platforms,” she said.

“It’s tough but I’m hoping by next year we should be standing. We’ve already learned so many skills.”

At Vision Group, a multimedia conglomerate in Uganda, Many freelancers are currently unable to contribute to its media products, and some regional newspapers had to be closed.

However, online audiences as well as radio listenership have grown during the pandemic.

“We’re seeing a lot of journalists trying out many innovative things with their smartphones. Though we are a large media house, we often worked in silos, but for the first time we are seeing people trying out different things, print media is trying out broadcast, broadcast is trying out print, everybody is trying out online. We certainly are doing a lot more than we’d normally do.”