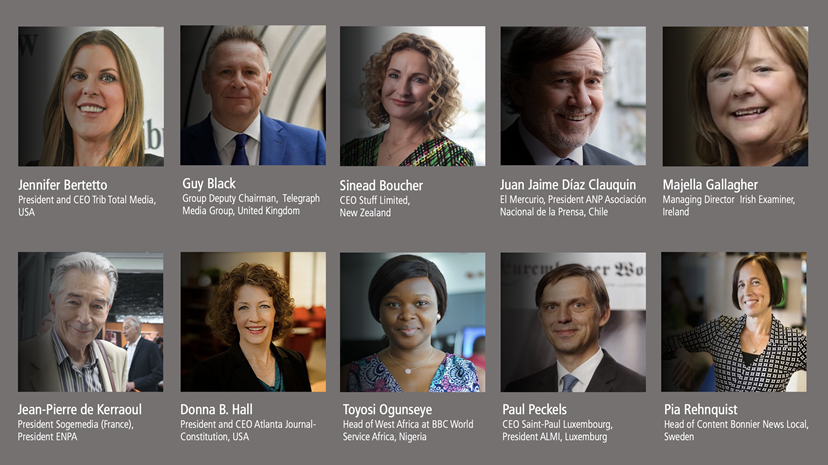 “The appointees add diversity to the Board of Directors. Their experience in and commitment to journalism will add much to our deliberations on the way forward for the media”, said Fernando de Yarza López-Madrazo, President of the Henneo Group in Spain and current President of WAN-IFRA. “We are thrilled to have these distinguished publishers and top media executives join the WAN-IFRA Supervisory and Executive Boards at this time and assist the global news publishers association in its way forward. I want to thank our departing Board Members for volunteering to serve on our Board, for bringing their passion, intellect, insight, experience and resources to the table. As they look back on their time with us, they know that our achievements would not have been possible without them at the helm”, added de Yarza.

Ten media executives were elected to new Supervisory Board terms:

Four Supervisory Board Members were appointed to the WAN-IFRA Executive Board:

Twenty-five media executives were reappointed for a new term of office at the WAN-IFRA Supervisory Board:

Eight executives are departing the WAN-IFRA Supervisory Board after many years of service.

The Board Members and the staff of WAN-IFRA wish to express their deep appreciation to eight departing members of its Board of Directors who contributed years of distinguished voluntary service to the world leading news publishers organisation. The departing board members are:

ABOUT THE WAN-IFRA SUPERVISORY AND EXECUTIVE BOARDS

“Despite everything this moment of change brings, I believe there exists an immense opportunity. It is a moment for us to redraw an economic model that works in the interests of professional media to continue with renewed drive and determination to serve our communities, placing the values that define us, that have been at the core of our profession. We are proud to stand in the promotion of professional excellence, press freedom and the freedoms of our society with our Board Members. I want to thank them for their loyal support. It is a message that resonates loudly among WAN-IFRA’s global community“, said Vincent Peyrègne, CEO WAN-IFRA.

Review all members of the WAN-IFRA Supervisory Board and Executive Board of Directors. The WAN-IFRA annual Activity Report 2019 is available here.