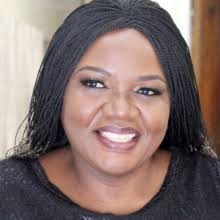 Mary Mbewe has had a prestigious career that has spanned 30 years in the industry and includes serving as the first woman Editor-in-Chief of a major newspaper in Zambia. She has dedicated her work to telling human stories, often of marginalised people and communities which too often get left behind. She has invested herself in the training and development of journalists starting their career and has acted as a mentor and inspiration to many women journalists.

The WIN Editorial Leadership Award selects one outstanding editor from Sub-Saharan Africa and one from the Arab Region, annually. The Award recognises excellence in leadership, and an unwavering commitment to equality and press freedom. Candidates are selected by the Award Selection Committee, which is comprised of members of the WIN Steering Committee as well as previous Laureates.

Mary Mbewe  is the Executive Editor of the Daily Nation Newspaper, one of the three major newspapers in Zambia. She has been in her current position since May 2017 when she joined the company. Prior to this position, she had served as Chief Sub Editor and Personnel Officer. Mary started her journalism career with the Zambia Daily Mail in 1991 and by 2000 was confirmed as Editor-in-Chief, becoming the first woman at the paper, and in Zambia as a whole, to hold the prestigious position. Mary is a founding member of the Zambia Union of journalists (ZUJ), and a member of the Zambia Media Women Association (ZAMWA) and the Media Institute of Southern Africa (MISA)’s Zambian Chapter.

She became the first woman to hold that position in the mainstream media in the country at the age of 30. Mary is a founding member of the Zambia Union of journalists (ZUJ), and a member of the Zambia Media Women Association (ZAMWA) and the Media Institute of Southern Africa (MISA)’s Zambian Chapter.

In her acceptance letter to Women in News, Mary expressed her passion for telling true and authentic human stories of everyday Zambians who often go unnoticed.

“I am happy to be part of a team shaping a different narrative in supporting ordinary people.  This award is therefore dedicated to all the hardworking men and women who spend hours making life easy for others, such as the women in shelters. And of course, to the Zambian men and women in the media for striving to be better than the best, sailing and surviving through storms in a tough field – especially the havoc caused by COVID-19.”

CEO of WAN-IFRA, Vincent Peyrègne congratulated Mary for the achievement and said the Award comes at a right time: “Recognizing leadership and celebrating excellence is even more important in today’s context. While media and the world remain gripped in this crisis of the global pandemic, Mary continues to exemplify excellence and resiliency bringing everyday news and human stories day after day.”

Previously the Awards have been held in-person but due to global COVID-19 pandemic, this year, the award ceremony will be held virtually.  “It was our intention to hold an in-person Award Ceremony at the upcoming WAN-IFRA News Media Congress as is the tradition,” continued Peyrègne. “The Congress itself was cancelled due to COVID-19, but we are hopeful that we can hold it as planned in June 2021, with Mary Mbewe being in attendance to accept the Award at that time.”

“Naming Mary this year’s Laureate takes on particular significance as we mark the 10th anniversary of our work in gender equality and media freedom in Zambia. We are very honoured to welcome Mary into our esteemed group of Laureates, each of whom inspire and pave the way forward for the next generation of leaders,” said Melanie Walker, Executive Director, Media Development & Women in News, WAN-IFRA.

ABOUT THE WIN EDITORIAL LEADERSHIP AWARD

Each year, the Women in News Editorial Leadership Award is awarded to one outstanding woman editor in the Sub-Saharan Africa Region and in the Arab Region, annually. The Award recognises an exemplary contribution of an Editor to her newsroom, and under her leadership, the contribution of the media industry. The 2020 Laureate for the Arab Region will be named later this month.

Past Laureates from Sub-Saharan Africa are Oluwatoyosi Ogunseye from Nigeria (2014); Pamella Makotsi Sittoni from Kenya (2017); Barbara Kaija from Uganda (2018) and Anna Nimiriano from South Sudan (2019).

For more about the Women in News Editorial Leadership Award click here.

Barbara Kaija, Group Editor-in-Chief, New Vision, Uganda (2018 Laureate). Barbara is Group Editor-in-Chief of New Vision Printing and Publishing Company, a multimedia company in Uganda that publishes various newspapers, including The New Vision, Bukedde, Orumuri, as well as a suite of magazines. Barbara has been with the newspaper since 1992 when she joined as a trainee sub-editor. She was promoted to Editor-in-Chief in April 2010, having steadily moved up through the ranks first as Features Editor – a position she held for ten years – and then as Deputy Editor-in-Chief, a position she held for four years. In addition to her role at New Vision, Barbara is also an established media trainer and coach and has been providing mentorship to young people in the fields of media and communications in Uganda and across Africa. Barbara has been a board member of the African Centre for Media Excellence (ACME) since September 2012. She has also served on the board of Media Focus Africa (MFA) since March 2017.

Pamella Sittoni, Executive Editor, The Daily Nation, Kenya (2017 Laureate). Pamella is Executive Editor of The Daily Nation, Nation Media Group where she leads the Nation Media Group’s coverage of international, African and regional affairs by staff in Nairobi and three bureaus in the region, as well as correspondents across Africa. She has held the position for five years. Pamella began her career at the Nation Media Group in Kenya as a reporter in 1993 and later worked as a sub-editor, Deputy Chief Sub-Editor and Chief Sub-Editor. In 2003 she moved to the Standard Group, as Deputy Managing Editor and was appointed Managing Editor of its flagship daily, The Standard, in 2005 becoming the first woman Managing Editor of a daily newspaper in Kenya. Pamella is a Fellow of the Aspen Global Leadership Network through the Africa Leadership Initiative (East Africa).

Toyosi Ogunseye, Head of West Africa, BBC, Nigeria (2014 Laureate). Toyosi is the Head of West Africa at the British Broadcasting Corporation, BBC. She manages the operations and the five language services of the BBC in Francophone Africa and Anglophone West Africa. She has over 14 years experience as an investigative journalist on different beats like politics, crime, business, health and environment. Ogunseye was the first female editor in the 41-year history of Punch Newspaper, Nigeria’s most widely read newspaper. She is the winner of the Presidential Precinct Inaugural Young Leader Award in the United States which she received alongside Secretary Madeline Albright. She also received the University of Ibadan’s Distinguished Award for Journalism Excellence in 2016.

ABOUT WOMEN IN NEWS

Women in News (WIN) aims to increase women’s leadership and voices in the news. It does so by equipping women journalists and editors with the skills, strategies, and support networks to take on greater leadership positions within their media. In parallel, WIN partners with media organisations to identify industry-led solutions to close the gender gap in their newsrooms, boardrooms and in the content they produce. WIN is currently working with more than 80 media from 15 countries throughout Sub-Saharan Africa, the Middle East and Southeast Asia including Botswana, Kenya, Malawi, Rwanda, Somalia, Tanzania, Uganda, Zambia, and Zimbabwe (WIN Africa) and Egypt, Jordan, Lebanon and Palestine (WIN Arab Region), and Myanmar and Vietnam (WIN SEA).

Women in News is made possible through support from the Swedish International Development Cooperation Agency (Sida) and the Royal Norwegian Ministry of Foreign Affairs. More on www.womeninnews.org

WAN-IFRA is the World Association of News Publishers. Its mission is to protect the rights of journalists and publishers around the world to operate independent media. WAN-IFRA provides its members with expertise and services to innovate and prosper in a digital world and perform their crucial role in society. With formal representative status at the United Nations, UNESCO and the Council of Europe, it derives its authority from its global network of leading news publishing companies and technology entrepreneurs, and its legitimacy from its 80 national association members representing 18,000 publications in 120 countries.  Visit wan-ifra.org