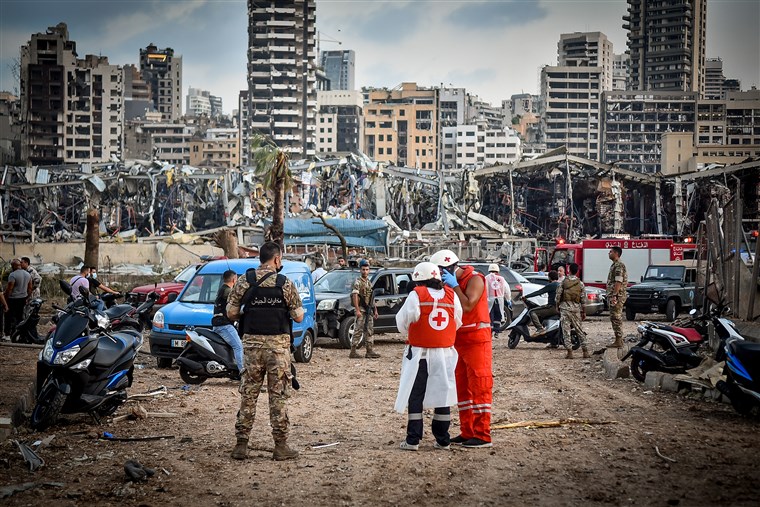 Offices of 28 media organisations were affected, 18 of which were severely or extremely damaged. Forty-four journalists were wounded in the blast. With hundreds more having witnessed horrific scenes of the dead and injured.

The Social Impact Reporting Initiative was started earlier this year as a result of COVID-19 to provide sponsorship or direct cash support to journalists negatively affected by COVID-19 in the Arab Region and Africa. This phase of the initiative is focused directly on journalists in Lebanon helping them provide accurate and timely information to the audiences they serve.

“This is another good initiative by WIN to support women journalists in Lebanon, especially that they were badly affected by the massive explosion. The houses of some of these journalists were badly damaged, at a time they were also suffering from an acute economic crisis,” said Dalal Saoud, WIN steering committee member and coach for Lebanon. According to Saoud, the devaluation of the Lebanese Pound affected the salaries of most journalists. They were surviving and trying to keep up the work to cover all the events in Lebanon. “WIN was quick in responding to the latest tragedy in Lebanon by supporting the community of women journalists,” said Saoud.

“This initiative provides both moral and financial support. Personally, it empowers and motivates me to report on the social impact of the explosion, which has been incredibly difficult especially as I was injured during the blast,” said Soumoud Ghazal, a journalist at Al Araby Al Jadeed. “While we were feeling that we lost everything, this support made me realise how much my work is valued and gave me the strength to keep going.”

The Beirut Explosion happened while Lebanon was struggling with one of the biggest economic crises in the country, ongoing political revolution and movements to fight corruption. Before the blast, many journalists were losing their jobs, and others were struggling to survive a political and economic crisis. This has been especially challenging with the lockdowns and precaution measures imposed by the government during the COVID-19 pandemic.

“Before the Beirut blast, due to the economic crisis, freelancers were struggling to get published. I used to write regularly for a local website, but a few months ago, they stopped accepting contributions from freelancers as before, and this has been the case with most media organisations. This initiative was an important support to us, especially that we needed to be motivated to keep writing,” said Zainab Kanaan, freelance journalist.