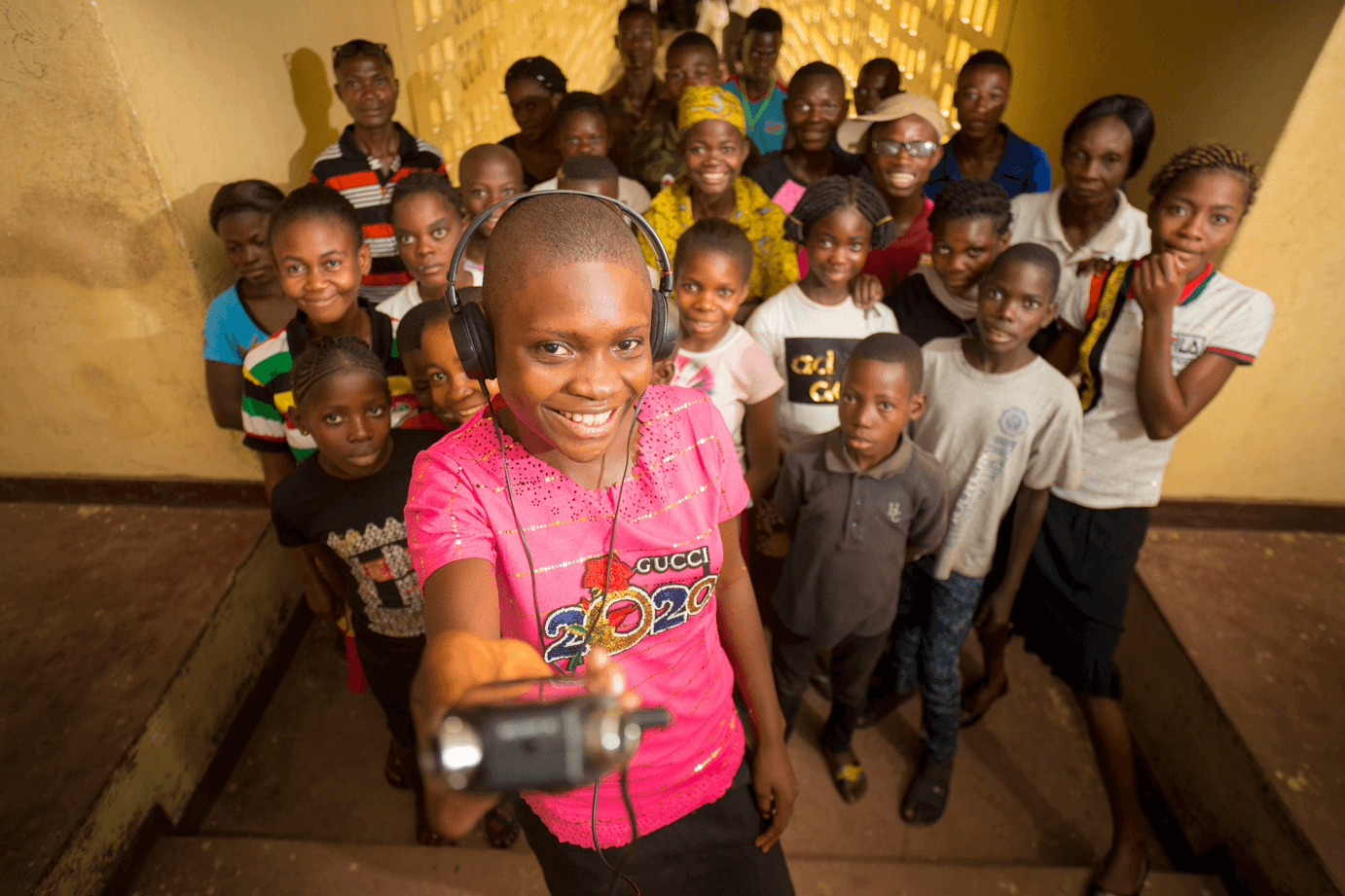 Research shows the COVID-19 pandemic is unlikely to slow the rate of growth of podcasts, though there may be less money in the short term for investment and a few advertising hiccups.

Nic Newman (Senior Research Associate, Reuters Institute for the Study of Journalism, UK), Paul McNally (Co-founder, Volume, South Africa), and Shandukani Mulaudzi (Executive Producer of Podcasts, The Children’s Radio Foundation, South Africa) came together during WAN-IFRA’s Digital Media Africa conference to talk about how podcasting is one brick in the wall and not a silver bullet that will solve the media industry’s problems.

The virtual session was moderated by Nomusa Taylor-Dube (Senior Strategy Consultant, Kenya, and co-founder of “Afracanah,” a podcast based on telling stories of the African diaspora).

Podcasting landscape in Africa and beyond

According to the Reuters Digital News Report, surveying 20 countries, a third use podcasts regularly. Fifty percent of the responders found podcasts to provide a deeper understanding of issues than other forms of media.

In South Africa and Kenya, Reuters found around 40 percent of the more educated, urban samples to be monthly podcast users.

“It’s difficult to obtain accurate data about podcast consumption; subscribing to a podcast doesn’t necessarily equate to consumption. Mostly, people don’t have a clear idea about what a podcast is, which affects the level of understanding in different countries,” Newman said.

Another reason that reflects the growth of podcasts is audience profile. Podcasts are disproportionately consumed by people under the age of 35, while radio is consumed by older people. Why are younger people consuming podcasts? There are three reasons.

The key technical driver of the move to audio is the smartphone, combined with headphones, enabling people to listen to audio incredibly clearly. Mobile applications are also a key part in enabling playing podcasts on your fingertips.

“In Africa, smartphones are more dominant than in the rest of the world. However, there are a few constraints around bandwidth that are affecting growth,” said Newman.

According to Newman, the future will inevitably have an audio stronghold. Next generation headphones are almost platforms in their own right, with built-in voice activation discovery.

“Voice assistants are growing rapidly, putting on-demand audio players effectively into millions of homes. Maybe not in Africa yet, but these things will progress,” he said. “We also have integration of the app paradigm into cars where historically a lot of audio listening has taken place.”

Anyone can be a producer now

The number of podcasts and the rate of growth for podcasters is growing exponentially. According to data from Chartable, there are now more than 200,000 shows produced a year – from enormously successful, digitally native podcasts and on-demand radio programmes.

During the past few months, both Apple and Spotify have hosted more than a million active podcasts. Several of these podcasts have miniscule audiences and do not make money, but at the top end, digital-first podcasts are a huge success.

The New York Times registers 3 million listeners each day for its daily news podcast. “The NYT podcast is profitable in its own right but the other reason they’re doing it is because it’s a key driver of awareness for subscriptions for the younger audiences,” Newman said.

Advertising revenue in a few countries such as the US is growing rapidly and is holding up during coronavirus far better compared to other kinds of media.

However, according to Newman, this situation differs in almost all other parts of the world. “Not many people are making money from podcasts outside a few big shows,” he said.

Paul McNally, the co-founder of Volume in Johannesburg, says his company is gambling on advertising-reliant podcasting being a difficult revenue creator. The African audience is relatively small and is not geared towards advertising on podcasts. There are 200 community radio stations – mostly underfunded – around South Africa, of varying successes, through which people get their local news. Volume saw an opportunity to help these community radio stations but could not make the numbers work. Now the company has shifted its business focus and creates podcasts for organisations and brands.

“However, radio is still a huge draw in working class communities so we’re trying to push podcasts, and at the same time trying to make some revenue,” McNally said.

He said several successful podcasts in South Africa are chatcasts (recorded radio), with two people talking that is later chopped up and aired as a podcast. Volume is trying to create a more traditional American model of podcasts with research, narration and editing.

A few of the podcasts that Volume has created

Alibi: South Africa’s first investigative limited-series podcast, Alibi was produced as an editorial product that did not generate any revenue. Volume produced this series to merely bolster the image of the company. The company’s second investigative podcast was around the assassination of a high school teacher, a rather prevalent problem in South Africa. “We dug deep and found that there was widespread assassination of teachers for their jobs. Even though the numbers were reasonably good, we struggled to get an advertiser on this series. Advertising is still a struggle,” said McNally. “More than half the listeners of this series were from the US and the UK and not from South Africa.”

Kill Switch: A six-part series exploring the alarming rise of anti-democratic internet shutdowns across the world – from India to Sudan – was funded completely by Access Now and Into News. This was a turning point for Volume where they realised they could produce quality content and generate revenue from it. All recordings for Kill Switch were done remotely. “A lot of people are thinking about getting into the podcasting space but are not sure how. You need to have a strong, tailored pitch to bring in funding,” McNally said. “The idea of it being a gold rush is disputable.” On the production side, Volume benefited greatly from the pandemic, in that the funds that were allocated for conferences and travel could not be put into podcasts.

What’s Crap on WhatsApp?: This podcast folds into the distribution side of things. “Kill Switch” and “Alibi” are both distributed as regular podcasts on Apple and Spotify, which is the traditional mechanism. However, snagging distribution traction doesn’t come easy. McNally said that no amount of time, money and social media promotion is enough if one can’t get the podcast on to the main iTunes page, to get distribution going. Banners of advertising podcasts on itunes – if you manage to get your podcast on there is what actually spikes your listenership. “What’s Crap on WhatsApp?” is the podcast that launched Volume in its current form. “The click through rate is almost non-existent for podcasts. It took us a while to realise that to generate marketing, we have to go where people are, which are the smartphone applications,” said McNally.

So, the company decided to distribute “What’s Crap on WhatsApp?” on WhatsApp as 5-7 minute voice notes, sent manually on broadcast lists every other Friday. To combat misinformation, Volume partnered with Africa Check. The podcast aims to reach those who wouldn’t necessarily go for podcasts, are not aware of podcasts or are consuming information through WhatsApp. “We knew that WhatsApp was this cesspool of misinformation and it’s hard to penetrate it because it’s encrypted,” said McNally. The Volume went from 2,000 subscribers in the beginning of the year to almost 6,000 subscribers.

Another organisation that has been working with community radio stations is The Children’s Radio Foundation (CRF). The company is currently working with 70 radio stations across South Africa, Tanzania, Zambia, DRC and Sierra Leone, where they train children (Youth Reporter Network) to become reporters who in turn train more children. These children work with radio station managers to disseminate information in their communities.

“We chose to work with children because they are more likely to adapt and absorb information compared to adults who think they know everything,” said Shandukani Mulaudzi, Executive Producer of Podcasts for The Children’s Radio Foundation.

“What I like most about podcasting is that for the most part, we’re all just guessing and trying to figure it out together,” Mulaudzi said. “Radio is king in Africa. For us to exist, we have to work with radio stations.”

The topics range from climate change, sexual and reproductive health, gun violence, and gang violence – whatever is affecting the childrens’ communities.

Mulaudzi said NGOs rely on funding and over time, every NGO in South Africa began scrambling for the same funding source. What does one do when the well runs dry? This is why CRF decided to find an alternate way to make money and transitioned into podcasts from radio.

Unfortunately, COVID-19 hit CRF hard. “We got stopped in our tracks just as we were about to go to Kenya for the first ever Africa Podcast Festival. There is no money in Africa right now, and if it exists then one must be extremely inventive and ruthless,” Mulaudzi said. “If one is to venture into podcasting then it is a fact that one needs the Americans’ help.”

Currently, CRF is busy putting together a pilot podcast episode that will then be pitched to get funding.

“We are lucky because we are able to leverage off of NGO money, but that is not sustainable,” Mulaudzi said.

She echoed McNally’s advice that companies must approach potential funders with strong pitches. Podcasting companies must ask questions, talk to each other and collaborate to overcome problems.

“Podcasting is merely radio reinventing itself with a new name and a different platform. Sure, the target audience is the youth but older people just need to be redirected to podcasts. They just don’t know these things exist. How can older people not love stories? They grew up listening to stories on the radio,” she said.

So, is COVID-19 going to kill the podcasting opportunity? Not entirely, but there has been a lull. Data from acast, a distributor across 13 countries, depicts how the pandemic has changed listening patterns.

Before the pandemic, podcasts used to hit a morning peak, where people tuned in during their commute to work, which has now flattened out.

“While there has been a huge demand for news during this period, there has also been demand for escapism. We’ve seen creators all over the world changing their content to what people need,” Newman said.