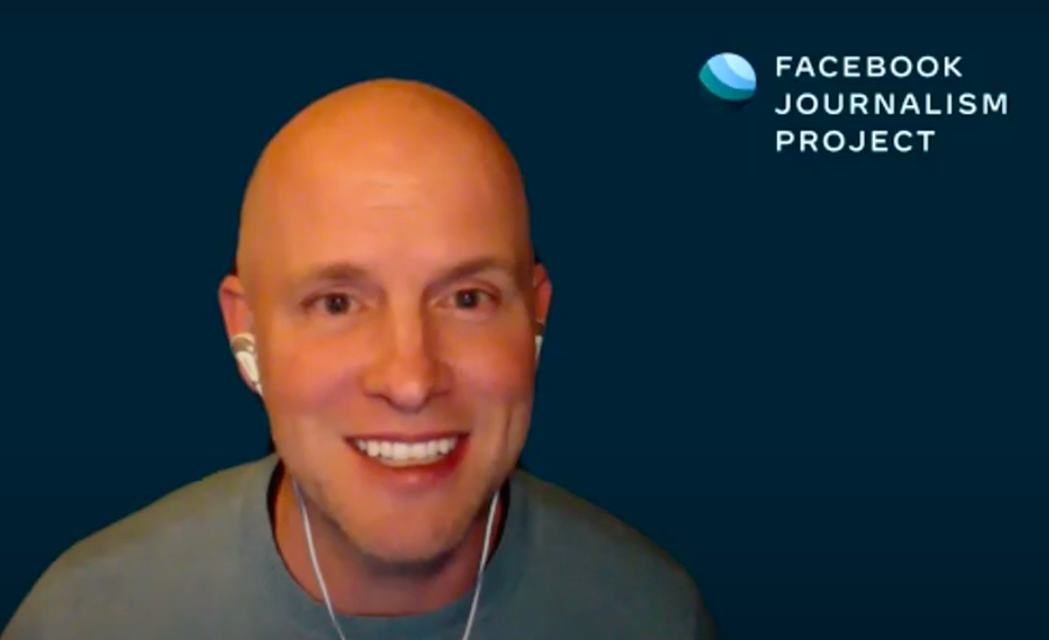 Chivers has spent his career in the media industry and worked closely in subscription marketing, digital transformation and content marketing. He has worked in the USA Today network and at The Des Moines Register and The Wall Street Journal, among others.

Chivers emphasised the need to “direct cross-functional ownership and break down silos’’ to get buy-in by all relevant parties. He highlighted the need to make decisions based on data, all the while keeping key performance indicators in mind.

“You also need to make quick decisions and build a culture and process of continuous improvement,’’ he said.

During the rest of the session, several participants at the Facebook APAC Reader Revenue Accelerator programme shared the results they obtained when they applied Chiver’s advice.

Continuous improvement with testing and insights

Chiratas (Jim) Nivatpumin, Senior Vice-President, Commercial and Special Projects, Bangkok Post, moved from a traditionally print-driven and “data-devoid’’ culture to gathering and using data to test and improve the response to the Post’s ePaper.

“We needed to change the plans available,” he said. “So we simplified it to one choice and then modified the design of the landing page.’’

Surveys of the readers of the Bangkok Post ePaper showed that the new landing page garnered more reader revenue compared to the older design, Nivatpumin said.

“Transition to digital platforms transformed us to have to change our mindset, be receptive to new ideas and incorporate a culture of testing,’’ he said.

Malaysiakini began using Google Optimise to transition to a more data-centric analysis framework, which they used to determine a more “user-friendly” subscription page.

One test the publisher ran involved the color of the subscribe button. There was a white “control” button, an orange version and a bright purple version. Aw thought the orange button would be the preferred choice.

“Orange was brighter and is our editorial colour,” he said. “But I was surprised that the results showed that the purple button was the preferred choice.’’

The audience funnel was a primary tool driving changes at Hong Kong i-Cable News, which launched a daily Facebook Messenger newsletter last year to cultivate a strong reading culture and reader base.

The newsletter’s launch initially landed between 200 and 300 subscribers before dropping sharply, according to Assistant News Editor Catherine Chan. That was when she focused on continuous improvement of the user experience.

Emoji responses were placed at the bottom of each story in the newsletter for readers to express their responses. Also, instead of just being released at 9pm Hong Kong time daily, the newsletter was also released at 8am, with four news stories in the morning version  compared to just three in the evening version.

“When we tagged the morning newsletter as ‘News to brighten your day,’ subscriptions rose again,” Chan said. “But the response was still wavering until we switched from Facebook Messenger to Telegram, which enabled us to add more content which the readers liked.’’

“The SCMP ePaper was previously free to all readers,” Lee said. “But on August 10th, we launched a paywall for selected markets. Then we changed the parameters so that readers would get five free articles before hitting the paywall instead of 10 previously.’’

Surprisingly, there was a 50 percent higher subscription rate with five free articles compared to 10 free articles.

The next initiative involved changing the background colour of the subscription page from a lighter background to a darker background.

Further tests also showed higher engagement when readers logged in with their personal accounts, compared to being anonymous.

Data is the key to understanding and success

Alex Fenby, Facebook’s News Partnerships Lead, Southeast Asia, summed it up: “Don’t take anything for granted. If you don’t have the data, you will not know the real picture. You don’t know what you don’t know.”

About the author: Arulnathan John is a freelance journalist. He was previously a 20-year news and copywriting veteran of Singapore Press Holdings.