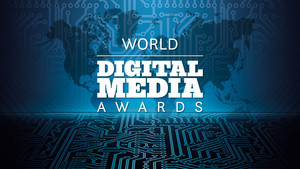 The WAN-IFRA’s World Digital Media Awards is the news media industry’s only truly global digital media competition. The 2020 winners came from the winners of our regional Digital Media Awards during this past year in Africa, Asia, Europe, Latin America, the Middle East, North America and South Asia, which together provide news publishers with regular showcases for the best-practice innovation in digital publishing worldwide.

The regional awards are evaluated by local juries and then later in the year, a different set of judges examines all the winners across the regions and selects the best of each category for the World Digital Media Awards.

“This is very impressive work, combining investigative reporting with data journalism,” said one of our judges. “One aspect of data visualisation that is not discussed enough is the art of obtaining new data and translating that into new formats/information which shed more light on an issue. La Nacion’s entry does this more and stands out as a great example of what many newsrooms should aspire to do.”
Said another: “Impactful and thorough. I really appreciated the various kinds of infographics the team made, customised to each purpose (maps, pictures, notebooks flipping). It was engaging and the scope was impressive.”

“Effective, useful, and scalable! I particularly appreciate that it takes journalists back to journalism rather than SEO, layout and analytics,” said one judge.
Added another: “The success of this strategy is in the metrics. But also in newsroom morale, if indeed the journalists can focus more on the stories and less on the admin of the web pages. Great use of AI to run a newsroom.”

“The project succeeds in engaging the user to deep into the troll´s world and gives a clear picture of what can be behind the content you might see in social media,” noted one of our judges.
Said another: “Troll Factory is awesome! I wish this could be taken to high schools! Congratulations.”

“In the world full of fake news, #UnderMyWatch campaign shows us how powerful humanity, responsibility, and integrity are and how they can play a part to make this world a better place!” said one judge.

“Combining creativity and data, Bloomberg has set a new benchmark of how to strategize, design and execute a native advertising campaign for its client with effective outcome,” said one of our judges.

“The Guardian has continuously upped its game over the course of the past year,” said one judge. “The reporting is excellent, and the website experience is first class, in particular the related content algorithm functions brilliantly and the design provides a smooth experience that keeps users engaged. No wonder the innovative appeal directly to readers to fund the site has been so successful.”
Said another: “Being an incumbent design leader weighs against innovation as there is less room for improvement, but the coverage and the way the coverage was executed place The Guardian in the top tier of global sites. While a minor detail, I love the fact that The Guardian is fully aware of the dangers of real news being reshared or republished out of the context of time. This does little for the bottom line but everything for the public narrative.”
A third judge added: “The Guardian not only sets the gold standard for European news websites, but the world by rolling out many innovations in such an important year for the UK, EU and the world!”

“The Guardian’s membership model has proven to be an innovative revenue model, and it’s impressive how the publication has continued to innovate around it to ensure members stay engaged,” noted one of the judges.
Said another: “Leading the way in membership models, The Guardian has made incredible inroads to a new way of thinking about reader revenue. Congratulations on a superior revenue model and journalism.”

Best Use of Online Video (including virtual reality)
VGTV, Norway
The Tinder Swindler

“Fabulous use of video and scrolling storytelling … combined with investigative journalism … makes the most of the internet,” said one judge.
Added another: “This report was super innovative in its storytelling technique. Other publications have used the messaging interface as a tool for storytelling, but it’s usually done in a stand-alone video. This project integrated this interface throughout its story. In addition to being super easy to read/watch through on the phone, this format was super engaged and kept its readers hooked. This is definitely one of the best uses of digital video that I’ve seen.”

“Exceptionally well-written and educational feature story,” said one of the judges.

“An exemplary entry with detailed s.m.a.r.t. goals and clear indicators for different types of ‘engagement’. I am pleased to see that revenue was among its objectives … Close-to-doubling your presence on Instagram is an outstanding achievement… The project is highly original and creative for Argentina. It draws on examples of best practice from abroad, and has built-in some new features that are entirely your own. Well done,” said one judge.
Added another: “Fine use of a fun medium for serious news. And a good effort at building trust with readers by allowing them into the sanctum sanctorum, the newsroom, with the high priests and priestesses doing the honours.”

ABOUT WAN-IFRA WAN-IFRA is the World Association of News Publishers. Based in Paris and Frankfurt, with regional offices in Chennai, Singapore, and Mexico City, its mission is to protect the rights of journalists and publishers around the world to operate independent media. WAN-IFRA provides its members with expertise and services to innovate and prosper in a digital world and perform their crucial role in society. With formal representative status at the United Nations, UNESCO and the Council of Europe, it derives its authority from its global network of leading news publishing companies and technology entrepreneurs, and its legitimacy from its 80 national association members representing 18,000 publications in 120 countries. www.wan-ifra.org