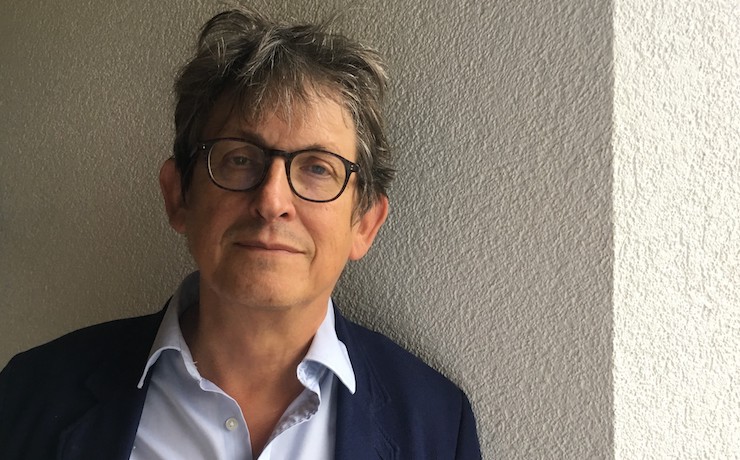 Alan Rusbridger: “We cannot demand to be trusted just because we are journalists”

For some 20 years, Alan Rusbridger was at the helm of The Guardian, leading the legacy outlet’s digital transformation journey. After stepping down as editor-in-chief, he became Principal of Lady Margaret Hall at the University of Oxford in 2015, but is planning to leave the college at the end of the academic year to focus on a variety of projects seeking to address the crisis of information and democracy. His new book “News and How to Use It” will be released on November 26.

WAN-IFRA spoke to Rusbridger to talk about managing change, the US elections, and newsroom diversity.

The interview has been edited for length and clarity.

WAN-IFRA: What advice do you have for newsroom leaders on managing staff and operations during this time of disruption?

Alan Rusbridger: I think it’s such a huge revolution and the future is so uncertain that a lot of the old techniques of leadership just don’t work.

I found it didn’t generally work to stand up in front of the newsroom and say, ‘Believe me. Follow me. Here’s my flag. Everything’s going to be all right,’ because they didn’t believe it and they were right not to believe it. And quite often, I was wrong about things because circumstances changed. So I think the best way is to get the people you’re trying to lead into the headspace that you’re occupying.

Sometimes that means getting them to think through the problems that are buzzing around in your own head, so that even if they don’t agree with you, in the end, they’ve been through the thought process. It’s a much more consultative style of leadership and it’s much more open.

How do you think this pandemic will impact journalism and news organisations in the long run?

Probably for the first time in their lives, for many journalists, they see journalism as something of a matter of life and death. It really matters that they get things right and that they behave responsibly, that what they’re doing is a public service to the community. It’s really important that there is a clean source of information out there. So I think that’s been very affirming of journalism.

And in a way, if you could sort of bottle that and take that into the future, so that you keep this idea of public service journalism and what the public needs to know. We know we’re living in a sea of disinformation, and information chaos, so I think it’s been very reinforcing about the central idea of journalism. Of course, it’s also been immensely damaging in terms of the commercial model, but I think the commercial model may have to change anyway.

What do you think might be the greatest threat to newsrooms?

This is really hard to do and I know that, especially for people who have been in the business for 20, 30 years, but we need to rethink what journalism is and how we do it. Why are trust levels in journalism not good in many markets and countries?

We do need to have a fundamental rethink about how we do it, how we explain it, how we make people realise that what we do is different from the chaotic mass of information around us.

That’s a huge and very transformative thing. But I think we have to reframe journalism as a public service. Now, if you can make money out of it as well, that’s fantastic. But there has to be a plan B and the plan B may be that like a lot of public services, there’s no money to be made out of policing or running a prison or an ambulance service, but we need those things in society.

I think we need journalists and reliable news. We’ve seen, quite frighteningly in the last 10 years, how terrifying it is to live in a society where people can’t agree on what the facts are or what the evidence is.

I think that really encourages us to think of the mission that we’re serving. And in addition, I think we have to start rethinking corporate structures as well.

When we look at the US where the media has been under constant assault from President Donald Trump, can those news organisations come back from that? And is there a way for them to reach those segments of the public that have essentially blindly been following Trump?

I obviously don’t think Donald Trump is good for journalism, and he did his best to delegitimise what we do. And in a way, he picked on the best of journalism because I think he thought that ‘If I can make people doubt that, then they’ll believe anything, and they might as well believe me.’ And that is, regrettably, a model of leadership that has spread around the world.

I think you fight it in two ways: One is to do what a great deal of American journalists have done, which is to just get on with the job and prove your worth by the validity of your reporting. It’s been great to see subscriptions soar for the people who have kept true to that, and kept the show on the road and invested in journalism.

The other way to regain trust is to think of it in a very 21st century way. The 20th century way of thinking about trust was ‘I am the broadcasting studio. I am the newspaper. I’m a journalist, now believe me.’

And that might have worked in an age when there was nothing else to judge it by. But we now live in a world where four billion people can talk to each other. Journalists have to start thinking about how they can earn trust.

As you said, Trump has been bad for journalism, but at the same time, led to a bump in subscriptions. Is there a risk that news organisations will continue to cover him perhaps too extensively in order to continue to capitalise on this interest that there is in him?

Personally, I think it would be healthy if he went away and played golf, that seems to make him happy and it minimises the amount of harm he can do.

To be serious, it was very interesting last week when he was spouting such dangerous nonsense that the networks cut away. And finally, Twitter, and to some extent, Facebook started putting interstitials in saying, actually, this stuff is just wrong.

I think this question of how mainstream news organisations handle disinformation and misinformation is going to become a very pressing one, and maybe in a way we have to kind of thank Donald Trump for forcing us to think about that.

With Trump doubling down on election fraud claims and announcing his team will hold rallies to spread the word about this, on the one hand you have to report on it, but on the other hand do you also risk amplifying this message and spreading it to a wider audience?

It is difficult. He’s the president of the United States, and you can imagine the backlash if it looked as though any news organisation was trying to censor him. But it’s extremely dangerous if you just turn on the cameras and give him unchallenged access to your news platform to say anything he likes. So it’s been interesting to see a variety of techniques of how you do both, you have your cake and eat it.

I think you have to show who he is. He is a liar. He is a fantasist. But here he is in his own words. But our job is also to tell you that what he’s saying is not true. It’s a difficult balance. How much rope do you give him and how much do you interrupt or come between him and the audience in real time to stop him misleading people?

Could you talk a bit about your role on the Facebook Oversight Board? Where does it stand, what you have learned?

It’s been a slightly frustrating journey so far because we’ve never met. We were appointed more or less as the pandemic closed down the world. And that’s meant that the whole business of getting to know each other, being trained, deciding how we wanted to work, is taking much more time. But we’re now open for business and I expect us to start working on our first judgments any time now. I’m also really impressed by the quality and diversity of the board, they’re from all over the world, they come from a variety of different backgrounds.

It’s been very interesting being given test cases, the real things that Facebook has had to deal with and think about what you would do about this, how you would think about it, and what framework you would use to have a consistent approach. There’s a fairly limited scope to begin with, which is fine, but I anticipate that over time we may want to expand our remit a bit.

Will it work? Too soon to say. It’s a very big problem to try and solve. I don’t imagine we’ll solve it completely. But so far, I’m impressed by the seriousness of the intent and the rigor of it, so I’m pleased to be a part of it.

According to a recent report from the Reuters Institute for the Study of Journalism, a majority of respondents felt that their news organisations did well in terms of diversity at a junior level, but only a minority thought the same about the senior level. Are you surprised by this discrepancy?

Sadly, it’s something we’ve been discussing for 10 or 20 years and progress has been slow. Now, there are all kinds of excuses you can make. It’s harder in a declining industry to make changes than in an expanding industry. Obviously, if you’re making lots of redundancies and not hiring people, then it’s very difficult to go out and hire diverse newsrooms. And sadly, that the training of journalists has lagged and the traditional routes into journalism where you would start at the local level, a lot of that has been decimated.

So it’s a continuing problem, but I do sense that a sort of urgency has communicated itself, and that more people are now actively thinking that this is something they have to address, and they have to address it for good business and editorial reasons. Generally, diverse businesses are good businesses, and if you’re going to hold up a mirror to society and report on it, but your newsroom doesn’t look anything like the society you’re reporting on, the likelihood is you’re not going to report on it as well as you should be.

People are not going to trust you because they won’t think that you understand them. So change has to happen, and the question is how do you speed it up, and how do you get people into senior positions, so that they’re calling the shots rather than operating at a low level in these organisations. 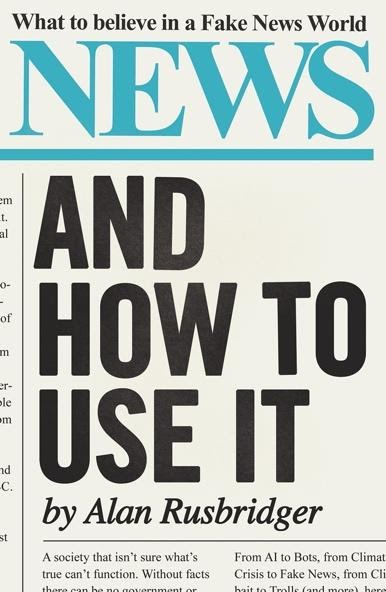 From AI to Bots, from Climate Crisis to Fake News, from Clickbait to Trolls (and more), Alan Rusbridger’s News And How to Use It is the definitive user’s guide for how to stay informed, tell truth from fiction and hold those in power accountable in the modern age. Coming out on November 26.