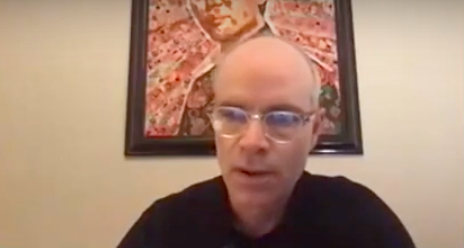 During a session at WAN-IFRA’s recent Digital Media Asia 2020 virtual conference, Managing Editor of The New York Times, Joseph Kahn revealed how The Times managed to reach 5.7 million digital subscribers at the end of Q2, 2020, adding 669,000 new digital subscribers. This puts The Times on course to achieve its goal of 10 million subscriptions by 2025. Digital product revenue also exceeded that of print for the first time.

Kahn, who has a storied career at The Times as a journalist including a stint as Beijing Bureau Chief, opened the conversation by recapping the events of the year. News highlights included the global pandemic, protests sparked by racism and police brutality in the US, a divisive and disruptive president, and the upcoming presidential elections.

Benefiting from the super cycle of news

Kahn said that because The Times was already years into its digital engagement effort, they were ready to harvest the results of this super cycle of news that led to unprecedented engagement with their news product.

In addition to US news, The Times also saw sustained spikes in engagement from events around the world, which not only involved political news but environmental and natural disasters. These events included the live coverage of a dam collapse in Brazil, the fire at Notre Dame Cathedral in Paris, Brexit in the UK and the protests in Hong Kong.

Kahn said the big backlash against platforms and the way social media contributed to disinformation also helped drive up readership, as did the fact that The Times tries very hard to ensure that it is above the partisan fray in US politics. This gives them a stature in the media landscape which resulted in very sharp reader engagement and subscription growth this year, said Kahn.

The Times benefited from the super cycle of news not only because of newsroom transformation, but also because they were prepared to bring all varieties of storytelling to bear on stories, enabling people to understand issues in greater depth and to benefit from The Times’ explanatory and investigative journalism.

Kahn believes readers are not fixated on form and format. Instead, it is up to publishers to decide what is the best way to tell the story.

At The Times, integrated storytelling is achieved by bringing together experts in various specialty media forms at what is called the “director pod.” The individual desks then decide how to best use those resources and which experts to partner with. Each desk is given a high level of autonomy to decide what is the best form for each story.

The Times’ experience with digital subscriptions is one filled with experimentation and lots of fits and starts.

They first erected their paywall in 2011 when the print business was the main revenue generator. Different subscription plans were tried. Growth was healthy but not really robust until the Trump era, when digital subscriptions really took off, growing at 20 to 30 percent per quarter.

The Times has tried a variety of tactics to boost repeated visits to the paper, including personalisation; tweaking the dynamism of the paywall; and adapting, optimising and individualising the relationship with each reader based on their behaviour and geographies. Big investments were also made in newsletters, which brought readers back to the core website.

The Times was also careful not to rush too quickly into a reader experience that was too restrictive so as to avoid losing a potentially monetisable audience.

“It is not a light switch. You cannot turn on a digital experience,” Kahn advised. “Move into it slow, deliberately with a lot of testing.”

To make digital transformation and digital subscriptions work, specialists needed to be recruited. The subscription growth department, the product department, and the newsroom have all gone through significant periods of investment, reinvention, and recruitment of new specialty skills, Kahn said.

As The Times was an early mover in the subscription business, the required talent was not readily available in the market. Promising talent had to be hired and expertise built over the years.

With regards to the tit-for-tat expulsion of journalists between Washington and Beijing, Kahn said that it is hard for him and other journalists to understand how these moves can be in the self-interest of the two big powers. Even at the height of the Cold War, the US and Russia had journalists operating in each other’s countries.

As for the ongoing trade disputes, military tensions, and uneasy diplomatic relations, he believes it is better for both countries to keep their citizens fully informed on what is happening in the other country in a nuanced way, using their own experienced correspondents.

“I really hope that diplomatically both sides will work this out and that media organisations will be able to navigate this and that we will return to a place where China understands that it is really in its interest that the whole world fully understands what is happening inside,” Kahn said.

Unifying storytelling between digital and print

Despite its digital transformation, print still remains very important to The Times, Kahn said, although print is treated differently now. A smaller proportion of the organisation’s reporting is now produced with print in mind. The daily print paper is put together from the full selection of what is available on their digital platforms.

“I think the only way to create a digital-first news organisation is to make the print operation as separate as possible and as downstream as possible from that (of the) digital operation,” Kahn said.

How to engage young readers

Regarding attracting younger readers, Kahn said he feels that the younger generation would appreciate it if the underlying story is told in the most impactful way. They are not necessarily hostile to text, but he said that publications have to grab them; draw them in an explanatory and inviting way; and consistently focus on the best way to get that information across. The style of story telling needs to meet their habit of doing other things when engaging with news.

“(For example,) if you are referring to a video and there’s no link, if you are talking about action in a video and you are not showing the video – those are turn-offs to people. Try to find the absolute best way to bring people the purest form of the story, and then you will engage young people.”

How to handle countries that are not used to digital subscriptions

Kahn estimates that about a third of The Times’ audience and a fifth of its subscribers are outside the US. The Times has seen strong growth in Europe and reasonable growth in Asia. This is despite not significantly differentiating the product for non-US readers. There is very strong engagement from audiences in Europe and Asia, especially in coverage of the pandemic and the US elections.

Although Asia is still a little behind the US and Europe with regards to digital subscriptions, he believes the trend of people expecting to pay for good quality journalism is irreversible and a healthy one.

Kahn says that journalists are in a volatile business, where news cycles are unpredictable. Publishers must be willing to remake the newsroom, and good newsrooms have always been able to adapt to volatility and uncertainty.

“If you can rebuild your strategy around what readers want, when they want it, look closely at the audience data, look closely at the engagement data, what’s driving people to your product, give them more of that. Figure out how to do high quality versions of journalism around the subjects and topics people are looking to that are within your reporters’ expertise. That is essentially the strategy,” Kahn said.

About the author: Lee Kah Whye is Director at Project Mercury, a media business consultancy. Prior to this, he spent nearly 20 years at Reuters and was head of the news agency business for Asia.