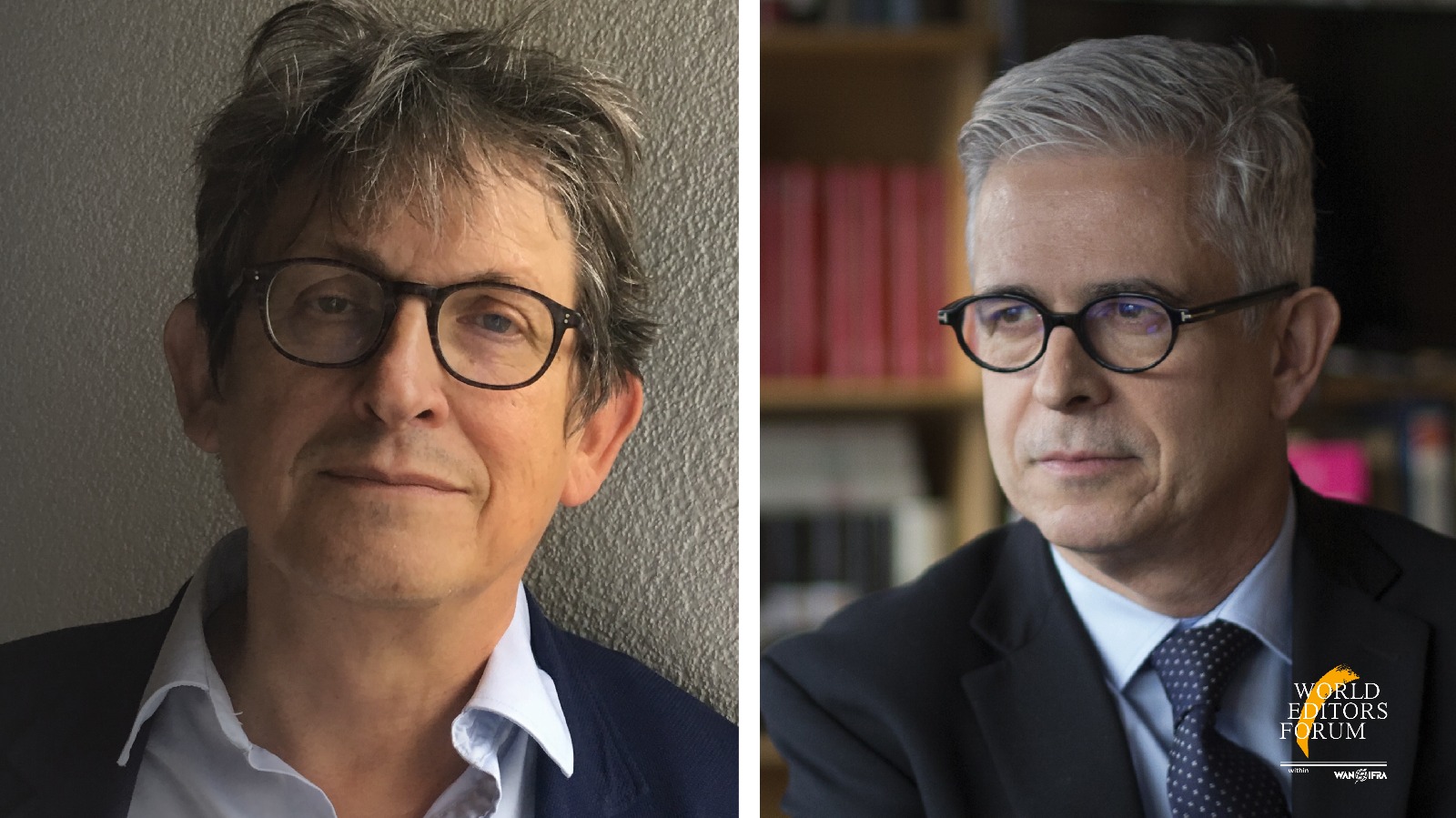 Winning back reader’s trust in the news was at the centre of the first session of the WAN-IFRA Digital Media LATAM 2020 conference, co-sponsored by the Luca de Tena Foundation Journalism Laboratory. “This is a fundamental problem if you live in a democratic country”, said Javier Moreno, editor-in-chief of El País.

“It is an urgent matter indeed,” pointed out Alan Rusbridger, former editor-in-chief of The Guardian. “The information chaos and the impact it is having on democracies is a matter of concern for everyone. In the US, it has been more prominent because we do not associate that lack of respect for journalism with a country that prides itself on being the beacon of free speech. But in every country we see the same pattern, not knowing what to believe, what to trust, what is true and what is not. We are all feeling that things are not working if society cannot agree on what is true and what is not true. This, unfortunately, has been exacerbated by the COVID crisis,” and the urgency is even greater.

This emergency in journalism is one of the reasons why Rusbridger has published two books in a short space of time, which seek precisely to redress this situation. The first of these, from a couple of years ago, The Future Of News: The Remaking of Journalism and Why It Matters Now, and the new one, which will be published in a few days, News: And How To Use It, in which Rusbridger tries to break down what journalism believes it is doing or taking for granted and where it falls short of reclaiming the position it wants for itself.

“The inability of journalists to think about what they do so that others can understand it, because, ourselves, we do not understand what we do” is one of the causes that Rusbridger has identified for the failure to get people to take refuge in journalism at a time of crisis such as the present one.

For Moreno, one of the most worrying signs that are perceived “is that we do not have clear ideas about how to get out of this chaos as journalists. If we ask a journalist, he will probably argue that journalism is an art, and that we need to go back to the basics of our craft, which is journalism, and that this is what is going to save us and that is not enough”.

Rusbridger: “You have to be more humble to try to get people to trust journalism”

According to Rusbridger, one of the measures that can help improve that confidence in journalism is “to be more humble. Journalists must better explain what we do, and when it comes to building trust, remember that we are in the 21st century and not the 19th or 20th. The message cannot be based on the premise that I am a journalist and that therefore they have to believe me just because of that fact. We cannot expect to be trusted because of who we are but because of the way we are telling things. The starting point is very basic: we have to assume that the world has changed in the last 15 years in a way that we could not have imagined.

The former Guardian editor also stressed that although there is a real crisis in the media industry, cutting costs “is not going to lead to success. If you work with a CEO who believes that you can cut the payroll of journalists by 20%, things are going to get worse, there will be less things to read in the newspaper, fewer people will buy it, fewer people will advertise with us, and we get to the situation where people say that the newspaper is not worth reading, that they do not find anything of interest, and they do not pay for it. We know that it doesn’t work. There we have the case of The New York Times, often referred to as a success story. It’s true that when talking about The New York Times, you have to take into account certain particularities, such as the fact that New York is the wealthiest city in the world. They are a market in themselves, but they kept a vast newsroom and continued to invest in their information products, and they realised that people were willing to pay for that information.

Back to the faculties to explain why it is good to be informed.

Another solution pointed out by Rusbridger is training. “This is going to take a generation to correct. We must start in universities with civic education programmes and explain why it is a good idea for people to be informed to make better decisions. That was the theory in which we were educated. It was like a duty to be informed to have a better society, but people no longer think that way. We have to go back to the faculties and tell people that they have to identify what is true and what is not true, because it is essential to know that difference. It is also vital to have an independent society, and that can question power.

A plan B for journalism

Rusbridger also stressed the need to have a plan B for journalism. “Of course,” says the former Guardian editor, “plan A is for readers to come back and pay, for us to get advertising back and for technology to wear off. That’s plan A, but it may not happen, and you have to have a plan B and that plan B starts because society understands that it needs to have good information. We are a public service, like the police or energy. We provide a similar service. If those people who provide that service are not going to be paid by the market, then we have to look for another kind of structure, either by social funds or charity, but first, we have to start by showing them the benefit we bring to the public. I think that’s how we have to rebuild trust: by showing the work we do.