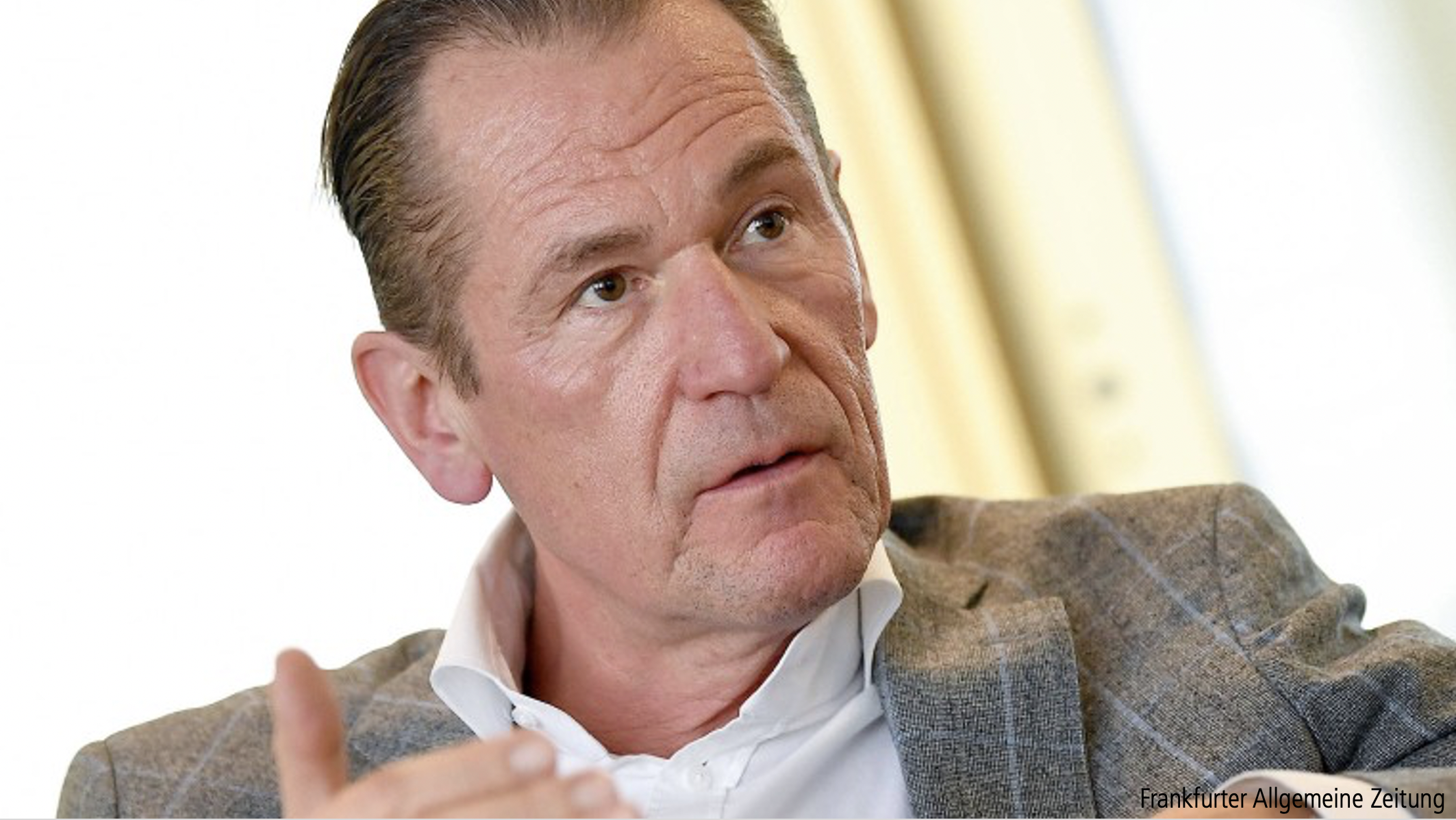 According to Döpfner, the platforms reached such a dominant position in the digital sphere that fair competition does not apply any more.  News professionals, including publishers, journalist, or bloggers, are so dependent on the reach they can achieve on Google or Facebook, that they cannot defend themselves on their own any more. A search engine with a 98 per cent market share becomes a biased “response engine”, comments Mathias Döpfner.

In the interview, Döpfner deplores that the German Government does not act fast enough with a quick and appropriate national application of the European framework on publishers’ rights. In a draft bill recently issued, the German Justice Ministry’s draft bill obliges holders of rights to apply for licences instead of requiring platforms to conclude licence agreements, as the EU directive stipulates. For Döpfner, as well as other creative industry trade bodies representatives, like the German Music Industry Association, this “violates European and international copyright law”.

Enforcing the application of European regulation is not about preserving the continued existence of analogue business models. “No analogue newspaper will prosper for any longer because there is European copyright law. But this law enables publishers to innovate and transform into the digital world. It provides an incentive for start-ups and digital journalism projects. That is the decisive effect. If this fails, the platforms’ grip on journalistic diversity will be massive.”. “The text has been formulated, it is already a compromise of conflicting interests, there is no need for national go-it-alone which would water down the law still further”.

Although Döpfner is confident that the Federal Government is taking the criticism seriously, he warns politicians about the risk to be trapped in a vicious cycle. “From a political standpoint, it may well be unpleasant to get annoyed by a few hundred different journalistic voices every day. But, at the end of the day, that is much better than having to deal with just two platforms that can lead any government around by the nose”.

According to Döpfner, the Government should consider introducing collecting societies so that platforms do not “evade the law by making individual deals” as well as an arbitration mechanism based on the Australian model. “If after ten years, this EU regulation in Germany were to be reversed and become a platform protection law, this would be a historic turning point”. Using financial aid to override market rules, as is envisaged in Germany with the supposed promotion of innovation is not a valid option. “Publishers have never demanded such subsidies. We take care of innovation ourselves”…” All we need and all we demand from politicians is fair competition” concludes Döpfner.

The full interview was conducted by Michael Hanfeld and published in Frankfurter Allgemeine Zeitung on Dec. 5, 2020. An English translation is available on the BDZV website.