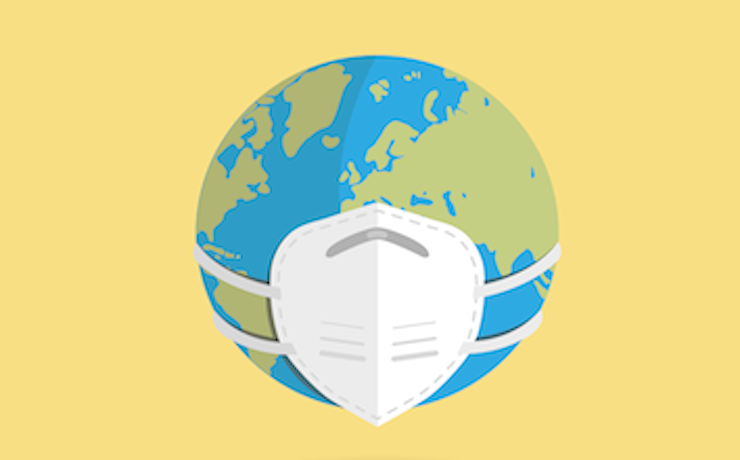 While predictions are difficult, scientists are almost certain that, given the increasing frequency at which epidemics have been occurring across the world, there is a high likelihood of another pandemic in the future.

Apart from the health aspects of it, what makes the likelihood of another pandemic scarier is the chances of it triggering another infodemic, similar to that set off by the coronavirus pandemic. According to the World Health Organisation (WHO), an infodemic is an overabundance of information, both online and offline, which includes deliberate attempts to disseminate wrong information to undermine the public health response and advance alternative agendas of groups or individuals. Given the reach and spread of misinformation through social media, infodemics are a real threat today. This makes the collaboration between scientists and journalists all the more important.

“There is a high likelihood of another flu pandemic in the future. We have already had three flu pandemics in the 20th century and one in the 21st century,” said Dr Sylvie Briand, Director of the Global Infectious Hazard Preparedness Department, World Health Organization (WHO).

Briand was speaking during WAN-IFRA’s recent Science in the Newsroom Global Summit in late November. Also participating in the same session, which was moderated by Salma Khalik, Senior Health Correspondent at The Straits Times, were:

Unlike outbreaks in the past, contemporary epidemics attain rapid international spread, disrupt travel and trade and warrant an increased role of community and civil society. Pandemics like COVID-19 have a strong impact beyond health in a globalised world and worsen inequities.

“Epidemics bring a lot of fear and uncertainty. But how can we manage the expectation and fear in the era of social media? Because you have noticed that our world has changed enormously. It’s very hard to manage this tsunami of information that we call infodemic,” said Briand.

“What is important to note is that now everyone is an author, an editor and a disseminator of information. So how can we train people to be good authors, editors and disseminators of information in this century?” she added.

To fight this infodemic new tools and new approaches were needed, she said. They lead to utter confusion – people don’t know who to believe, what kind of information is right, what is trustworthy and even how to behave. An incident in Iran recently shows the gravity of the danger posed by infodemics.

“In Iran, for instance, 400 people died due to consuming methanol thinking it was a cure for COVID-19. Infodemics can promote such harmful behaviour because they don’t really know what is the risk for their health,” Briand said. “Ultimately it has led to mistrust in governments, in public health response and even in science. This is why infodemic is really something we need to manage. We can’t eliminate it, but we can manage it.”

She also noted the misinformation problems during the Ebola outbreak in Africa. “People didn’t want to go to healthcare facilities and Ebola treatment centres because they were afraid that somebody would kill them and take their organs. We hear such rumours over and over again. This is where journalists can really help,” she said.

By being the mediator between the science and population, journalists have a crucial role to distil the science, explain how the scientific process works and how it’s normal to have uncertainties during a new pandemic or epidemic. Journalists can help in translating new knowledge into actionable insights and in mitigating the fear while being transparent about risks.

With the spread of myths and disinformation through social media, there is a dire need to understand the infodemic phenomenon. Everybody has to understand that we are all front liners in managing an infodemic and everybody at each level has a role to play, said Briand. “We need to set a code of conduct to facilitate an open and constructive dialogue. We need to learn how to better communicate,” she said.

Need for a transformative change

Professor Carlos Gonçalo das Neves noted that people have been trusting science more and more, but the trust in the media remained quite low. “It’s quite intriguing for me because we are totally dependent on the media to broadcast our message. Adapting a quote to suit the day, it might be good science if it gets published in Nature, but it’s the truth only if it appears in The BBC or the Straits Times. So we do need you to do that job with us and for us,” he said, calling out to the journalist community.

He observed that things around communication have been changing rampantly unlike earlier when the communications team worked directly with the media. Today, in between these two entities, there is this paraphernalia of tools that decides how quickly a message gets spread and how quickly it can get spread wrong. If it gets spread the right way it has the potential to touch people like never before, and this is where the role of journalists comes in.

However, Neves said, if journalists wanted to tell the story right, firstly both the science and journalist communities needed to agree on a set of facts like biodiversity is essential, biodiversity is getting destroyed, the diversity of species is going down, and we are losing species at a quicker rate than ever, our patterns of land use have changed, wildlife trade – legal or illegal – is linked to disease emergence and climate change is happening.

“Pandemics and epidemics are happening at a quicker speed than ever before. Prediction and prevention are the way to go,” he said. But the problem lies where people forget about the pandemic and its causes once they are past it. Neves noted that the media has the power to influence and to make a change here.

“Ebola has been there for years. In Africa it has been associated with hunting, butchering and processing meat from infected animals. Despite the best efforts of WHO to get attention to this, we needed the year 2014 and thousands of people to die in Liberia and Sierra Leona for the media to focus on this and it to become world attention,” he said.

He acknowledged that during the pandemic the media has been doing a remarkable job in forwarding important messages – from washing hands to raising awareness. It played an important role in taking the recommendations from the scientists and WHO to the people. The challenge, however, was that many media houses were too keen to give early attributions to the origins of the virus without verifying the information and too quick to publish what looked flashy on the front page. He felt it diverted the attention from how to solve the problem.

“There is a need to have a long-standing collaboration between journalists and scientists to keep some conversations in the limelight. That way journalists get trained in talking about things related to science and we get trained to explain papers to journalists…We need to educate both sides for long-standing collaboration on big topics like biodiversity. We can also tip you on what is the most important thing. We can learn together and keep these topics going. So that when the next pandemic happens, you can do the screening much better, without the risk of the fear-mongering,” Neves said.

Professor Denise Lievesley drew parallels between statisticians and journalists noting that both seek to inform, both speak truth to power, both shine a light on marginalised and both expose uncomfortable truths.

“Statistics, like journalism, serve to empower,” she said. She pointed out that many of the tools journalists use during their work to verify information were of relevance in statistics too and were used to ensure the data is trustworthy.

For example, she noted that it is imperative for people to understand the provenance or source of information, such as:

What are the methodologies used?

Who participated in the study?

How many people participated?

This also holds true for explaining the expertise of the people carrying out the study, the independence and transparency of the situation, and whether there are incentives to report in a particular way, Lievesley said.

She added that statisticians are highly conscious of the fact that figures have spurious credibility and that they’re sometimes wielded like weapons. Therefore, there is an increased need for journalists and statisticians to work together.

“Journalistic skills remain absolutely critical. There is a need to be sceptical and ask questions, not being beguiled by the facts that these are numbers. Numbers can be made up just the way words are, and they can mislead and be misreported deliberately or through ignorance or through lack of resources,” Lievesley said.

During the past 10 months, people have begun to understand the importance of high-quality data and that is due to journalists, she added. However, she thinks more intermediaries are needed to interpret and explain the data accurately to journalists.

“We have something called the Science Media Centre in the UK, and it has been fantastic. I believe that’s important, and I think more such centres are going to help journalists translate scientific material and filter out the scientific material that is really, really valuable,” she said.