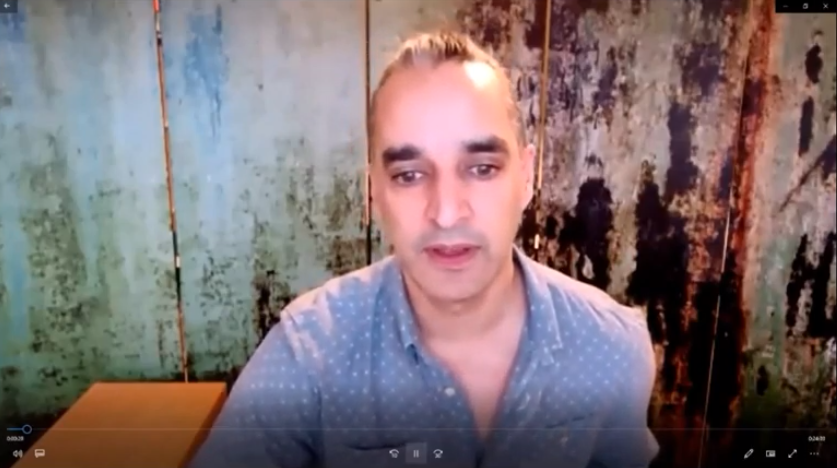 Central to addressing some of the fundamental issues of trust and inclusion that currently exists within the news media industry is remembering that journalism is for citizens, says Shirish Kulkarni, freelance investigative journalist and community organiser at the UK Bureau of Investigative Journalism.

“Journalism is not for journalists, and we need to think about citizens at every point of what we do. And that, of course, is even more true in a pandemic,” Kulkarni recently told delegates during WAN-IFRA’s recent Science in the Newsroom Global Summit.

“In a health crisis journalism is an emergency service … Pandemics aren’t just a medical crisis. They’re an information crisis, and as journalists, we’re in the frontline of that crisis and have to be prepared to act with the responsibility that implies,” – Sirish Kulkarni.

He remembered how frustrated he was at the beginning of the year to see media organisations across the world boasting their audience figures.

“News isn’t an entertainment show…Every click, every extra viewer, every extra page view were emergency calls. Viewers were looking for or asking for help, and instead, we treated those clicks or their views as an endorsement. What’s happened since then is, I think, a really important lesson,” said Kulkarni citing a recent report by Reuters Institute.

According to the report, in the UK, not only has engagement with the media fallen dramatically since the beginning of the pandemic but media houses also lost even more of the trust of citizens.

It is imperative for media houses to contemplate on how they can provide better journalism that connects with and engages citizens and re-inspires trust. Kulkarni, who has been doing research on storytelling by speaking to storytellers, journalists and citizens, offers a 7-point guide for better journalism.

It is of paramount importance to ask ourselves if the content we provide really gives a full and informative picture to our readers/viewers and genuinely contributes to their understanding of the world.

“We instinctively habitually reach for political reaction stories, but this pandemic is actually far better explained by scientists than by politicians,” he notes, adding that another recent Reuters Institute report found that citizens view domestic politicians as the greatest source of misinformation in the media. “If we don’t actually need them for every story, why are we using them? Let’s reconsider our habits and reach more for trusted sources – doctors, nurses, clinicians and scientists,” he says.

News organisations solely focusing on breaking news and constantly updating the top line makes news largely incomprehensible to people and deprives them of context and analysis unless they are watching news every hour or reading news every day.

Added to this is the problem of siloing journalism specialisations.

“Health correspondents, business correspondents and economics correspondents are all doing their stories entirely separately, which largely end up playing off against each other. And that’s one of the reasons why we’ve ended up with a false dichotomy of somehow pitting the economy against deaths,” says Kulkarni. “Coronavirus is altogether a health, business and economy issue, and we need to look at the problem much more holistically instead of creating artificial boundaries,” he adds.

In coverage, it’s important to offer a way for people to feel like they’re genuinely involved, instead of making them passive consumers.

“Can’t we do better and give citizens agency in our storytelling and let them also be authors of solutions, not just victims of problems?” Kulkarni asks. Given that curiosity is something that people are hardwired for at an evolutionary level, journalists need to find a way to work with people’s curiosity.

At most media houses the tone used in journalism still continues to be old-fashioned and formulaic. Last year’s Reuters digital news report found that only 16 per cent of people thought the news media uses the right tone.

”Much of our language is just habits we’ve transferred from newspapers 50 years ago, either to the newspapers of now, which are a different medium in themselves or to television, which is an entirely different medium. It makes no sense,” Kulkarni says.

“Innovation and storytelling aren’t just about telling stories differently or about different formats. It’s about telling different stories,” Kulkarni notes. “You don’t get that if you don’t listen to different perspectives and reflect on them. And that goes for gender, race, disability, sexuality, everything,” he adds.

For example, the work and views of male scientists have traditionally been considered more important than that of female scientists and that has become a habit in journalism too. To get diversity in opinions and to re-inspire trust, this has to change.

This speaks to the problem of trust news organisations are facing now. Journalists need to be clear about what they are reporting, how they are getting the information and also need to acknowledge the gaps in their knowledge where they exist. When journalists fail to acknowledge these gaps, people fill them in and see conspiracies even if they don’t exist.

It’s all about the way stories are told. “We are deeply, fundamentally and universally hardwired for stories,” Kulkarni says. “Across cultures, they’re used as kind of virtual reality simulators for life. They teach us how to navigate the world, prepare us for difficulties and ultimately teach us about how we might live more fulfilling lives.”

It may be time to do away with the usual inverted pyramid style of storytelling, he says because if we want our news stories to connect and engage our audience we have to engage the natural yearning for stories in them.

This could largely be achieved by writing in a linear rather than an inverted style.

“With complex stories where it’s crucial that citizens understand the full context and have the opportunity to take in all the relevant information, the inverted pyramid just isn’t fit for purpose…The problem with headlines or even a top paragraph which summarise information is that they can never give the full story or context,” he says. Eventually, it would only lead to the reader skimming or just skipping everything apart from the headline or lead paragraph.

It is also important that journalists start focusing more on providing clear and comprehensible information rather than always looking for the angle. People aren’t always interested in the journalistic angle. What they want is clear information.

Kulkarni sums it up noting that journalism in general, and the health crisis in particular, should be about orientation. Consuming news should help the readers understand the world, locate their environment and interact with it meaningfully. It should ultimately help them form a view consistent with their own personal and community interests and needs.