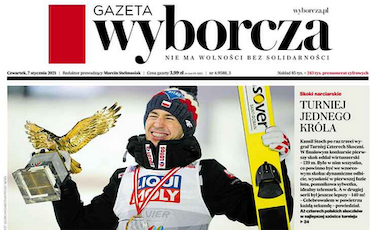 Most news is still being consumed on web portals with no paywall, there is no home delivery of newspapers, and there is high resistance to paying with a credit card and automatically recurring payments (with people preferring bank transfers and manual payment), explained Danuta Breguła, Director of Subscription Strategy, during WAN-IFRA’s Digital Media Europe conference.

Owned by Agora, Gazeta Wyborcza was launched in 1989, as the first post-Communist independent daily newspaper, and now features 20 local editions. It is relatively liberal in content – in a country considered conservative and polarised – and reaches some 18 million unique users per month.

In 2015, a year after successfully launching its digital subscription model, subscriptions to Gazeta Wyborcza stopped growing as fast. After conducting surveys, it found that users didn’t necessarily view the need to pay for access as a problem, but the idea of automatically recurring payments (users felt they had no control).

On the downside, this approach turned into a vicious cycle of acquiring subscribers through trial offers and discounts, losing a big share of them once their subscriptions expired, and then having to bring them back using discounts again, thus losing out on revenue.

In December 2018, only 11 % of subscribers had auto-recurring subscriptions.

To increase this share of auto-recurring subscriptions, Gazeta Wyborcza:

“Be persistent, never give up, and don’t be afraid to change course,” Breguła said.