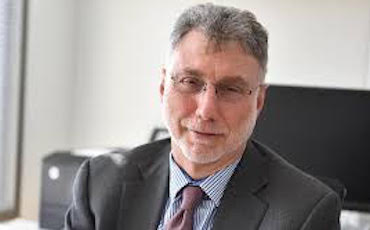 With Executive Editor Marty Baron announcing his retirement on Tuesday, The Washington Post joins a growing list of news organisations looking for a new editor, including The Los Angeles Times, Reuters, HuffPost, Vox, and Wired. The New York Times may also soon be on the hunt for new leadership, with 64-year-old executive editor Dean Baquet’s retirement fast approaching.

According to Axios’ Sara Fischer, these departures will make way for a new generation of newsroom leaders, “one that’s addicted to technology, demands accountability and expects diversity to be a priority.”

“The new editors chosen to lead these newsrooms must be willing to approach journalism in a new way,” she continues.

“Candidates that would’ve been considered overly qualified years ago might no longer be equipped to lead a modern newsroom.”

Over the past few decades, much has changed in the industry, but leadership in newsrooms too often still reflects an old world, says Federica Cherubini, Head of Leadership Development at the Reuters Institute for the Study of Journalism.

“A new generation of newsroom leaders already exists. They have been doing the work of running digital and implementing strategies. They speak audience and product, they understand technology, they are excellent journalists and know they need to lead with empathy as well as authority. It’s time to see them rise to the top.”

2020 has also been a year of reckoning for newsrooms in terms of diversity. Against this backdrop, candidates who may have been overlooked for leadership positions at major news organisations in the past, such as women or people from an ethnic minority background, may now find themselves in the running for top management roles.

In the case of The Washington Post, the role of executive editor has been held exclusively by white men for the past 65 years.

According to the paper, publisher Fred Ryan is considering both internal and external candidates for the position, and keen to find a successor who could lead the publication for at least a decade.

Baron, who spent eight years at the helm of The Washington Post, will be leaving the publication at the end of February, marking the end of a journalistic career that spanned 45 years. Under his leadership, the newsroom grew from 580 journalists to more than 1,000, and was awarded ten Pulitzer Prizes.

In a memo to staff, he wrote: “This news staff has delivered the finest journalism, shedding light where it was much needed and holding to account the powerful, especially those entrusted to govern this country. I am proud to have joined you in ambitious, high-impact work that is essential to a democracy. You stood up time and again against vilification and vile threats. You stood firm against cynical, never-ending assaults on objective fact.”