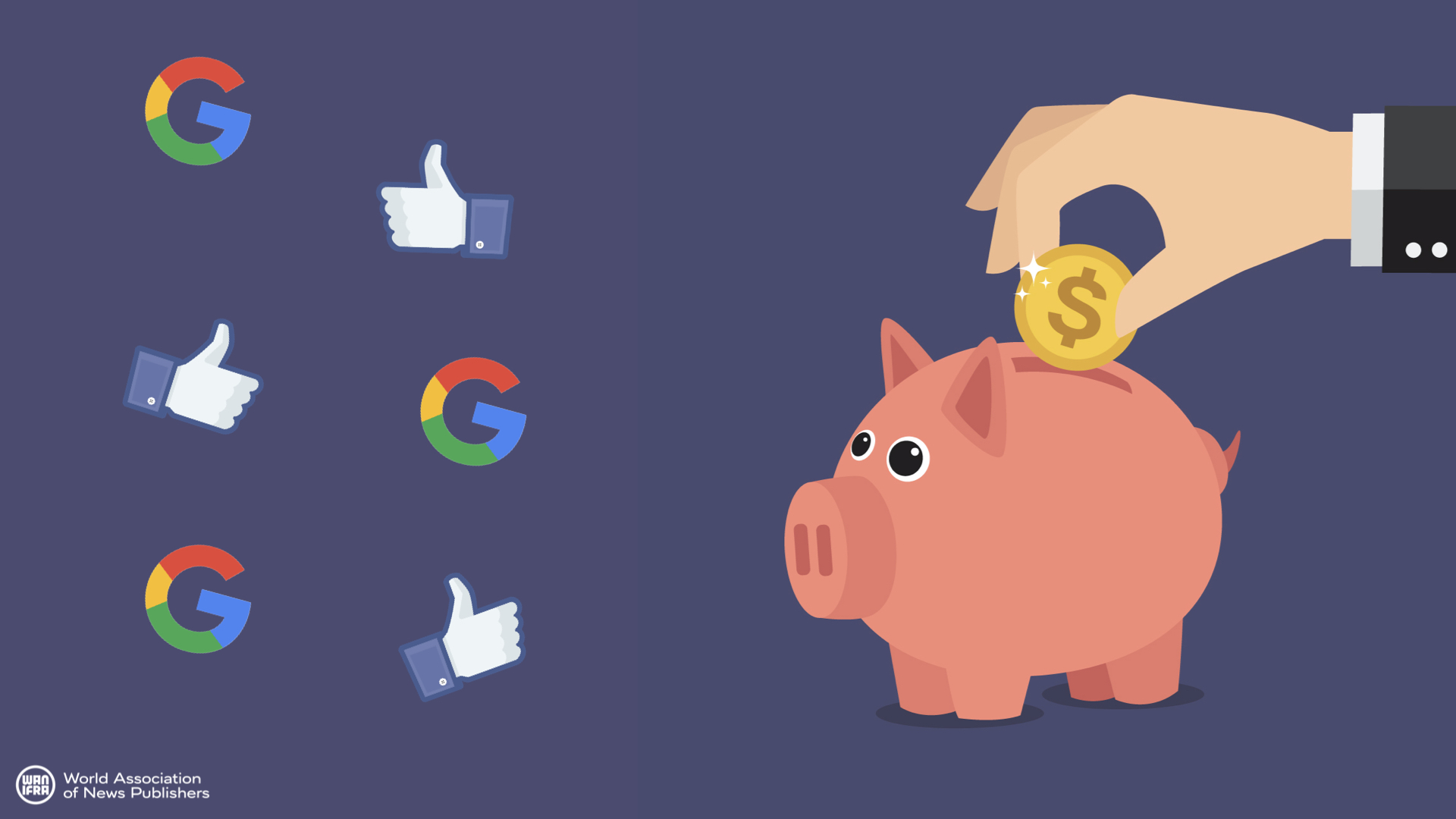 To say that the relationship between publishers and technology giants has intensified in the last few days, weeks or months is putting it lightly.

Regardless of the way forward, the trends, developments and products pouring out of Silicon Valley should have publishers’ undivided attention, says Edward Roussel, Innovation Officer at Dow Jones and Wall Street Journal, USA.

The five largest technology companies in the US — Facebook, Google, Microsoft, Apple and Amazon — currently hold a combined market value of $7.5 trillion. So, how do publishers ignore that product development might, questioned Roussel, who was speaking at WAN-IFRA’s virtual Digital Media India Conference 2021.

These companies are experimenting and rolling out new products right in the sweet spot of the news business. And depending on who you ask, they are in support of the industry or (unfairly) to the demise of it (hence the ongoing debate). Either way, some of these developments are moving the needle toward audience engagement, community and more.

Dare to disturb the news universe?

So, just in case you missed it, here is a recap of the last two weeks where Australia passed the News Media and Digital Platforms Mandatory Bargaining Code, that could push Facebook and Google to pay publishers, if they host their content. This code encourages tech giants and media companies to bargain payment deals, obligating Facebook and Google to invest tens of millions of dollars in local digital content.

“News is one of the ways these tech companies can get their consumers to get back and use their products on a daily basis,” said Roussel. “Therefore, it is imperative for them to have news credibility.”

“This is both a blessing and a curse for the media industry. It’s a blessing because if some of the largest global companies are entering news, it tells you something about its importance as an economic currency. It’s a curse because these companies could become very significant players in the media industry in the short, medium, and long term,” Roussel said.

Brevity: As news consumption on mobile grows exponentially, each visit is for a relatively short period of time. According to Pew research, consumers now spend an average of 2.5 minutes per visit, a 10 percent decline since 2015.

How must publishers, then, create a wholesome news experience in less than 3 minutes, while serving bite-sized content? Roussel presents data where Snapchat, on an average, estimates that they get a mere 2 seconds to grab a user’s attention with headlines and images, and another 80 seconds for consumers browsing the ‘Discover’ tab. Likewise, according to Facebook, an average reader spends just 1 minute on a story.

“We have learned, over the last 25 years, that the internet relentlessly drives productivity,” said Roussel. “There is an incredible amount of pressure to condense the amount of time we spend doing actions. Social media has invested greatly in adding heuristics or mental shortcuts such as arrows, hashtags and buttons to grab user attention.”

Interestingly, time spent is one of the best metrics publishers use today to track loyalty, particularly among subscribers. So how do you create engaging, short content also to attract younger audiences who will pay?

Community is one way: The value of content is shifting from content to the interaction with content, with people increasingly paying for interaction with news. Companies such as Clubhouse (attracting powerful people such as Elon Musk and Mark Zuckerberg), OnlyFans (generating $2 billion a year in revenue), Patreon ($1 billion), Cameo ($100 million) and Substack ($25 million) exploded during the pandemic.

What do these services have in common and what are they telling us about the evolution of community? Roussel points out three things:

Exponential growth in audio: Publishers have begun to face the challenge of keeping consumers engaged without the written word, and people’s seemingly insatiability with audio / podcasts has caused a ripple effect on the content side.

With intense competition between Amazon, Apple and Spotify to capture the audio space and recruit top podcasters, here are a few stats:

Visual: In the era of Instagram, media has become increasingly visual. Roussel points out three categories:

Personalisation: Hyperlocal journalism is making a comeback from applications that have embraced geolocation software, with Artificial Intelligence improving the quality of personalised content. The US is seeing an explosion in hyperlocal news apps, with Citizen, Nextdoor and News Break ranking among the top 10 most used news apps, including social media.