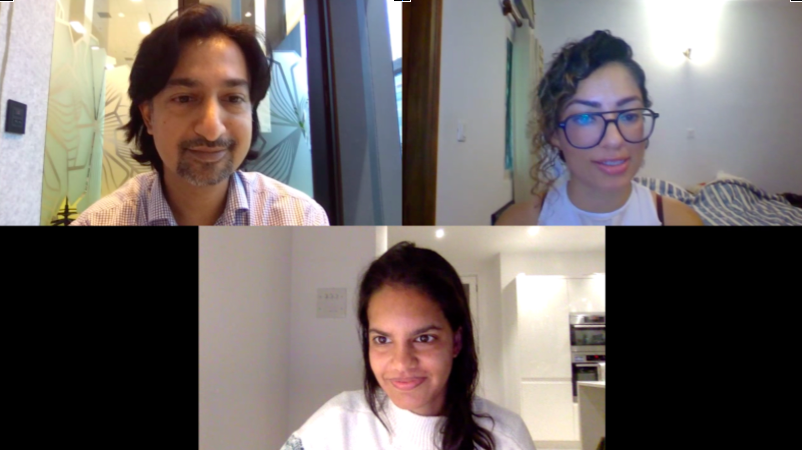 In 2020, India’s The Hindu and Cambodia’s Southeast Asia Globe conducted an experiment, where they introduced a pop-up on their websites that showed their newsletter offerings to new users. The simple tweak led to 52,000 new subscribers for The Hindu and 16,000 for the Globe.

During the four-month programme that began last October, these publishers worked with Google and FTI Consulting to strengthen their digital subscriptions capabilities and grow reader revenue.

At the Asian Media Leaders eSummit 2021, GNI Subscription Labs shared insights on the trends shaping Asia-Pacific news subscriptions and the results from the experiments conducted by its participating publishers to reach their subscription goals.

A key takeaway from the project was that “there is not one clear path to subscription success,” according to Data and Innovation Lead for GNI-APAC Sheena Bhalla.

“When you start thinking of the different dynamics working within your market and within your region, you have to consider a lot of moving trends in order to launch a successful subscription business,” she said. 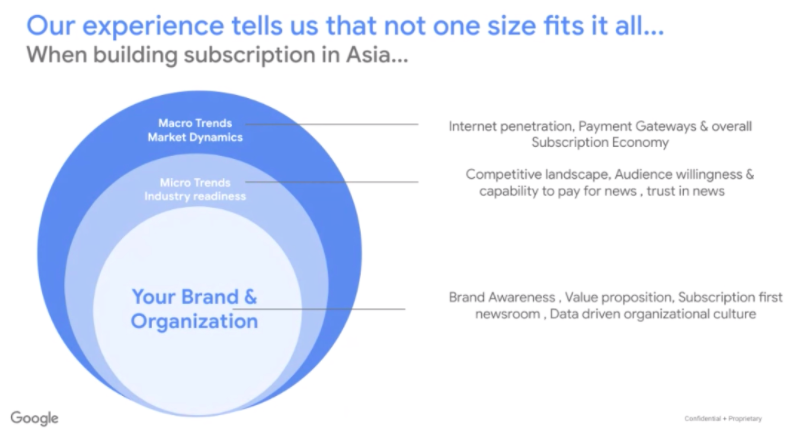 Bhalla added that publishers must evaluate macro and micro trends in their markets and regions, as well as their own brand and organisation. She said that those trends, which include internet penetration, availability of payment gateways, audience capability and willingness to pay for news, and reader awareness of publishers’ brand and value propositions, will influence strategies for growing reader revenue.

“It is really important to look at the smaller experiments and build subscription confidence before you take up fully,” Bhalla said.

Audience segmentation data, said Bhalla, was a key strategy for publishers to personalise offerings to their subscribers. However, “most partners were not tracking user data correctly either within their analytics platform or within their paywall,” said Bhalla.

“Audience segmentation is only possible if you’re sending the right kind of reader actions and reader definitions within your code.”

“This kind of audience segmentation data is really important because it is a key tactic to developing personalised offerings for your subscription base and by offering tailored user experience, you are more likely to continue to improve on loyalty,” she said.

During the subscriptions lab, Bhalla worked with publishers to identify content preferences associated with engaged, semi-engaged and non-engaged readers.

These experiments helped partners understand how different types of users were engaging on their property and Increased their capabilities to measure and compare subscriber and non-subscriber behaviours.

Building a value proposition that resonates

A well-crafted value proposition can decide whether a reader converts into a subscriber or not, said Bhalla. BloombergQuint in India experimented with building a clear and concise message to communicate its value across various subscription and marketing assets.

Results from the four-month project showed that when BloombergQuint made its value proposition clearer on its website, digital subscription revenue increased 2% quarter-on-quarter, signups increased 50 percent, and there was more adoption of the 12-month plan, said Bhalla.

Newsletters are key to acquiring users, building an e-mail user database for targeted marketing campaigns, and retaining subscribers. The Hindu’s and the Globe’s experiments showed that small tweaks could lead to big returns in increasing reader engagement.

Churn, which is defined as the rate at which users end their subscriptions, is very high in Asia Pacific, said Bhalla. She added that the global benchmark averages 3% to 5% but in the Asia-Pacific, the churn averages 6.5%, and as high as 15% across participating publishers.

After identifying non-recurring payment methods as a common reason for churn, Indonesia’s Kompass.id, which is in a market without high credit card payment, experimented with using pricing to incentivise longer subscription terms. By increasing its term plan, it saw almost 45% of new subscribers on long-term plans, said Bhalla.

Many experiments can be done but they must align with business objectives, said Uma Patel, senior consultant at FT Strategies, which collaborated on the European GNI Subscriptions Lab.

She presented a four-stage approach to designing experiments, namely: 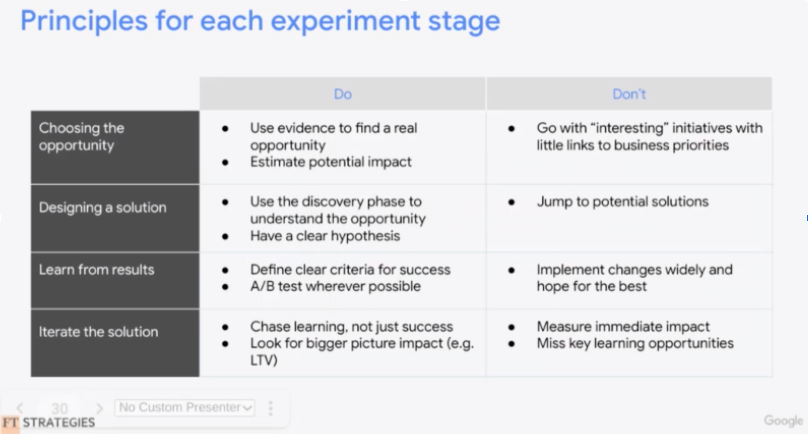 Patel advised publishers to use evidence to find out what actually could be done, as well as “really talking to people and figuring out what is the opportunity, what do your customers want, what readers really want from you, and how to develop a solution according to that.”

“You’re not going to get it completely right or completely wrong the first time. Every single experiment can be learnt on and iterated upon to bring in more people to that subscription base,” said Patel.

Edited by Arulnathan John: Arulnathan John has had a journalism career spanning more than 20 years, and has covered a variety of news genres for media agencies in Singapore.