Section 230 is the only rule surviving from the “Communications Decency Act” of 1996, it shields platforms (and publishers) from legal responsibility for the content users post on their websites, it also applies to news media’s moderation of comments and is dubbed “the twenty-six words that created the Internet.”

It all started with the Wolf of Wall Street. 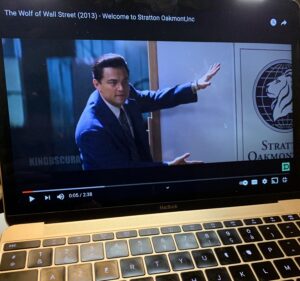 After Jordan Belfort, founder of brokerage firm Stratton Oakmont – portrayed by Leonardo Di Caprio in the movie – was convicted of securities fraud, an anonymous user wrote on internet service provider Prodigy’s online message board that Stratton Oakmont had engaged in criminal and fraudulent acts. Stratton Oakmont sued Prodigy Services for defamation. The New York Supreme Court ruled in 1994 that Prodigy had exercised editorial control by moderating some posts and establishing guidelines for impermissible content; that Prodigy was, thus, “a publisher” of the defamatory material and therefore liable for the postings. The decision in Stratton was overruled in federal legislation when Congress passed Section 230 of the Communications Decency Act in 1996. As a result, websites can now moderate content — set their own rules for what is and what is not allowed — without being held legally responsible for the content posted by visitors.

The Trump administration defined it as the “gold standard” for the digital economy, inserted its wording into the United States-Mexico-Canada trade agreement, and proposed to do the same in deals with Japan, the European Union, Britain and other members of the World Trade Organization. Things changed towards the end of 2020, when Trump started demanding the repeal of 230 in retaliation to social media increasingly labeling his claims of electoral fraud as misinformation.

The law’s advocates argue that 230 protects the free exchange of information. The argument is that the liability shield incentivises websites to host user-generated speech, including controversial views. This way all speech gets to be published in mainstream platforms and reach more people, rather than being relegated to the potentially obscure blog of their author. Should 230 be repealed, websites would have an increased interest in preemptive censorship of potentially illegal content.

WAN-IFRA member News Media Alliance, the American association of News Media, sent in December 2020 a recommendation to the Biden-Harris team to “work with Congress on a comprehensive revision” of Section 230. NMA President and CEO David Chavern explained in detail the news media perspective in a recent podcast.

According to Chavern, freedom of expression is actually not the point when it comes to reform section 230. Free speech is what users do online; when reforming 230 the focus needs instead to shift from users to Big Tech, he said. The service that allows platforms to make money is not the free expression of ideas, it is ultimately distribution: the capability to decide, through algorithms, what people see, when, and how often. Chavern said  that is the activity that needs to have liabilities attached, because platforms not only decide to keep content up or take it down, but also moderate it, use it to amplify content that creates engagement, therefore clicks, therefore money. This behaviour is what is protected, and ultimately rewarded, by section 230, he said. Shielding platforms from liabilities enables “a marketplace that ends up valuing engagement to the detriment of all other vectors, including quality.”Chavern said “This is where news publishers get hurt,” because it is difficult to win the readers’ attention with quality content aimed at informing, when you are competing with often “infuriating” content, in a space, the internet, where you do not control the distribution.

Another common defense of 230 cites the consequences on competition: only the largest companies could survive the cost of potential lawsuits, forcing small intermediaries to “shut down, or stop hosting user-generated content altogether.” One rebuke to this point of view is that the threat of liability would likely incentivise dominant platforms to more seriously tackle misinformation and online harassment, issues that the Committee to Protect Journalists has found can have safety implications for the press. Another point, the News Media Alliance makes, is that most industries are  subject to liability for their products and  services”, and that “the news industry has managed to thrive for 300 years without liability protections like those in Section 230”.

It should be noted that critics of 230 tend now to not call for the simple repeal of the law, but rather its revision, often passing through algorithmic transparency, more numerous exceptions, and carve outs for small companies. For more insight about the proposals so far, see this recent categorization by The New York Times, and this analysis by Slate.

Australia’s code: who won in the end?