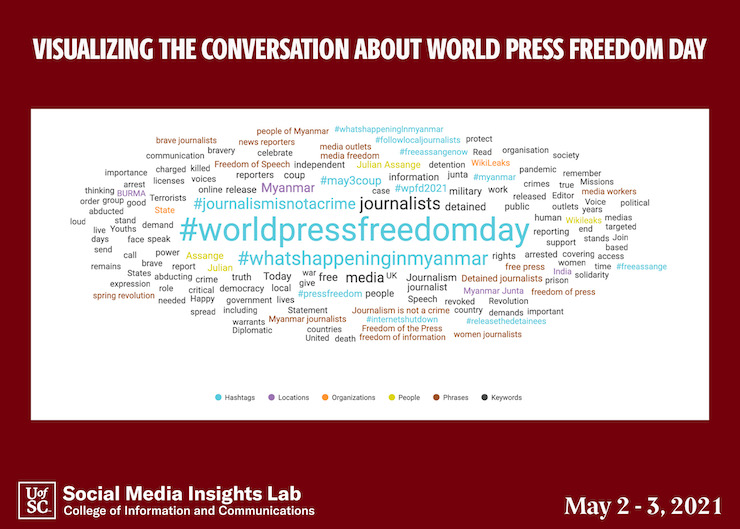 An analysis of social media conversations on World Press Freedom Day showed United Nations Secretary-General António Guterres was the biggest influencer, with his call to governments to support a free, independent and diverse media seen by over 3 million people.

Among news brands, The Washington Post, Forbes and AP had most impact on social media.

The Social Media Insights Lab at the University of South Carolina, US, studied the global conversation, where much attention focused on Myanmar and detained journalists. World Press Freedom Day was mentioned more than 350,000 times on social media.

“Myanmar has always been a difficult place to seek the truth,” said Randy Covington, director of special projects for the university’s College of Information and Communications. “We need the eyes of the world on Myanmar to protect these brave journalists, which is why World Press Freedom Day is so important.”

Kait Park, Insights Lab manager said: “We saw thousands of mentions coming from the United States, Myanmar, the United Kingdom, India, Singapore and elsewhere.” The Insights Lab used powerful Brandwatch Consumer Research software to analyze the comments. It found significant support for the importance of accurate, reliable information as well as concern for those journalists in countries that suppress media freedom. 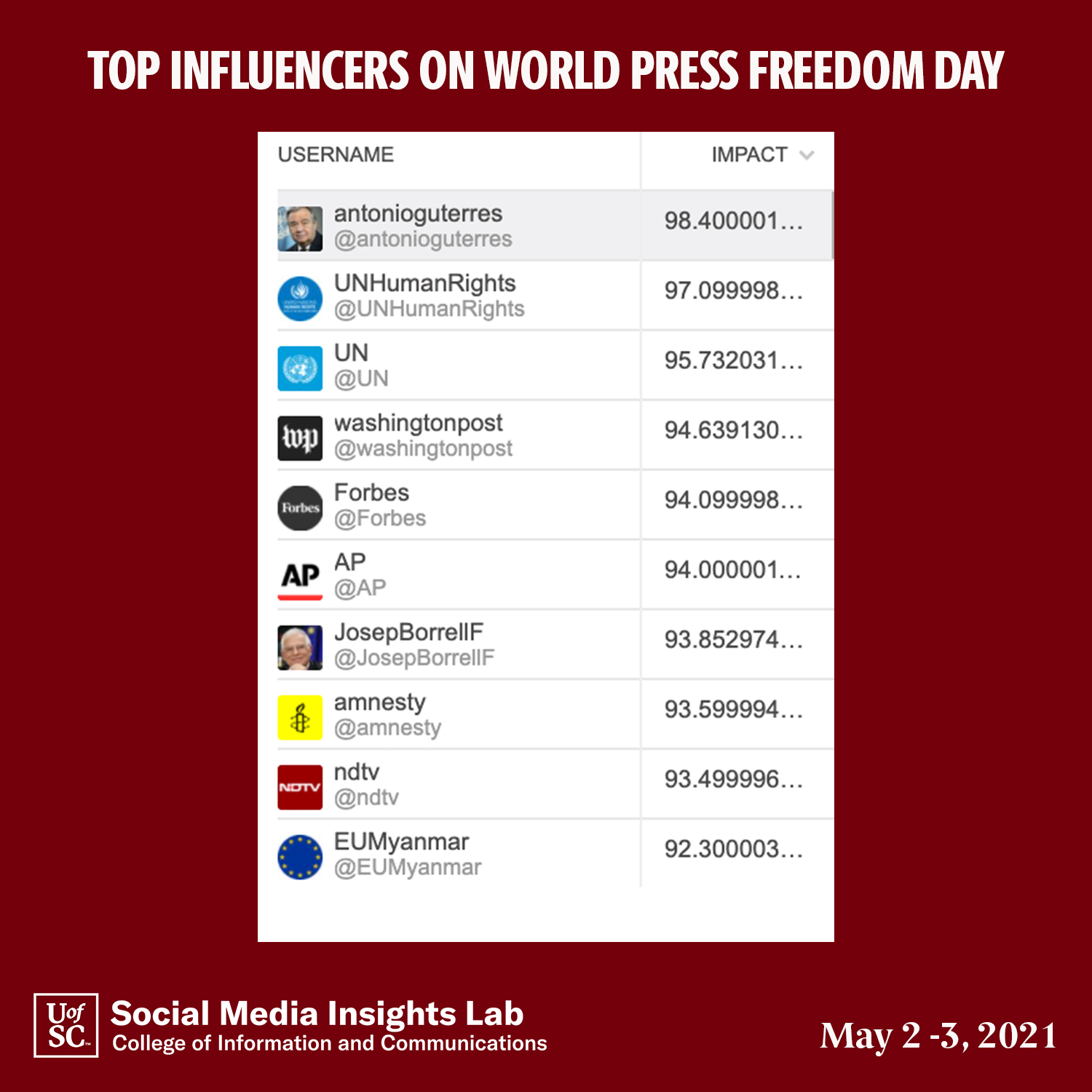