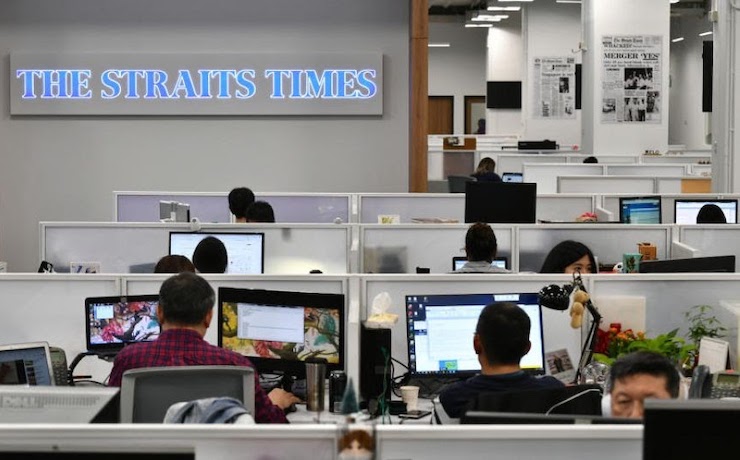 Media sustainability and getting the business model that works for us has been on our minds for a while.

I first came across this not-for-profit approach after talking to editors from Nikkei, a private media house in Japan, which is run as a sort of media trust.

I also met Dame Frances Cairncross, who has studied this issue and spoke at the WAN-IFRA conference in 2018, as well as the team from the Lenfest Institute, which is a foundation for the Philadelphia Inquirer.

We started debating internally such a model some time ago. Covid-19 gave our efforts a push, with plunging ad revenues despite surging audiences accelerating the whole process.

My colleagues and I came to the conclusion that relentless shareholder pressure was weakening our newsrooms, with endless demands for more costs and headcount cuts.
It was just not sustainable.

How to get from being a listed company to a private trust foundation was the tricky part, and it took us a while to work out the process of restructuring that has just been announced, not least since many stakeholders were involved

I believe just about everyone in our newsrooms now hopes this will get shareholders’ approval, and I think there will be celebrations if we do.

In the restructuring process, one difficult issue we grappled with was whether we should take some public funding, and we had many debates over this, for obvious reasons.

In the end, we decided to do so, mainly because we will need significant investments if we are to get our creaking tech up to speed for this new age.

There are several public funds available here for businesses to tap for digital transformation, as well as capacity building.

These are open to all private companies and organisations, but not publicly listed ones, as part of a national digitalisation drive, in anticipation of 5G technology (our newsrooms have to get ready for that).

We decided if we are a private company limited by guarantee (a trust or foundation), we will be able to tap such funding, as well as funds from the public, private and philanthropic sectors. This will add to the array of funding we will have, from ads to subscriptions, events and so on, and a diversity of revenue sources will remain critical to safeguard our newsroom.

In addition, as Singapore is a multi-ethnic country, we have in our group several titles in Malay, Chinese and Indian languages, which we run as separate newsrooms to serve the needs of these disparate communities. We plan to seek some public service funding for these operations, which as you well know, are costly to sustain, and could not continue on a commercial basis (given they are relatively small but nonetheless important markets).

We simply could not contemplate the day when these communities were not served. It would change the face of Singapore and do much harm to our young country. I do believe this will have wide support from these ethnic communities (just as some countries, from France to Canada, have funding for radio and broadcasters for minority communities, and also support their newspapers and media organisations through tax and other financial measures).

We are putting together a mission statement/charter and board to safeguard the independence of our newsrooms, to assure ourselves, our staff and our audiences, that we will continue to strive to serve them with credible, independent news that they find meaningful and valuable. We also intend to keep the paywall and grow subscriptions, which will be the ultimate test of whether we do or not.

So, all in all, we think this is a good outcome and offers us the best path to the future.

I feel much more sanguine now that The Straits Times, which turns 176 this year, can set its sights of being around to mark its 180 anniversary in 2025, and hopefully its 200th in 2045.