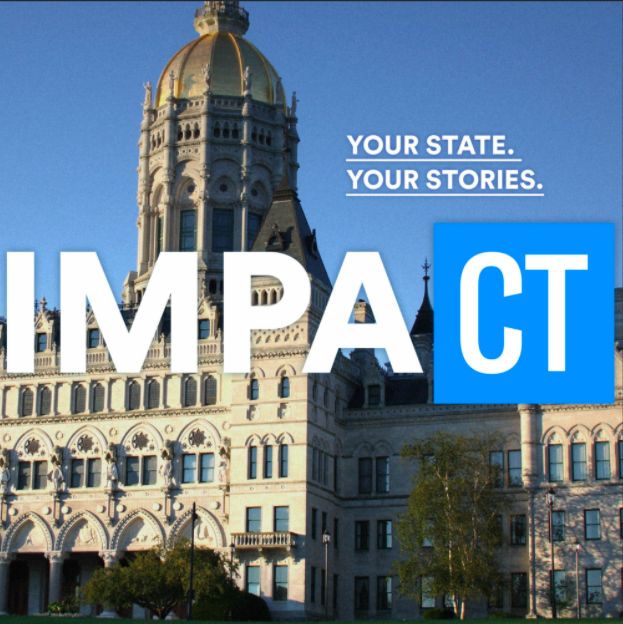 “We feel very, very fortunate, frankly, that we’re part of Hearst,” says Mike DeLuca, Group Publisher and President of Hearst Connecticut (HCMG), noting that the company has come through the pandemic without furloughs or layoffs.

“Where many businesses right now in our industry are tightening their belts and trying to do everything they can to stay afloat, we’re investing,” he says. “And that’s a very positive thing for our employees, but most importantly for our readers.”

HCMG has also seen more than 1,000 percent growth in its digital subscriptions since it launched a number of freemium websites in September 2019. Print subscriptions have also increased by 18 percent during the same time period.

“The other really important thing is that they’re staying with us,” she adds. “That reader loyalty is, for me, the ultimate testimonial to the content that the newsrooms are doing, and for that I’m extremely proud of what the teams have managed to do, especially in a pandemic year when they are working from their kitchen tables.”

Metcalfe says CTInsider.com expands the coverage and the audience of the approximately 160 newsroom staff they have working throughout the state and also benefits from their existing readership base.

“Our readers and the feedback that we were getting from them, not just in terms of the audience data and what that was telling us, but getting a sense of what interests our audience, really helped guide the decision and knowing that the statewide audience would be there,” she says.

CTInsider.com provides a mix of original content and articles selected from across HCMG’s sites, offering hard news, features, sports and opinion columns. The articles are chosen by a central editorial team working with editors from each site who also suggest content.

A further related expansion that launched at the same time is CTInsider.com/shoreline.

“This is an expansion into local markets with a strong focus on local journalism while also offering the best of what we do across the state,” Metcalfe says, adding that it involved hiring additional reporters to cover more than 20 areas.

As the CTInsider.com team expands, both through new hires as well as journalists who are coming on board from within the group, as well as from other publications such as The Hartford Courant, The Wall Street Journal, The Boston Globe and others, more content created specifically for the site is also being produced.

Metcalfe says that while it’s still quite early, the initial response from readers has been positive, and that the HCMG journalists are “very jazzed about their opportunity to spread their content across the state.”

Founded in 1887, Hearst Communications, HCMG’s parent company, owns newspapers, magazines, websites, as well as television and radio stations. Hearst’s dozens of newspapers are spread across America, including Connecticut and New York in the northeast; Illinois, Michigan and Texas in the middle and south; and California and Washington in the west. But it’s in Connecticut (abbreviated as CT) where the company has an especially strong concentration of newsroom staff and publications, with 22 newspapers (eight dailies and 14 weeklies) and 24 websites, two magazines and an app. In this context, a statewide platform seems a natural extension.

“We are already producing a lot of local content,” Metcalfe says. “For example, our investigations team might produce an investigation that’s relevant no matter where you live in Connecticut. We’ll be leaning into that and sharing that with an audience where we do not have a print publication. So it’s accessing new audiences with some of the journalism that we already produce, as well as layering in new content and making some of the content streams we have already more robust.”

An example of that is HCMG’s University of Connecticut sports coverage. Known as UConn, the university has more than 30,000 students and both their women’s and men’s basketball teams have won numerous national championships. The women’s team is the most successful in the country and has won a record 11 national titles, including four in a row. The men’s team has won four national titles since 1999. Both have large followings.

“We’ve added another writer or two to that coverage, and we’re also adding a newsletter so you can experience the content from another platform as well,” Metcalfe says.

“One of the key positions with the expansion was a newsletter editor to come into our existing digital team to really look at how to take newsletters to the next level,” she adds.

For the first week, stories on CTInsider.com were freely available, but it is now using a freemium model, the same as HCMG’s other websites.

Ultimately, though, she says, CTInsider.com is about bringing the company’s local journalism to more of the state’s residents.

“We recognise that we are in a fortunate position to be able to double-down on our journalism, and we believe really deeply in the importance of what journalism can do to empower communities,” Metcalfe says. “We saw this as an opportunity to spread that across Connecticut. This runs deep in our veins.”

While Connecticut is quite a compact state, and Hearst has very good overall coverage, there are naturally some places where they don’t have reporters. But Metcalfe says that’s the opportunity with CTInsider.com.

“I think now more than ever we need to make sure that there are no local news deserts that we’ve often read about,” she says.

“For example, if you come to CTInsider.com now and you’re in a new area for us in Connecticut, then you’re still going to see very relevant content.” 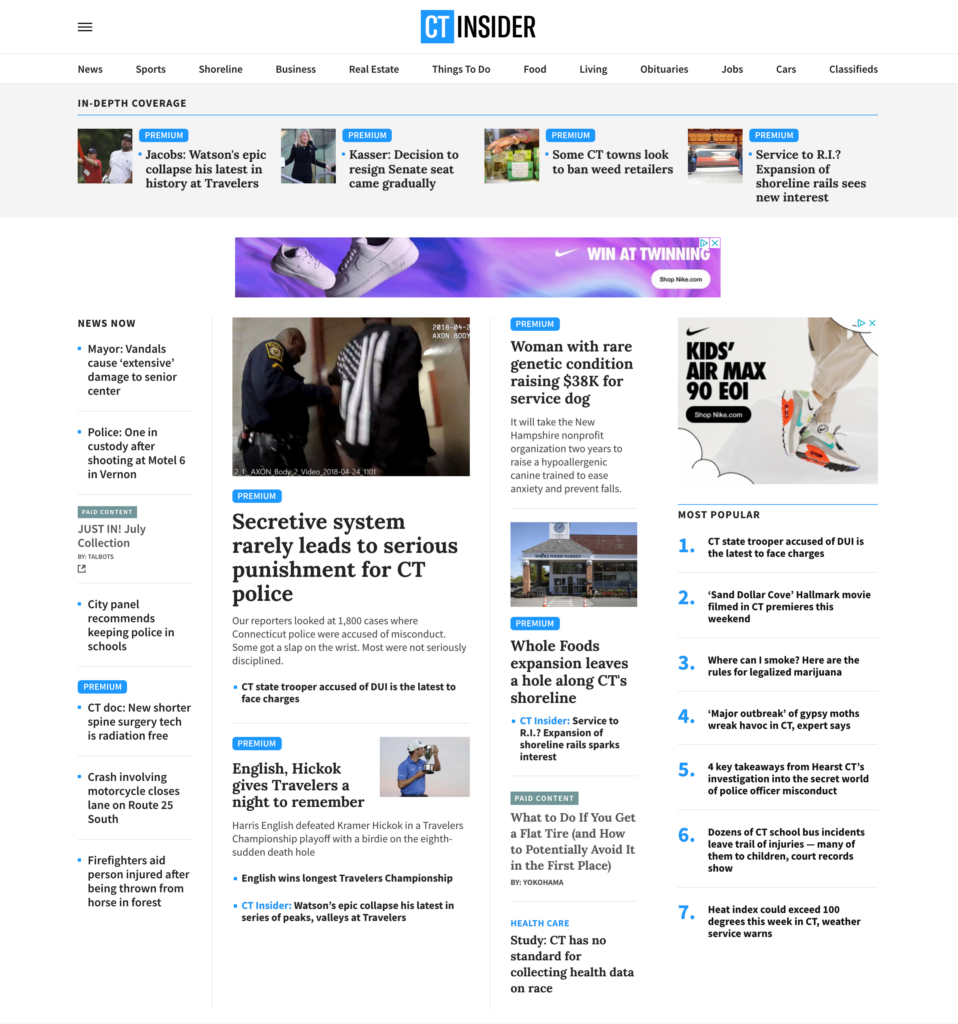 She offers an example of a major investigation about police misconduct HCMG published during the same week they launched CTInsider.com.

Led by an editor Hearst had recruited from The Boston Globe’s famed Spotlight team, the investigation looked at police forces in various parts of Connecticut as well as “through dozens and dozens of court documents across the state, so it was relevant to the audience no matter where they were sitting because this is a Connecticut issue,” Metcalfe says.

The same is true for areas like real estate data, she notes.

“We’re getting data sets for every single town across the state. So I think there’s a lot of opportunity for great journalism in that space, and as a result it just attracts a lot of people because it’s so broad,” she says.