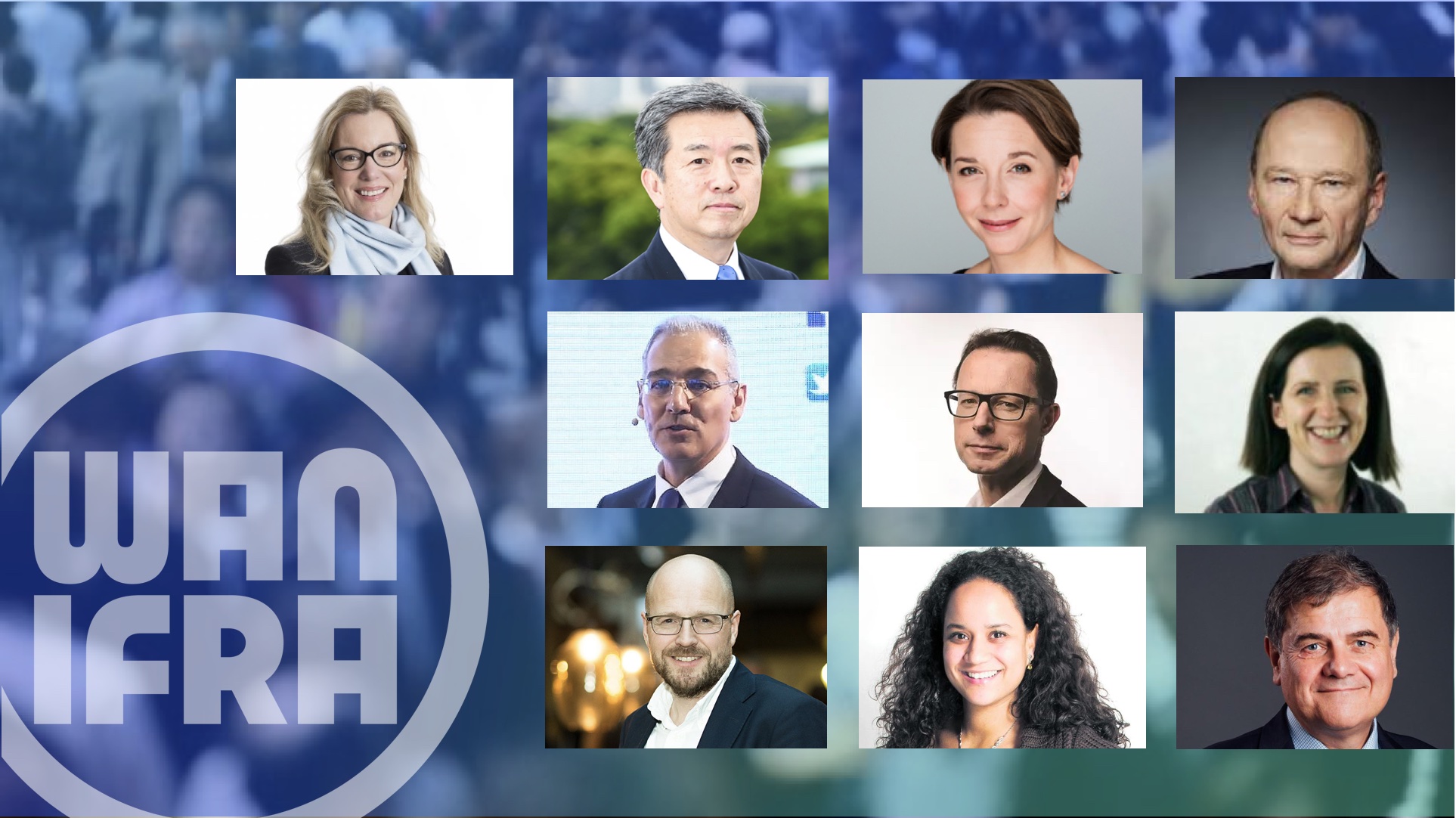 On June 23, four media executives were elected to the WAN-IFRA Supervisory Board: Max Garrido, Managing Director of Corporacion Bermont in Spain who Chairs WAN-IFRA’s World Printers Forum; Masahiro Maruyama, President and CEO of The Mainichi Newspapers Group Holdings Co. and President of NSK (Nihon Shinbun Kyokai), the Japan Newspaper Publishers & Editors Association; Pål Nedregotten, Executive Vice President of Amedia in Norway and Chairman of the Board of MBL, the Norwegian Media Business Association; and Victoria Svanberg, Acting President of NWT Gruppen AB in Sweden. Upcoming elections for the Supervisory Board will take place at the World News Media Congress in Taipei, December 2021.

Victoria Svanberg appointed Chair of the WAN-IFRA Media Freedom Board

Victoria Svanberg will also serve as the new Chair of WAN-IFRA’s Media Freedom Board. This board oversees the strategy of the WAN-IFRA Media Freedom division, including providing approval and maintaining oversight on WAN-IFRA media development activities. Thanks to the support of its members and donors, WAN-IFRA provides advocacy and capacity building initiatives such as skills development training, coaching, mentoring, networking and peer-to-peer support activities to media professionals in 21 countries.

Between January and June 2021, more than 1,000 journalists and media professionals in Africa, Asia, Eurasia, Central America and the MENA region took part in training on safety, digital transformation, business stability, gender balance, and sexual harassment. In 2021, these programmes are funded to the extent of 3 million euros thanks to the support of Sida (the Swedish International Development Cooperation Agency), the Norwegian Ministry of Foreign Affairs, the Danish Ministry of Foreign Affairs, IREX, and the essential contribution of WAN-IFRA’s global network of members.

The World Editors Forum, operating within WAN-IFRA, has been connecting editors worldwide for the past 27 years. It is focused on the future of quality journalism, newsroom transformation and defending and protecting press freedom. President Warren Fernandez, who has just been re-elected for a two-year period, has led the World Editors Forum’s programme to advance Science in the Newsroom and its global campaign around World News Day, to highlight the value of journalism and professional newsrooms. In 2021, World News Day, organised in partnership with the Canadian Journalism Foundation, will take place on September 28. The Science in the Newsroom programme will hone in on the challenge of climate change reporting, culminating in a Global eSummit in early 2022.

The General Assembly of members also approved the WAN-IFRA financial report for the year 2020. WAN-IFRA ended the year with a positive result of nearly 60,000 euros from global revenue of 7.14 million euros. The pivot to online events attended by more than 8,000 individuals helped to weather the severe impact of Covid in 2020. The launch of several successful externally-funded coaching programmes to support news media companies as they transition to an audience-centric, digital-first business model also contributed to the positive result. In the first half of 2021, more than 4,200 unique individual media professionals already took part in WAN-IFRA programmes. WAN-IFRA has announced more than seventy-five new member companies in 2020-2021 due to an acceleration of activities.