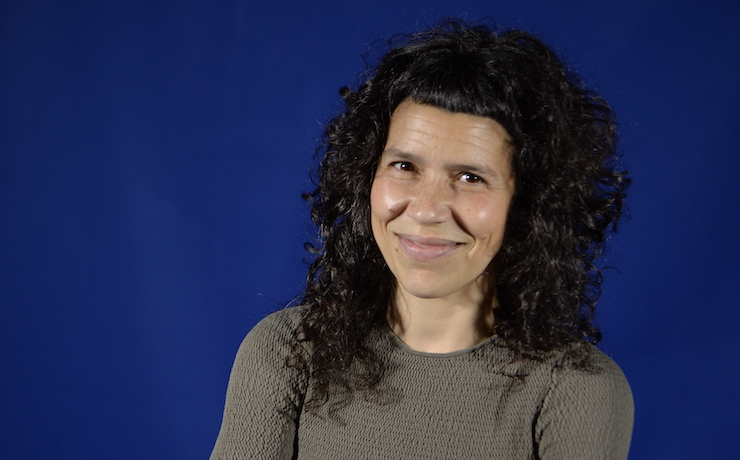 In February 2020, Spanish newspaper group Vocento, which owns one national newspaper and 11 regional titles, launched a new section focused on lifestyle and health content called Vivir, which they describe as “a meeting point about improving the day-to-day life of readers through the issues that impact, excite, fear and thrill them”.

The team in charge of the section is made up of seven people with five based in the newsroom of newspaper El Correo in Bilbao and two in the group’s central newsroom in Madrid. In February 2020, Vivir recorded close to 500,000 page views, but in the following months traffic dropped to some 167,000 page views.

When Vivir was first launched, the workflow was more print-centred with an organisation based on the needs of their weekly print edition. (Image credit: Vocento)

“The problem was that Vivir was hit hard by the effects of the pandemic,” said Óscar Beltrán de Otálora, Vocento’s Director of Editorial Development.

“We had a small peak in the summer of 2020 but after that the numbers went back down. That’s when we began applying some of the advice we got from the Table Stakes Europe programme.”

Vocento is among the nearly two dozen news publishers in the current edition of Table Stakes Europe, a programme conceived primarily for local and regional news organisations to help drive digital revenue growth by re-focusing on audiences. Now in its second year in Europe, it is a collaboration of WAN-IFRA and Table Stakes architect Doug Smith in partnership with the Google News Initiative Digital Growth Programme.

WAN-IFRA caught up with Beltrán de Otálora and Yolanda Veiga, Editor of Vivir, to hear more about how they executed the section’s digital transformation process.

WAN-IFRA: What were some of the changes you implemented at Vivir?

Beltrán de Otálora: One of Table Stakes’ key points that I find very interesting is the question of what to stop doing. There weren’t many things we could stop doing because the Vivir content appears both in print and online. But what we were able to do was to stop focusing so strongly on print, and instead make digital a priority. That’s when we organised training meetings for all the people working in the section, we taught them how to use the CMS, and how to become more involved in digital and more digitally savvy in their daily work.

The updated digital-first and audience-focused workflow at Vivir gave momentum to the section, with the speed of results even surprising the editors. (Image credit: Vocento)

That’s when we started to get really good results. The latest study we did with the Head of Data Analysis at El Correo showed that we have tripled our audience and reached one million page views. It is working wonderfully for us and we are very proud of it. I think it is an absolute success story for us.

How does the Vivir content factor into your subscription strategy?

Beltrán de Otálora: When we launched the Vivir section, not all newspapers had a paywall. So our first goal was to recover lost traffic and to achieve continuous growth. Now, we are in the process of preparing a subscription strategy because all of the group’s newspapers now have a paywall. But we need to keep in mind that, even if the product is the same, we have different newspapers with different user behaviours. Readers in the Basque Country are not the same as readers in Malaga, for example.

What other plans do you have for the Vivir section?

Veiga: We don’t want to lose the momentum of increasing page views, and we want to create something new. Although we are now prioritising digital, there is still a lot of room for improvement. We can do things that are much more original. Starting in September, I think we have to create more impactful web content. Especially if the content is going to be behind the paywall it needs to be a little more spectacular than it is now.

Can what you have learned and done with Vivir serve as a blueprint for other sections in the newspapers?

Beltrán de Otálora: I strongly believe that. We can implement something similar in sections that are more print-focused at the moment. We have a section called La Butaca, which focuses on cinema and television, where we could apply this method. I think that the work that Yolanda has done is an example that shows how to take a section that was very low in terms of numbers, triple those numbers, and turn it into a leading section.

What were some of the main challenges when trying to establish a more audience-focused and digital mindset?

Veiga: Out of the seven people on the team, two of us (myself and another colleague) had previously worked on the website of El Correo, so we were more aware of the need for digital transformation. I’d say the challenge was to make the whole team understand that the future lies in digital. Print is very important to us and we take great care of it but we need to view digital as equally important. Achieving this change in mentality has been a challenge.

Which parts of the TSE methodology did you apply to this project?

Beltrán de Otálora: For me, training is key, and data transparency is a must. You can’t achieve digital transformation if people don’t have all the information to understand what is going on. Celebrating small victories is also important. What we’re also keeping in mind is that this section shows what transformation looks like and that this idea can be applied to all of the group’s newspapers.

What has the TSE programme brought to you personally?

Veiga: Seeing that by applying certain changes you can double the number of visits in a matter of months was very satisfactory. But it also proved to me that it is doable. I believe it because I have seen it. When we talk about digital, it always seems less tangible. There seems to be a lot of theory but little practice.

Beltrán de Otálora: I absolutely agree. When you see tangible results it encourages you to keep working harder. The programme allows you to reflect on your work, how you do it, why you make certain decisions. In the newsroom you are normally so caught up in day-to-day tasks you don’t have the time or the motivation to pause and think, and you realise the importance of reflecting on what you’re doing.

Although we haven’t had big debates, the small conversations we’ve had have been very inspiring. Table Stakes allows you to take short breaks to analyse all of your work and that’s always a good thing.