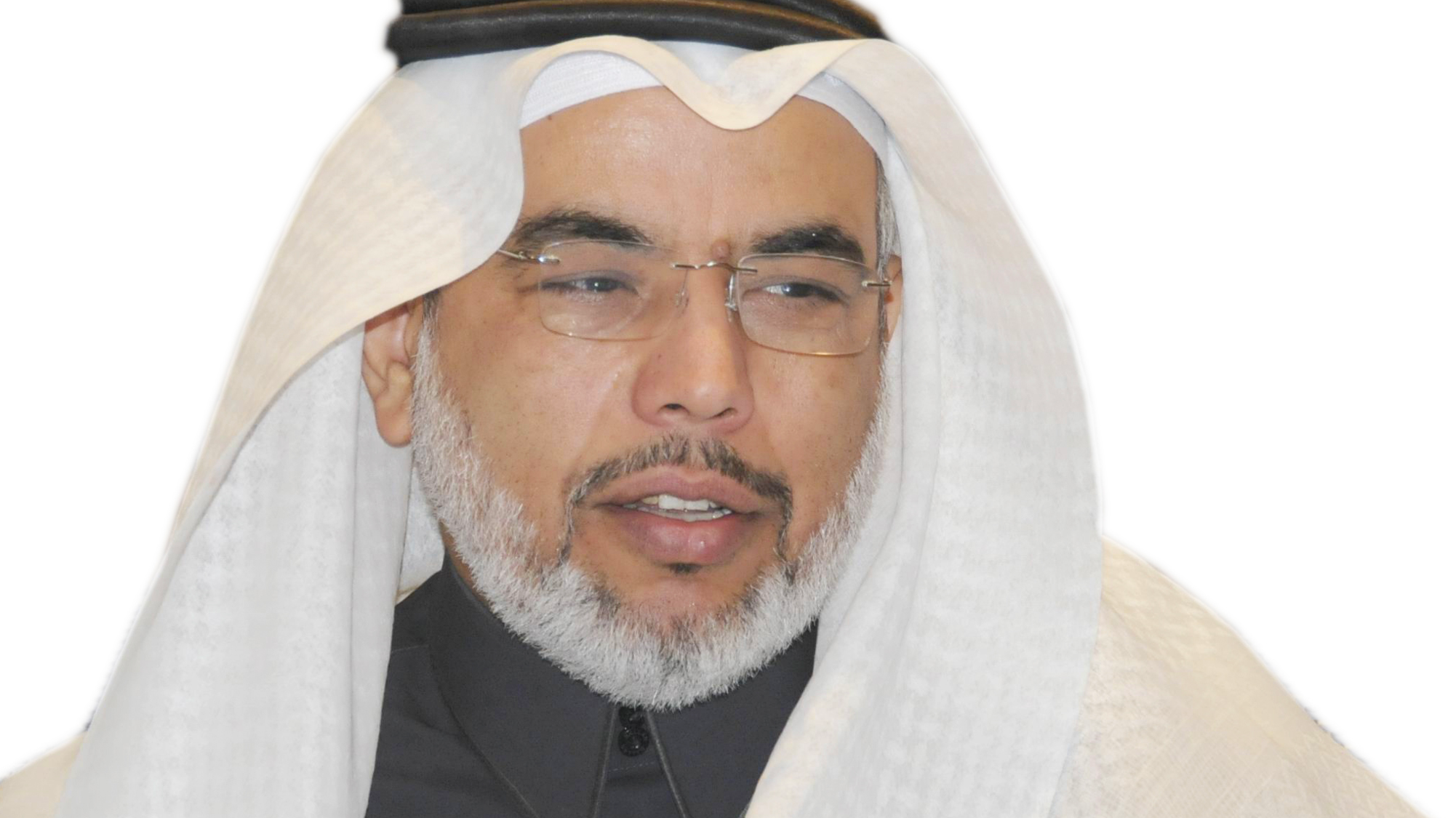 A life of giving

Saleh Al-Humaidan was a representative of Saudi Private Sector in the International Labor Organizations, President of the manpower committee of the chamber of commerce & Industry of the Eastern Province in the Kingdom of Saudi Arabia.

He was a Member of the board of HRH Prince Mohammad Bin Fahad Award for Excellence Performance.

WAN-IFRA mourns the untimely passing of WAN-IFRA’s Board member and chairman of the Middle East committee, Dr. Saleh Al-Humaidan. Saleh was instrumental in establishing WAN-IFRA’s presence in the Middle East. He was an outstanding example of personal commitment and dedication to the media industry. Our thoughts and prayers are with his family. Fernando de Yarza López-Madrazo, President of Henneo, President of WAN-IFRA, Zaragoza, Spain

“WAN-IFRA is deeply saddened by the death of Dr. Saleh Al-Humaidan. Saleh has been on our WAN-IFRA Board for more than 13 years. He was a visionary thinker with high ethical standards. He was passionate about the future of our media industry. An outstanding supporter of WAN-IFRA, we would not have achieved what we did in the region without his thought leadership role at the Middle East Regional Committee. Our thoughts and prayers are with his family.” Vincent Peyrègne, CEO, WAN-IFRA, Paris, France

“I was deeply saddened to learn of the demise of Saleh Al-Humaidan. Middle East has lost a visionary media leader who has worked tirelessly to develop a vibrant news media industry in the region. WAN-IFRA is greatly indebted to him for his active role in establishing and chairing the Middle East Committee. We treasured his advice and guidance on navigating the complex media environment in the region. We will miss him very much. My thoughts and prayers are with his family.” Thomas Jacob, COO, WAN-IFRA, Frankfurt, Germany

“I am deeply saddened by the death of Dr. Saleh Al-Humaidan and extend my heartfelt condolences to his family during this difficult time. May my prayers ease the pain of this loss. When I came to the Middle East region more than 15 years ago, Saleh became my mentor and advisor. He took me to Saudi at a time when most Europeans did not have the chance to do so. He was a strong believer of open and respectful dialogues. And we talked a lot! Through Saleh, I had the privilege to see and understand the region with his eyes, his values and his faith. He was a true supporter of WAN-IFRA’s values and always tried to bridge cultural differences with an open mind and open dialogue. I am grateful for the time, the experiences and memories that have shaped me and will always remain. Mechthild Schimpf, Director Middle East, WAN-IFRA, Frankfurt, Germany

“Saleh was a long term member of our WAN-IFRA Board and community. He was an active and highly respected person who sought the best for the region he came from, the Middle East. Saleh tried in a respectful and pragmatic way to implement the WAN-IFRA values throughout his sphere of influence. I had the privilege to serve with him in this matter.” Tomas Brunegard, Executive Chairman at EuroAcademy and former WAN-IFRA President, Gothenburg, Sweden

“With Saleh Al-Humaidan, the Middle East has lost an icon of the media industry and a fine, humble human being. Personally I will miss him very much. I offer my condolences to all his family and friends. May Saleh find his deserving place in heaven with his Creator.” Magdoom Mohamed, Managing Director WAN-IFRA South Asia, Chennai, India

“I am deeply saddened by Dr Saleh Al-Humaidan’s death and extend my deepest condolences to his family during this difficult time. For more than a decade we worked together with great effort and enthusiasm to establish WAN-IFRA’s regional presence and I will always look back on this time together with profound pride and fondness. He was an inspiration to me and many others. May God have mercy on his soul.” Mohammad Abdullah, President, Dubai Institute of Design and Innovation, Dubai, United Arab Emirates

“With the death of Dr. Saleh Al-Humaidan, Chairman of the WAN-IFRA Middle East Committee, media has lost a well-mannered, approachable man known for his high professionalism. He, may his soul rest in peace, has set an example in tolerance and good heartedness. May Allah rest his soul and grant his family strength and faith over this difficult period.” Ahmad Al Hammadi, CEO of Press Sector, DMI, Dubai, United Arab Emirates

“It is with a heavy heart that we mourn the untimely passing of WAN-IFRA’s Middle East chairman, Saleh Al-Humaidan. Our thoughts and prayers are with his family in this difficult time.” Lara Ayoub, UN Communications Specialist for Arab States, WAN IFRA Middle East board member, Amman, Jordan

“Dr. Saleh bin Ali Al-Humaidan contributed a lot to the development of the WAN-IFRA Middle East committee. The people who knew him will miss a highly intelligent, vibrant individual with a rare friendliness and charm of personality. Dr. Saleh was a genuinely warm and wonderful individual – one we will miss greatly. Our sorrow is lessened only slightly with the comforting thought that we had the privilege to know him.” Saghir Ahmed Khan, Chief Financial Officer, DUBAI. United Arab Emirates

“Saleh is a reflection of the true and caring human being, understanding all cultures and appreciating them yet recognising one’s own values. He stood for professionalism in everything he did. I shall miss him.” Mohamad Alayyan, Publisher & Chairman, United Jordan Press, Amman, Jordan

“I had the pleasure of working with Saleh on many International projects in Saudi Arabia and the Middle East. Saleh was truly a leader with a keen eye, interest and experience in international networks, co-operation and learning from best practices. His impact reaches far and wide in developing the Middle East media in numerous ways. His work and achievements live on.” Niko Ruokosuo, COO, Alamiya, Riyadh, Kingdom of Saudi-Arabia

“Our publishing industry has lost a very active person and great friend, who worked hard to develop the industry not only in KSA but also in the Middle East.” Saleh Aldowais, COO SRMG, Riyadh, Kingdom of Saudi-Arabia

“With all regret and sadness, I received the news of the death of my colleague and friend, Saleh Al-Humaidan. The man we worked with for years in the publishing industry, journalism and media, and who worked with enthusiasm and dedication for the future of our profession. His good memory will remain immortal in our hearts, and I will always remember that nobleman of high morals.” Mohammad Al Hammadhi, Editor-in-Chief, Al Roeya Newspaper, Member of the Advisory Board of the National Media Council, Abu Dhabi, United Arab Emirates

“I didn’t know him for long, met him perhaps 3-4 times but this was enough to realise what a decent, very humble person he was. The first time was in Dubai attending the WAN-IFRA annual ME conference. I liked his speech, made some comments, had a long discussion, ending up being friends. That was him, a simple person with an open heart, an open mind, no barriers while dealing with others. That is why it was easy to gain his friendship in a short time. I wish I had the opportunity to know Saleh Al-Humaidan more, but, unfortunately, that is not possible anymore. Will miss a great companion, a wonderful friend. May Allah pardon him for all his mistakes whatever it is, and grant him Jannah, Ameen.” Sameh Abdallah, Managing Editor of Al-Ahram, Member of the Egyptian National authority for Journalism, Cairo, Egypt

“We will remember Saleh for his absolute dedication to furthering journalism and media in the Middle East.” Laura Koot, Managing Editor, The National, Abu Dhabi, United Arab Emirates

“I had the privilege to get to know Saleh Al-Humaidan as a humble and powerful, gentle and straightforward, very smart and able to listening person. Forever I will be missing his inspiring company, his wise advice and his bridge-building gifting.” Gregor Waller, Principal Consultant Middle-East, WAN-IFRA, Germany