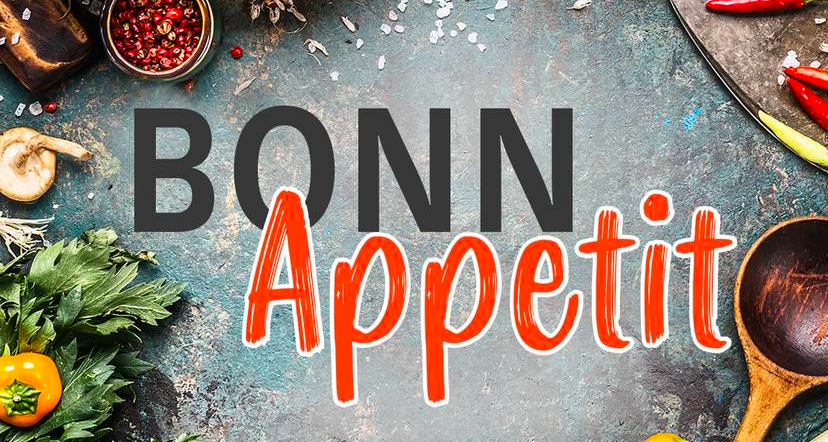 More than 600 people signed up for the newsletter before its first issue was published, and within weeks, that number more than doubled.

Today, just six or so weeks since Bonn Appetit launched, the initial goal of gaining 2,000 subscribers by the end of the year is already well on its way to being reached, says Sylvia Binner, Head of Editorial Development for General-Anzeiger.

Bonn Appetit’s open rate is also high, above 60 percent, and while they aren’t using reader-generated content just yet (but plans to do so are in the works), Binner says many readers are already happily sharing snapshots with them of the results of the recipes they have tried from the newsletters.

Founded in 1889, and today owned by the Rheinische Post Mediengruppe, General-Anzeiger employs around 120 people and publishes nine local editions in the Bonn area, which has a population of about 1 million people.

A total of 10 people work on the team that puts out the newsletter, she says, but all of them have other jobs at General-Anzeiger, so none of them works on the newsletter full time.

“We are all passionate about food ourselves,” Binner notes. “Our motto is: ‘Eating is more than just getting full.’ And we really believe that. That’s why we enjoy working as a team. Especially because our idea that people from all departments should be involved is paying off.”

Four of the Bonn Appetit team are reporters, and the other six roles are:

Binner says the decision to start a food-related newsletter was a two-part process.

“At first, we trusted our gut feeling. That’s not a bad way to go with this topic, is it?” she jokes. “Then we analysed the data. We saw that – depending on the method used [Personas and Google Interest categories] – we have between 560,000 and 750,000 foodies in the region. That’s when the decision was made.”

The newsletter is being promoted through all of General-Anzeiger’s regular channels (print, online, email), as well as through regular postal mailings and a variety of social media platforms.

As always with newsletters, the delivery time is important. Bonn Appetit is sent out on Thursday afternoons because that is when people are starting to plan their meals for the weekend and beginning to do the related grocery shopping, Binner says.

Bonn Appetit features an opening editorial and a mix of staff generated content. Recent articles have included advice on buying fresh milk from local farm stores, how restaurants are recovering from the COVID-19 lockdown, how people can reduce their food waste, and of course, recipes, restaurant tips, and listicles.

Local content, such as area restaurant openings and closings and recipes from Bonn chefs, are proving popular with readers, Binner says.

“Among the formats, it’s always the listicles that work well: the most beautiful beer gardens, the restaurants with a view or the tastiest food trucks,” she adds.

She also notes that articles about healthy food, vegan and vegetarian food or farm stores are getting good click-through rates.

Wine tips from a Master of Wine

As an additional bonus feature, Bonn Appetit includes weekly wine tips from Caro Maurer, the first woman in the German-speaking world to earn the Master of Wine certification. The notoriously demanding educational programme behind the Master of Wine title requires years of study, and is widely respected by wine lovers everywhere.

There are only around 400 MWs worldwide, and Binner points out that it’s rare for a regional daily such as General-Anzeiger to have one as their wine columnist. She adds that Maurer has been a regular contributor to GA for several years, and that it’s not unusual for the wines she writes about to quickly sell out in their readership area.

“She’s a great asset for us,” Binner says. “We’re still thinking about having a wine newsletter, and wine tastings with her.”

Bonn Appetit is among the products General-Anzeiger is developing as part of the company’s larger goal to increase the visibility of their content and to experiment with special audiences.

As part of these efforts, General-Anzeiger is also among the nearly two dozen news publishers that are taking part in the current edition of Table Stakes Europe.

Designed primarily for local and regional news organisations, Table Stakes is a programme to help drive digital revenue growth by re-focusing on audiences. Now in its second year in Europe, it is a collaboration of WAN-IFRA and Table Stakes architect Doug Smith in partnership with the Google News Initiative Digital Growth Programme.

General-Anzeiger currently produces four newsletters in total, and five more are being added this month.

They also have a number of developments planned around Bonn Appetit.

For example, Binner says GA is building a data studio that can measure conversions and successes connected to the newsletter as well as plans to introduce a foodie podcast.

“We are working on the video format of a cooking studio together with our first business partner, a German supermarket chain,” she says, adding that they are planning to launch in September.

Also under consideration are live events with their subscribers, such as wine tastings and cooking classes.

“Cooking school, wine tastings, kitchen parties with local chefs, food truck festivals – we have no shortage of ideas,” Binner says. “But we’re also thinking that we need partners for some things so we don’t overextend ourselves. As they say, we can only grow organically.” 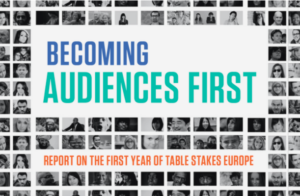