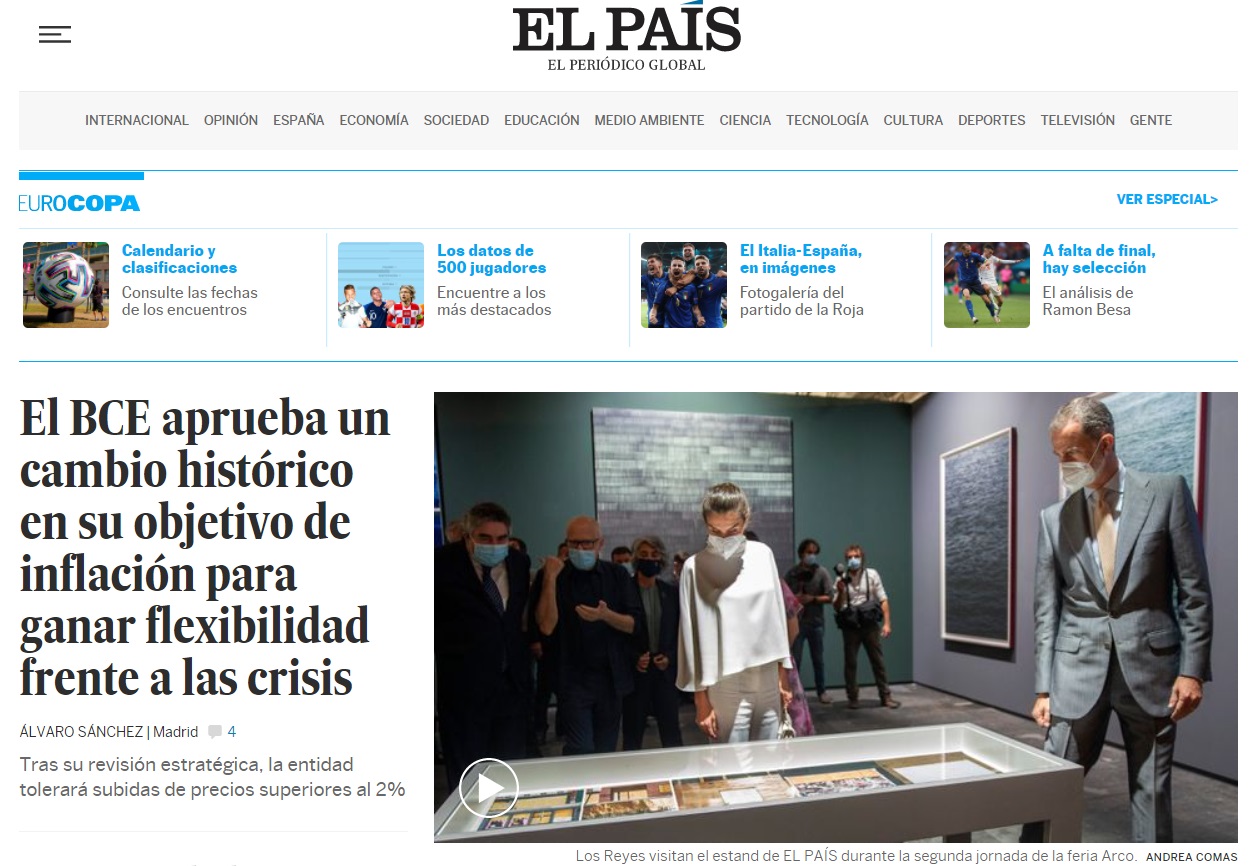 “A crazy story in the middle of a pandemic,” is how Borja Echevarría, Managing Editor of El País, describes their shift to a subscription model last year. But as crazy as it may sound, El País seems to have made it work, going from zero to 100,000 subscribers in 11 months.

One of the highest circulated newspapers in Spain, El País had been planning to move its digital version to a subscription model since 2017-18. They’d set the launch date as 1 March 2020. But then, the world as we knew it, changed.

Two days before the planned launch date, the newsroom had its first COVID-19 case. All the preparations went topsy-turvy. Staff started working from home.

“El País was already very late in moving to a subscription model. Probably it was late because El País was a pioneer,” said Echevarría, speaking to the audience at the recent WAN-IFRA News Room Summit.

The publisher had originally put up a paywall in 2002, making it one of the first general newspapers in the world to have one. However, two years later, the team decided to take it down because it wasn’t working as well as they’d hoped.

“It was in part the reason why El País waited so long to implement a subscription model,” Echevarría says.

A debate ensued within the top management as to whether to launch the subscription model during a pandemic or to wait.

The marketing campaign was already in motion and it was communicated through the newspaper that a metered paywall would be launched in the coming weeks. The CMS had been changed a few months before the decided launch date and the newsroom had gone through a big turmoil with changes within different departments.

“We thought if we were to go ahead we would surely get a lot of subscribers in the short term, but what about the long term? Our most loyal readers would appreciate an approach of service journalism during a critical moment for the audience,” remembers Echevarría.

It was also an opportunity for the team to showcase their best reporting. After weighing such possibilities, they decided to postpone the launch until May.

During March and April, the team built a different narrative similar to a membership model.

“We told them we were not starting the paywall but people could still subscribe and start paying. This way, by April we were already acquiring subscribers,” Echevarría says.

This was also the time El País saw its highest numbers in terms of traffic with 180 million unique visitors and 1 billion page views in April 2020.

“The exposure we had during those first few months of the pandemic was huge. People were home. They were addicted to news. And that mantra where you speak about putting your audience in the centre of your strategy, it worked naturally for us,” adds Echevarría.

Getting readers to register

One of the things that has been crucial in acquiring subscribers was making people register for free in advance, he says.

El País started a registration model in 2019, more than a year before it launched the subscription model, increasing the number of articles that went behind a registration wall. This helped the team to collect audience data, and understand a lot about the readers and their habits.

“Right now we are very close to 3.7 million registered users. As we know, registration is usually the step before someone wants to become a subscriber. About 80 percent of our subscribers are users who had previously registered. The propensity from registration to subscription is very high,” Echevarría says.

“When we put up our paywall in May all such tactics came into effect, and there was an avalanche of subscriptions during the first few weeks,” he adds.

400 journalists working around the world

Besides the registration strategy and the audience-centric approach, Echevarría says some key aspects from editorial have also contributed to the success.

El País has the biggest network of correspondents in the Spanish speaking world with about 400 journalists across the globe.

“When you are talking about the pandemic and the subsequent economic crisis, you are fundamentally talking about a huge global story. To tell that story you need journalists, boots on the ground. El País has journalists all over the world, and it’s one of those newspapers that didn’t shrink their number of correspondents during the crisis,” he says.

The media house has around 70 journalists outside Spain. This was critical for the daily in telling the global story and showing how different it is from its competitors.

Another important factor has been the publisher’s investments in health and science journalism during the past five to six years.

El País today has a team of seven journalists fully dedicated to science. There are about 10 journalists between the science and health sectors.

“We have also built a strong community around these topics with experts who have been very helpful during the pandemic. Not so long ago, in 2019, we also created inside the newsroom a strong team of data journalists that work together with our revamped infographics team,” Echevarría says, noting that most of the traffic during the first six months of the pandemic was coming from the stories produced by this team.

“We are thinking of doing some modifications in the kind of paywall we have. We believe that it’s important to be flexible in how you approach your subscription model and the different kinds of paywalls,” Echevarría says.

El País currently has a metered paywall that allows the reader to access 10 free articles per month.

“But we are starting to feel that since the most loyal readers already pay, we have to move to a different strategy. So we are working on what kind of movement to do in the next couple of months,” he says.

In terms of pure audience, the publisher now sees almost half of its traffic coming from outside Spain, mainly from Latin America and the United States. In terms of subscriptions, about 75 percent of the subscribers come from Spain.

“In the beginning, mostly for technical reasons, the subscription price was the same across the world. But that made no sense. We have to adapt to the realities of different geographies. So we changed it 7-8 months ago and now we have specific offers for Mexico and Brazil,” Echevarría says.

While El País has successfully overcome several barriers in its subscription journey, there is still some work to be done.

For example, challenges persist in terms of breaking silos, improving communication, building the new culture of working from home and so on. El País was print-centric for many years and that has also been a challenge during this transition.

Given that the move from one model to another happened during the middle of a crisis, the company has not been able to fill certain profiles that are essential for the digital transformation.

But Echevarría says El País is working towards addressing all of these areas.

“We need to think much more in terms of what the audience needs. We are closing a lot of verticals and a lot of blogs that El País has been running for many years. We are making tough calls on what we have to stop doing,” he says.

That’s not all. The newsroom is looking at elevating the quality of content, even if that means producing fewer articles. The KPIs are being changed and transversal teams are being formed. The publisher is also re-examining its processes, forming separate teams and content for print and the rest, and packaging the content differently.

“We are creating new positions in the newsrooms, in areas where we didn’t have a strong strategy like newsletters, podcasts, etc,” Echevarría says.