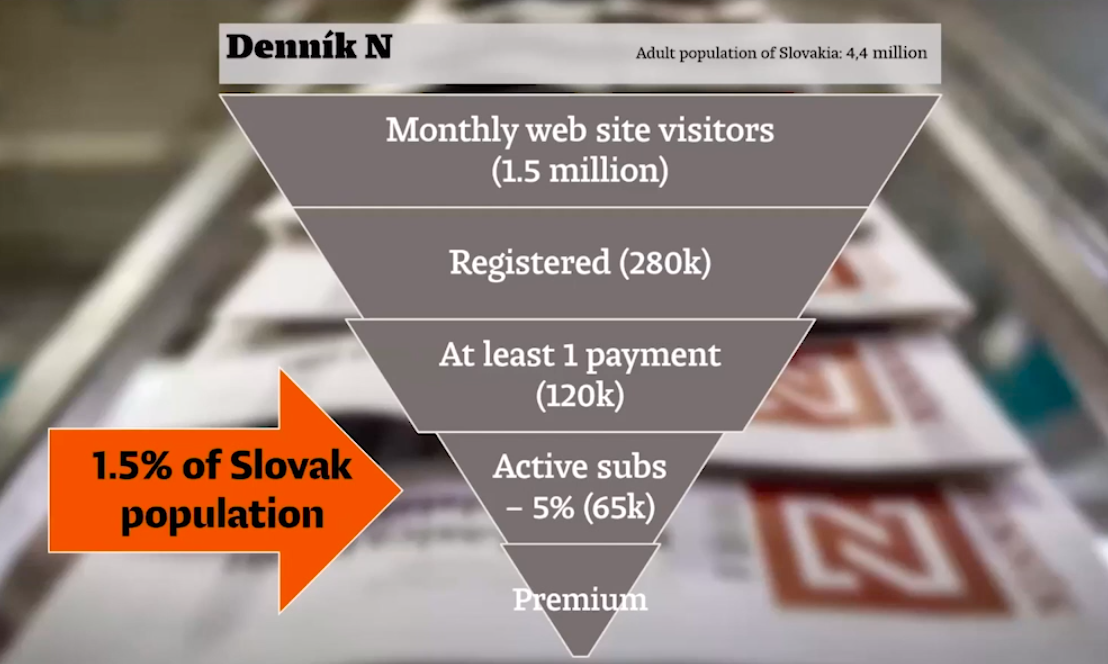 In August 2020, four years after the South China Morning Post (SCMP) made its articles freely accessible, the Hong Kong-based English-language newspaper brought back its paywall.

In the past year, the outlet has delved deep into digital subscription strategies, from playing with personalised conversion paths for readers, to setting up special squads that speed-test new services and disseminate learnings.

On the other side of the globe, Slovakia’s Denník N has focused on paid subscriptions from the start. Launched in 2014 by a group of journalists after the newspaper they were working at was bought by an oligarch, the outlet has built a profitable business purely based on reader revenue, with 65,000 active subscribers today.

While the two newspapers differ in many ways: the geographies they operate in, the size of their readership, newsroom resources and more, Adrian Lee, SCMP’s Senior Vice President of Marketing and Events, and Tomas Bella, Denník N’s Head of Digital, agreed that data-driven analysis of reader behaviour and editorial support are two key building blocks of success for digital subscription strategies.

Get to know your reader

One of the earliest things SCMP did when it pivoted to digital subscription services, was differentiate between the type of paywalls, Lee said.

First came the registration wall, which makes readers sign up for a free account before they can access more content. Then came the archive wall, which blocks older, evergreen content, and then the velocity wall, for articles that generate a high number of pageviews in a short amount of time.

“It was an interesting way to look at the monetisation of our content beyond [breaking news],” Lee said of the archive wall, adding that readers don’t just come to SCMP for breaking news, but in fact treat it as a kind of “knowledge portal.”

“On the flipside, we also started looking at how [we might] be able to monetise across high velocity or viral [pieces],” he added. “And the final piece we’re exploring at the moment is audience-specific article blockers.”

These target a special group of readers who show a “greater propensity to subscribe” based on a certain set of behaviours exhibited, he said.

The goal, according to Lee, is to build custom journeys for different audience segments and user types, looking at a range of markers that point towards subscription intent: frequency of visits, time spent per reading session, signing up for newsletters, buying event tickets and more.

Give journalists the right metrics

To explore the effectiveness of different subscription strategies, SCMP set up special squads for reader acquisition, engagement and conversion.

Together, the three teams work closely with marketing, editorial and advertising revenue, to speed-test new services and disseminate learnings. “We… make sure that there is buy-in across different business units,” Lee said.

Bella echoed the importance of editorial buy-in and support, but added that this had never been an issue for Denník N.

“We knew our only chance to survive [was through] subscriptions,” he said. “[We had] no other subscription department, it was just us journalists… so we always had to be involved in actually making this work financially.”

Denník N’s content strategy includes giving journalists daily data on how many new subscriptions and registrations each article they wrote sold, and which articles had zero conversions, Bella said. These metrics then affected their bonuses.

“It was very important for us to give the right metrics to journalists,” Bella said. “We don’t care about the pageviews anymore, because that was the old business model. [With the advertising model] the more pageviews you have, the more money you have, but it’s also in a way damaging journalism,” he added, citing salacious headlines and clickbait pieces.

“We want to measure what people really value, and measuring what people buy is actually much closer,” he said.

While tying subscription metrics to bonuses might be controversial, Bella said Denník N is giving journalists the freedom to make their own decisions, while nudging them with data and bonuses to produce pieces that readers value.

Focus on subscriptions to improve journalism

“[People] want to read something they haven’t read before, [something journalists] put a lot of effort into,” Bella said. The team found a high correlation between what journalists believe to be good journalism, and the types of articles people buy.

Within seven years, the outlet managed to get 1.5 percent of Slovakia’s population to subscribe, starting from a base of zero, Bella said. The newspaper is known for its investigative pieces on the Slovak mafia, corruption, kidnappings by the state police and more.

Lee adds that building a strong brand is also important for subscriptions.

“We think of brand performance a bit like a tree,” he said. “Subscription and performance of pieces are effectively picking the fruit, but if you don’t invest in the brand, that tree will eventually die, and it becomes harder and harder, and actually more expensive, to drive performance.”

Quality content that delivers value for readers, driven by a focus on subscription metrics, could be a big part of that.

About the author: Sheryl Lee is a multimedia journalist based in Singapore. She covers Southeast Asia for Mongabay and has reported extensively on science, business, environment and politics across news organisations including The Associated Press, Bloomberg and The Straits Times in Singapore and Hong Kong. She has degrees in Accountancy and Business Analytics from Nanyang Technological University in Singapore.