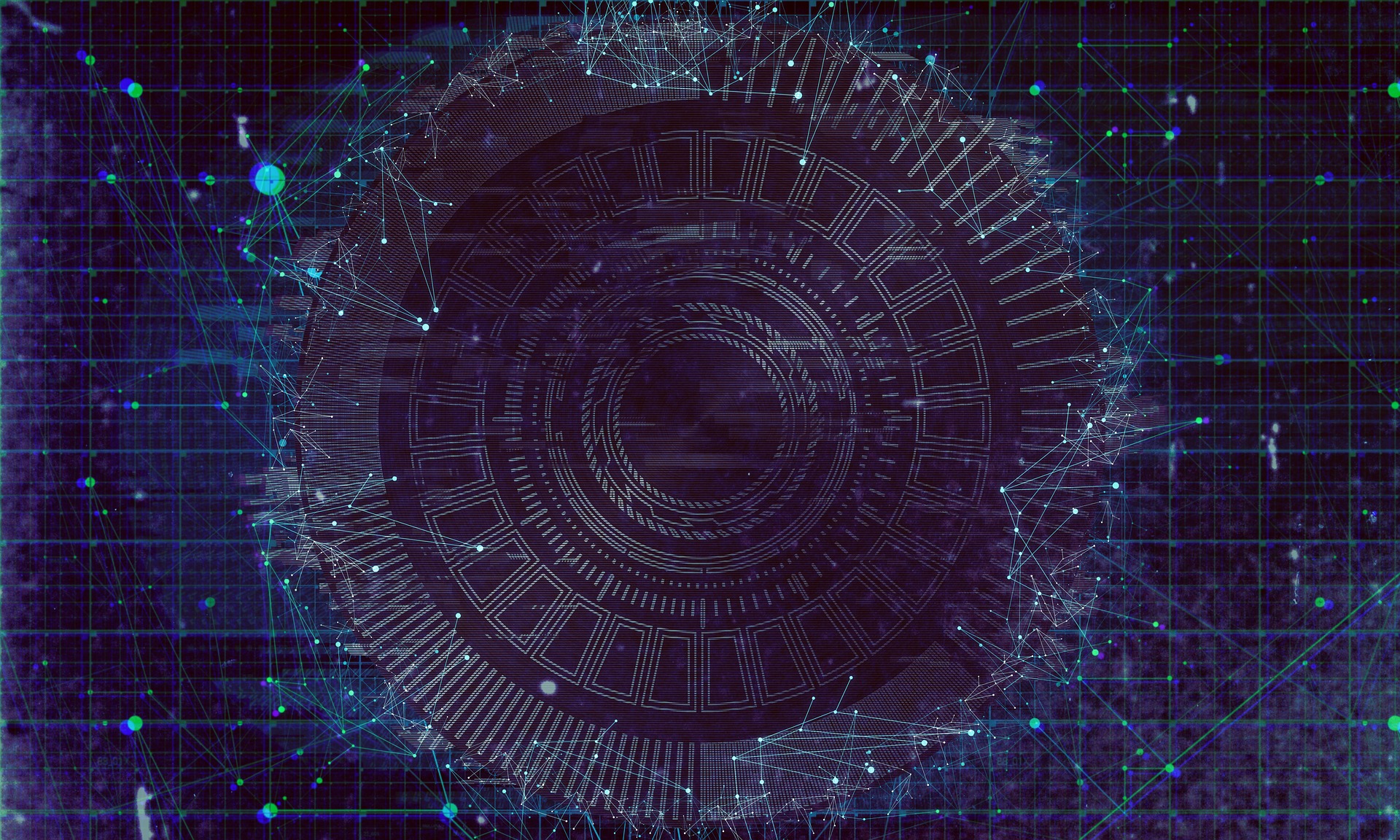 TNL Media Group of Taiwan grew from a staff of three in 2013 to a group consisting of six media brands and 10 different companies with more than 200 employees today.

Joey Chung, the co-Founder and CEO of TNL Media Group told the audience they started as a one brand publisher focusing on producing independent, high-quality content that was free from bias with no corporate agenda.

When they expanded, they first grew their content brands by launching four editions of TNL (The News Lens) including a Southeast Asian edition and an international edition. From 2018, they acquired such companies as INSIDE, the TechCrunch of Taiwan, Sports Vision, Taiwanese gadget publication Cool3C, and Agent Movies, the IMDB of Taiwan.

In the past 18 months, they started acquiring companies that were adjacent to their business including EK2A, a big data market research firm (TNL Research), Ad2, one of the largest mobile ad tech companies in Taiwan, a communications firm (IMC Digital), and finally this year, they launched their own AI-driven customer data platform (CDP), DataEX.

DataEx enabled them to identify and unify all the data across all of their media groups and to monetise that through market research, Software as a Service, or consulting services to corporate and government clients.

Chung said his company’s growth was evolutionary, sensible and natural, with each step guided by their advisers, mentors and investors. The complementary businesses they started allowed them to smoothen the volatility of the media advertising market.

As TNL acquired more companies, Chung said it “increases the data sets we are collecting. The data sets we are able to identify, monetise, clean out, and also start funnelling into the mar tech, ad tech and the AI CDP part of the business for the monetisation part.” Mar tech and ad tech refer to software and technologies used by marketers and advertisers.

Chung illustrated the strategy with a mall bookstore analogy.

“The media part of our business is like a bookstore within a mall, a very famous bookstore that anchors the mall,” he said. “A lot of people come to the mall because of the bookstore. Everybody knows it is extremely challenging for bookstores to make money. The mall in itself makes money from the food court, from the movie theatre, from the retail stores, from all the other services that are complementary towards the fact that so many people come to the mall for the bookstore but leave and actually consume some of the other retail services.”

The media part of the business not only enabled them to build good brand equity, it also allowed them to understand what their readers wanted and were interested in, Chung said.

As publishers, they were able to gather data as independent first parties and using this data, they were able to create mar tech, ad tech, big data products, run online and offline events, and conduct market research. This enabled them to monetise and sell that access to their clients at the same time still respecting editorial integrity.

Chung said the biggest challenge with so many different brands was to unify the data points across properties to have a consistent set of data for their 18 million users.

It took them close to a year to achieve this and enabled them to launch their own AI CDP, DataEx. Following that, the acquisition of Ad2 allowed them to map third-party data with their clients’ data and to start monetising that.

Referring to a question about how they decided what to integrate, Chung said, “Anything that helps us save money or earn more money, we will integrate … The whole point of being a media group is to create that synergy. Each bundle should get bigger and bigger.”

Despite the technology emphasis of late, Chung said at the core, they are still a media company.

“It’s important for us to create more impactful content and build our media influences – more interaction, more stickiness, more trust, with our readers to understand what they want, to provide more of what they want, and also to gather more data points,” he said.

“So very much of our realisation of the last 24 months is that the data and the monetisation products go hand in hand with the media part as both of us continue growing and scaling one wave at a time,” he said.

Looking to the future, Chung said they are still missing two to three verticals – female interests, health, and finance and business. If they manage to establish these verticals, he is confident of growing their unique users to 25 million.

Besides growing their media brands, TNL also has ambitions to offer offline services such as digital TV, public screens and other media extensions.

“We should be able to plug-and-play future data sources into our ecosystem and optimise the potential that hopefully we spent the last few years building up.”

“We are one of the largest independent digital content plus tech service plus data analytics platform,” is how Chung said he would now introduce the company to the market and new partners. “I truly believe the media part of the business, and the tech and the data part of the business, will only get more and more integrated going forward.”

Vincent Martin, co-Founder & Managing Director of Jixie, which manages Kompas Gramedia’s data flow, ad inventory and reporting, shared the group’s journey in taking control of the data of its users to maximise the value of its advertising inventory.

Kompas is a leading media group in Indonesia founded in 1963. Today, it has multiple media assets including the largest newspaper in Indonesia, magazines, a television channel, numerous digital assets as well as a bookstore chain and hotels.

In 2020, it incubated Jixie to develop data capabilities for optimising revenue of publishers after Google announced the phase-out of third-party cookies in Chrome. Kompas decided this would be the best option as dedicated skills and capabilities are required to build, process, understand and value the data.

‘A huge opportunity for publishers’

“This is a huge opportunity for publishers because it will change the rules of the market,” said Martin about the planned withdrawal of third-party cookies.

Kompas’ plan to take direct ownership of users’ data is not just about monetisation but also to improve loyalty, user experience and to protect the privacy of users.

In the current digital media advertising ecosystem, the publisher only gets 17 cents for every dollar spent by the advertiser. This is because there are lots of intermediaries who collect, process, make sense of data and send this information to advertisers – all at a cost.

With the 2023 disappearance of third-party cookies, the digital media ecosystem will be disrupted. Third-party cookies are used to store user information, often without their consent, and are used by intermediaries to track user behaviour.

Publishers will have the role of gatekeepers, determining who can have access to their data and forcing participants in the media ecosystem to work with them. Agencies will be incentivised to go directly to publishers as only they will be able to provide data to partners, agencies, and advertisers.

To benefit fully from the shut-down of third-party cookies, Martin believes publishers should take control of their data and create unique ad formats that advertisers must go directly to the publisher for.

“You can de-commoditise only if you first collect the data because advertisers are data addicts. For a long time, they are used to getting data from the big advertising platforms. If you are not able to produce the same quality of information … they are not interested,” he said.

Jixie identified four areas of focus to solve publisher-oriented problems and decided not to dedicate resources on solving advertiser-oriented product issues as these solutions were already available in the market.

Number one is to collect, process and control access to data by working with approved partners to store data and integrate selected third-party trackers. These partners can build their own wrappers that allow them to control who can access the data and how often.

Two, as it is important to increase revenue and at the same time consider user experience and privacy, Jixie optimised existing sources of advertising demand by controlling data flow from Kompas.

Three, to differentiate from ad networks, it reinforced direct demand by developing very specific ad formats that are innovative and distinctly different. This is because if advertisers can buy their inventory using an ad network, they won’t deal directly with Kompas. . Being the publisher allows Kompas to have formats that are not completely IAB compatible and to also provide enhanced reporting.

“What we believe is that if we are completely transparent and really share the data, in that case, the trust will be there and then perhaps we need less intermediaries in the game and then more money going to the publisher,” said Martin.

He went on to caution other publishers not to underestimate the complexity of starting such a business. It requires specific skills. Capturing and processing billions of data events in real time while managing to keep costs down is a challenge, especially in a large archipelago like Indonesia.

Furthermore, Martin believes that as a publisher, Kompas needs to be open, acknowledging that not all advertisers will go directly to the group.

“The openness and being able to connect all our demand partners, our third- party data partners and the world’s programmatic ecosystem necessitate some dedicated technologies,” he said.

During the past year and a half, Kompas has collected more than 100 million certified user profiles in Indonesia that represent between 40 percent and 60 percent of internet users in Indonesia. This enables the group’s entities to know the interest, intent and attitudes of users. With this data, they are then able to work on content optimisation in concert with their editorial teams, identifying the correct content to engage the users with.

Also important is format optimisation, which means the user is presented with content in the preferred format.

For example, a user may favour video over reading an article about the same subject or have a preference for consuming the content over a particular platform like YouTube. This increases engagement.

“Data is not only about monetisation … but it is also about how to optimise the content and optimise your website,” Martin said, advising participants not to be too obsessed with using data for monetisation.

In terms of results during the past 18 months, Kompas almost doubled the click-through rates of its campaigns and doubled the conversion rate when users were sent to e-commerce platforms.

By optimising the demand source and sources of demand and matching that demand to the right user, outstream revenue increased two-and-a-half times. There was also a 43 percent increase in video engagement.

While it started well, Martin acknowledged there is much work to be done.

“What we have proven so far is a publisher having publisher-focused tools can work,” he said. “It is really a plus for the publisher. You need scale because you need scale to do that. It attracts advertisers and advertisers like to talk to us because they like to have direct access to the publishers so there is clearly a future there.”

About the writer: Lee Kah Whye is Director at Project Mercury, a media business consultancy. Prior to this, he spent nearly 20 years at Reuters and was head of the news agency business for Asia.

Image by Pete Linforth from Pixabay.