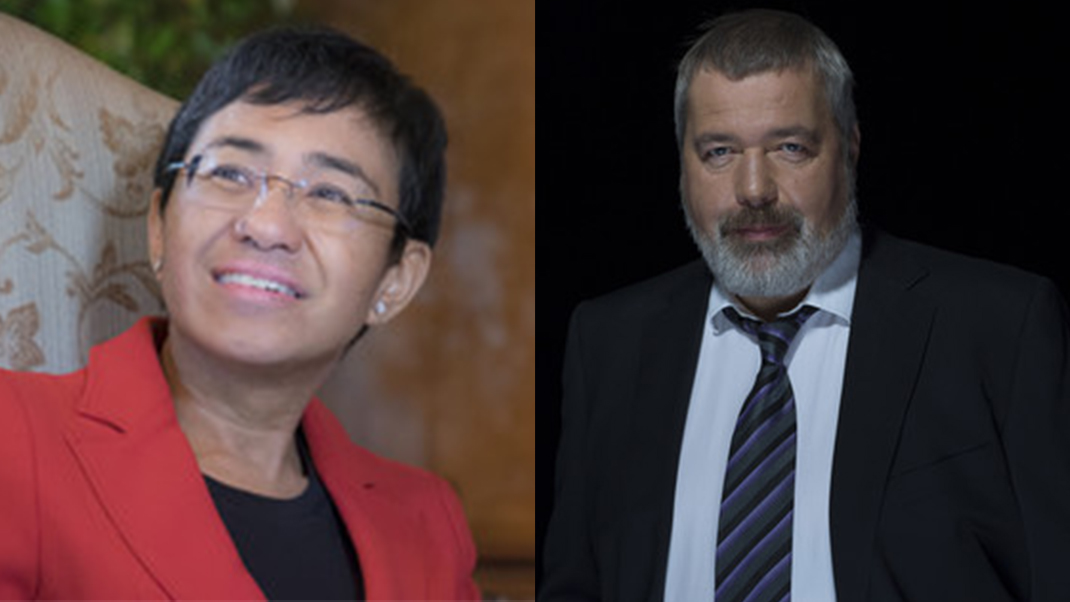 The 2021 Nobel peace price has been awarded to journalists Maria Ressa of the Philippines and Dmitry Muratov of Russia.

The Nobel committee chair, Berit Reiss-Andersen, said today’s awards were made for “their efforts to safeguard freedom of expression, which is a precondition for democracy and lasting peace.”

“I don’t think this is me, I think this is Rappler. I have – we have – all along said this since 2016, that that we are fighting for facts. And when we live in a world where facts are debatable, when the world’s largest distributor of news prioritises the spread of lies laced with anger and hate, and spreads it faster and further than facts, then journalism becomes activism… In a battle for facts, I guess what this just shows is that that the Nobel Peace Prize committee realised that a world without facts means a world without truth and trust.”

Maria Ressa has been a journalist in Asia for over 30 years, with a career spanning various media. Her interest and talents in technology and new media were an impetus for her becoming one of the founders and eventually the CEO of Rappler, a social news network that aims to inspire community engagement and fuel social change. It became one of the first websites in the Philippines to use online multimedia such as video, text, audio and photos, incorporating social media sites for distribution.

Since the 2016 election of President Rodrigo Duterte, Rappler has fallen victim to a deliberate and highly targeted online campaign by supporters of the controversial head of state that seeks to discredit the media organisation and drown out criticism.

Responding to the news, Dmitry Muratov, editor in chief of Novaya Gazeta, said:

“We will continue to represent Russian journalism, which is now being suppressed. That’s all. We will try to help people who are now labelled as ‘foreign agents’, who are being attacked and expelled from the country.”

Novaya Gazeta has been described as the only truly critical voice with national influence in today’s Russia, known for its in-depth investigations on sensitive issues such as high-level corruption, human rights violations and abuse of power. With such notoriety comes the ‘reward’ of rarely escaping the invasive eye of the authorities and their all-powerful board of censors.

Tragically, Novaya Gazeta has paid the heaviest price for its investigative and pioneering work worldwide; six of its journalists have been killed in retaliation for their work or have died under suspicious circumstances, and many of its staff receive regular threats. The most prominent casualty was investigative journalist Anna Politkovskaya, who gained international recognition for her independent coverage of Chechnya and the North Caucasus. On 7 October 2006, she was shot and killed in the elevator of her block of flats. Those responsible for ordering her killing have never been identified.

WAN-IFRA congratulates Maria and Dmitry for their prestigious award. The hope is that it serves to make safety of journalists a priority worldwide and further underlines the need to safeguard quality, fact-based journalism.

“This is very good news for credible journalism, which has come under great stress and strain in recent times. Both Maria and Dmitry have been tireless and courageous in their efforts to report the news as they see it. This well deserved recognition by the Nobel committee will help encourage them and also serve as a source of much needed inspiration to journalists everywhere.”