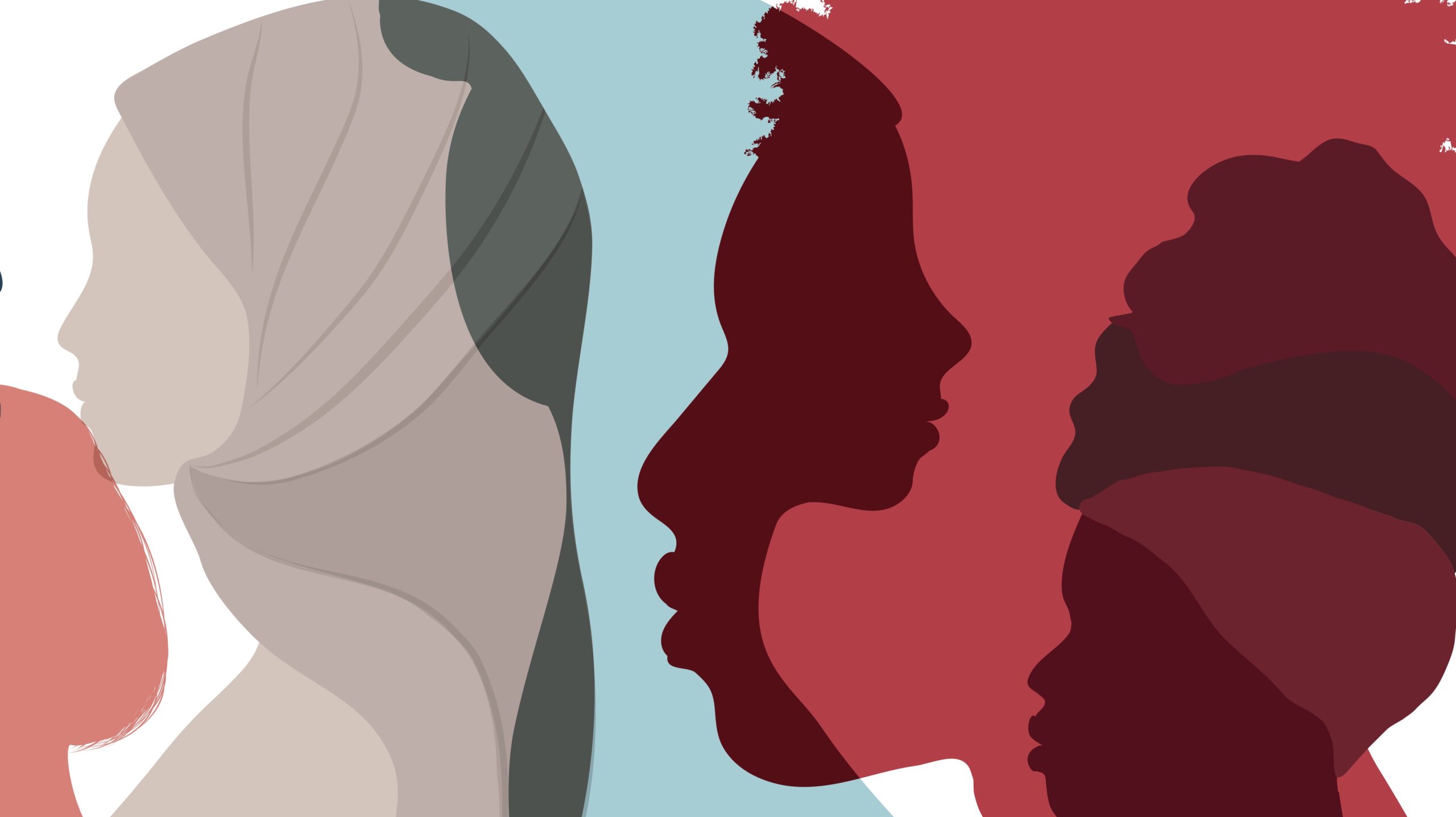 It’s been almost 10 years since the publication of “No Woman’s Land: On the Frontlines with Female Reporters,” the first book dedicated to the safety of women journalists and one that has become a touchstone for conversations and advice about this subject.

Almost a decade after I co-edited this book, our female colleagues still face significant harassment in their work – be that in the field, in newsrooms and online.

In recent months, I’ve heard of and from many female colleagues who have experienced gendered harassment in relation to their journalism, and witnessed the toll it is taking on their mental health.

Many say they have suffered at the hands of more senior colleagues, often in newsrooms, abuses of power in an industry long dominated by men, and often certain men: white, straight and university-educated.

Others are being attacked online, where virtual violence directed at women is frequently sexualized and where threats of rape are a regular occurrence, too often passed off as just another part of a journalist’s job description, too seldom taken seriously because they are not real-life threats.

For too long, women have felt to blame for the bad things that happen to them, regarded as the problem or the people who need to provide the solution. It’s clear our industry needs to do more to create spaces where women feel supported, believed and safe. Otherwise, it runs the very real risk of losing the diverse perspectives and access women can bring to stories and communities long underserved.

Of course, women aren’t all the same. Expressions of gender do not conform. However, where it combines with other characteristics that are marginalized by our society and media, people are likely to be even more vulnerable.

The past few years have been increasingly stressful for journalists, with our profession under attack in different ways. Where journalists are targeted, the harassment intersects frequently with their identity and when they are female, then the harm is often sexualized.

I’m not sure exactly what has prompted so many separate women to speak about their experiences recently, albeit largely still behind closed doors. I remember a similar time four years ago when the #MeToo movement had many of us sharing our experiences of harassment at work.

Back then, I listened in awe as my brave colleagues shared their experiences and watched with sadness at the way in which so little changed after they had. I heard of colleagues turn down deployments and walk away from stories, some quitting the industry because of the risks they faced, the trauma they endured, the way in which their experiences defined them in the eyes of others and sometimes made them a liability – regarded as the kind of woman who shouldn’t cover that kind of story again.

I suspect some of this recent rise in conversations is in part down to the increasing attacks journalists are facing and, in the United Kingdom at least, the manner in which the horrific murder of Sarah Everard unleashed such rage in many women, who are angry and exhausted by the daily decisions we make to stay safe and all the times we’ve suffered unacceptable behaviour from others for which we are too often blamed.

The past few weeks have reminded me of some of the times I was exposed to harassment in my work, incidents I suppressed over time, sometimes because it was my brain and body’s way of protecting me, sometimes because I had been conditioned to believe they were an acceptable part of our industry’s culture. The past few weeks have made me reconsider events I felt ashamed about for a long time because they existed in a grey space where I did not know if it was my fault as a junior journalist that I let something happen to me.

My experiences of gendered harassment in journalism are many. There was the time I was invited to the home of a newsroom executive, where he told me his marriage was failing. The time a more senior colleague took me shopping after a story was pulled and suggested I buy a little black dress and style myself for the job I wanted not the one I had. There was the time I went to a lap dance club because I was regarded as one of the lads, and the time I was given a man’s bulletproof vest which didn’t fit me (because the women’s ones cost more). There was the time when I was targeted with a death threat for daring to speak at a university about women journalists on the front line.

For each of those incidents, there were also times too many to remember when I was propositioned by interviewees who expected something in return for them answering my questions, the knee grazes, the suggestive comments, or gazes. There were all the times I was considered less of an expert in a certain field – like safety – simply because of my sex, all the subtle other sexist attitudes I faced that undermined my sense of self.

Then there was the time I was sexually assaulted and later raped by men I met through my work, and the abusive relationship I fell into as a result of my journalism.

There were all the times I stayed silent about my experiences because I was worried I wouldn’t be believed, or that I would be blamed, or that I was bringing it on myself, or that it was just part of the job, or that admitting these experiences would be admitting I couldn’t cope. There were all the times I kept quiet because I was scared that speaking out would ruin my reputation and my career.

These experiences have made me recognize that if they happened to me, it’s likely similar things happened to others, too. When I first spoke openly about my mental health, many people told me I’d helped them feel less alone.

These specific experiences of sexual harassment and abuse are things I have rarely spoken about, some of them incidents that caused me significant trauma, that shaped my professional and personal decisions. Some of them prompted me to engage in self-sabotaging behaviour as I tried to understand how my beloved industry could still allow cultures like this. These are the motivations behind my passion for gender safety, for wanting to publish “No Woman’s Land” 10 years ago, for wanting now to work in this space to support others across our industry to create a more supportive and inclusive culture where we do not need to live in fear.

I’m often asked what we – the collective news media “we” – can do. There are many things we can do. This is not an exhaustive list, though I am happy to work with anyone open to discussing a more comprehensive list.

We can start by understanding the spaces we currently create are not necessarily those where people feel safe to speak about their experiences, particularly those people who do not look like the leaders of our newsrooms and those with different perspectives from the status quo.

We can work to create those more supportive spaces, to regain the trust of marginalized journalists in our media industry.

We can listen, really listen. We can take time to hear, and to process and to not blame.

We can make sure we do not minimize people’s experiences. As leaders, the onus is on us to show what is acceptable and what is not, to communicate effectively and empathetically in ways that do not exclude others. Sure, in an ideal world we have policies that take a zero-tolerance approach to harassment, but walking the walk and talking the talk have long been at odds in our industry.

We can look at everything individuals can achieve and bring to our journalism, and what we risk losing if we cannot retain these talented, tremendous people.

We can make sure we do not treat them as a liability if something has happened to them, nor define them by that experience, and ensure we do not punish them for what they endured.

We can ask ourselves what we do to change things, rather than put the onus on the one who suffered.

We can ensure women and minority journalists have opportunities to rise up in their careers and in conversations at work, that we give credit where credit is due, and we can create cultures where women are also the decision-makers and not the fall girls.

We can take the time to recognize how exhausted many women are at constantly being judged and undervalued, of being forced to take steps to mitigate other people’s behaviour, of being subjected to everything from microaggressions to major harassment, of the stories we tell about other women who have suffered, too.

We can take the time to learn to be good allies, and speak out where possible, to call out unacceptable behaviour, to understand the health of our journalists is a barometer of our wider communities.

We need women journalists to feel safe and supported, to feel believed and empowered, to be listened to and to lead, to be valued for the roles they play and the perspectives they bring, for the stories they own and the stories they tell.

This article was first published by Poynter and is republished with permission.

About the author: Hannah Storm, is a media consultant, trainer and speaker, specialising in journalism safety, online harassment and mental health. Hannah speaks openly about her own experiences of post-traumatic stress and her recovery, and it’s her lived experience and professional expertise that led her to establish Headlines Network, a company which works to promote more open conversations around mental health in the media. She tweets as @hannahstorm6